The High Street coffee with THREE times the caffeine of a can of Red Bull: Costa flat white is revealed as strongest on the market amid fears people could unwittingly consume too much 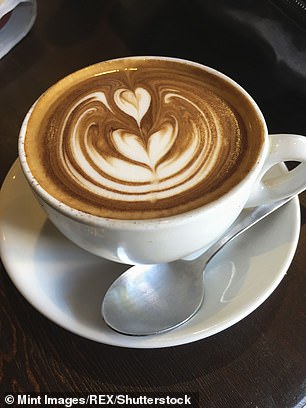 Costa Coffee’s flat white has the most caffeine of any regular-size drink on the high street, boasting more than three times the stimulant found in a can of Red Bull.

The coffee chain, which is Britain’s largest and most popular, typically uses between two and four shots of espresso in their drinks, depending on size.

A ‘medio’ flat white, made with three shots, contains 277mg of caffeine, whereas a 250ml can of the Red Bull energy drink contains 80mg, according to a report submitted to the government’s committee on toxicity, which is investigating energy drinks.

One shot of Costa’s espresso contains 92mg of caffeine, whereas a typical cup of tea contains roughly 40mg.

The recommended limit for adults is 400mg of caffeine a day.

Ted Kallmyer, the editor of Caffeine Informer, which publishes information about caffeinated drinks, told The Times: ‘It is important that consumers understand caffeine better and the amount that is right for their body.

‘Some coffee companies are lagging behind in disclosing the amount of caffeine in their drinks.

‘Some people will be having more caffeine than they think they’re having. Two flat whites can put you over your recommended limit. The main problem is if it affects your sleep, it can then have other health effects because sleep is so important.’

The British Coffee Association states that drinking the beverage can have ‘positive effects on an individual’s alertness and concentration’, as well as alleviating symptoms of the common cold. 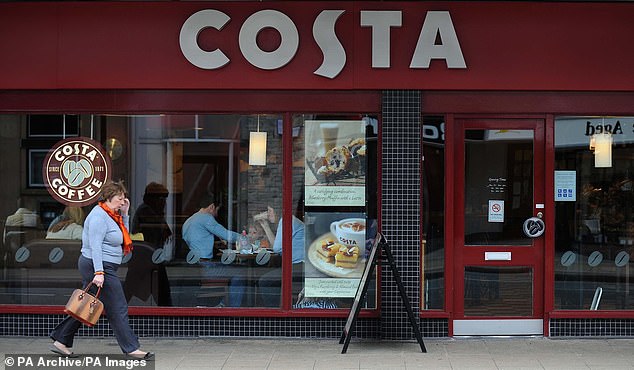 Costa, which is Britain’s largest and most popular coffee house, uses between two and four shots of espresso in their drinks, depending on size

The website lists extreme cases where individuals have suffered injury and even died due to caffeine overdose – though these cases involve very large quantities of caffeine, far more than any high street cup of coffee.

In one recorded case, 19-year-old James Stone died in 2007 after consuming 25 to 30 No-Doz caffeine pills to stay awake – the equivalent of drinking 30 cups of coffee.

Earlier this year a father-of-three suffered a brain haemorrhage after downing 25 cans of Monster and Red Bull in six hours.

Nick Mitchell, of Wakefield, West Yorkshire, said the drinks ‘are as bad as drugs and should be banned’.

An inquest in September this year heard that English and French student Marty Dragonova, 20, died after overdosing on caffeine tablets after taking the equivalent of 147 cups of coffee.