Costco (COST) has turned into the ultimate safe-haven investment (yet again) as markets have gotten uprooted due to the Russian war on Ukraine.

Shares of the warehouse giant have gained about 8% since the war began in late February. The S&P 500 and Nasdaq Composite are down slightly during that same span. Walmart's stock (WMT) is up 5%

First is that Costco is a mostly U.S.-focused operation, meaning less relative geopolitical risk to the stock price.

The company operates about 69% of its warehouses in the United States. Costco has no stores in Russia or Ukraine, and only two locations in China.

Secondarily, Costco operates hundreds of gas stations in the parking lots of its warehouses. These pumps are often the last in a town to raise prices during inflationary periods, per Costco's long-time focus on being the cheapest on gas. 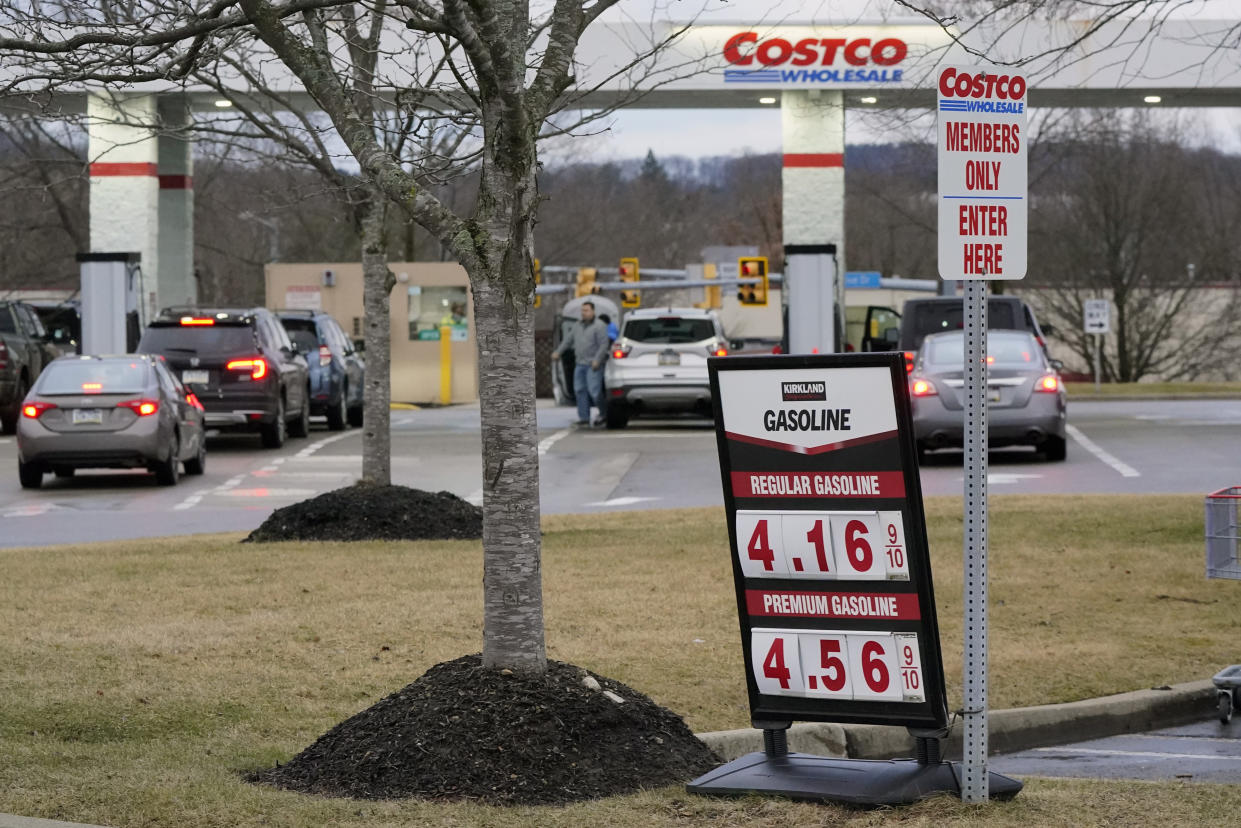 In turn, Costco usually sees an influx of traffic into its warehouses when gas prices rise as shoppers fill up on cheaper gas and then go inside the store to stock up in bulk on food to save money.

Wissink has a Buy rating on Costco's stock with a $650 price target.

And lastly is the likelihood that Costco lifts membership fees later this year, which could be a major tailwind to the stock.

Costco's last membership fee increase kicked in on June 1, 2017. It took its Gold Star membership fee up $5 to $60. Executive membership fees increased by $10 to $120. At the time, the increases impacted about 35 million members.

But with inflationary pressures in areas like labor and transportation still running hot, a hike in Costco's membership fees would go a long way to alleviating pressure on profit margins.

And it could also be very beneficial to Costco's stock price, if history is any predictor.

Brian Sozzi is an editor-at-large and anchor at Yahoo Finance. Follow Sozzi on Twitter @BrianSozzi and on LinkedIn.