‘It looks like a rat!’ Council baffles townsfolk by putting 16ft-high skiing MARMOT costing £4,200 at centre of its Christmas display

A festive war is unraveling in a small market town after a giant skiing marmot was revealed as the centrepiece of its Christmas display.

The ’embarrassing’ 16ft model erected in Alton, Hampshire, sparked a furious backlash from residents, who said, ‘anything would be better than a giant skiing rat’.

The structure features hundreds of LED lights and cost £4,200, but many questioned why the town council felt a marmot – which is not found in the UK and generally hibernates through winter – was the best choice. 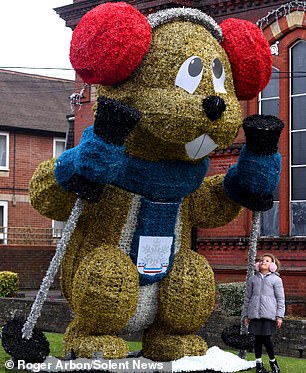 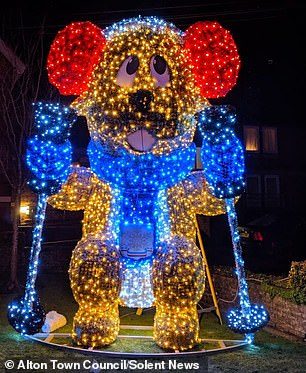 WHAT IS A MARMOT? 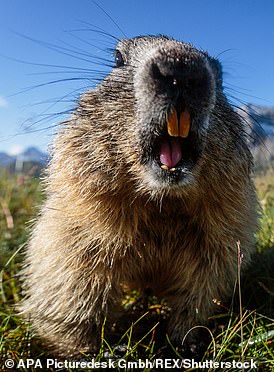 The Marmot is one of 14 species of giant ground squirrels found primarily in North America and Eurasia.

The closest living relatives of marmots are ground squirrels and prairie dogs.

Marmots are found north of Mexico and from the European Alps through north-central Asia, the Himalayas, and northeastern Siberia to the Kamchatka Peninsula.

They inhabit open country in mountains and plains, and forest edges.

Marmots hibernate in winter, most of them deeply, although some may emerge from their burrows for short periods on mild winter days.

The council has nicknamed the ear-muff-wearing alpine rodent ‘Marmite’ following its ‘love it or hate it’ reception.

Until 2017 a traditional tree stood in the prominent spot every Christmas, but this year’s structure was chosen at a full council meeting from three designs, with the marmot pipping a polar bear and giant baubles.

Jane, who works at the town’s Curtis Museum, wrote on Facebook: ‘What even is a marmot?

‘You might get unusual decorations like this in big cities like London but I don’t think it’s a good idea in a town like Alton. I’m not sure a skiing marmot make much sense – we don’t even get much snow in Alton.’

Barista Benji Coates, 23 said: ‘It doesn’t really fit in here, although I am not sure it would fit in anywhere. The fact they have put it behind a war memorial is interesting. Maybe that wasn’t the best idea.

‘If anything, maybe a snowman would have been a good idea? Just something festive rather than a giant skiing rodent. Basically anything that wasn’t a rat would be good.’

Posting on Facebook, Frances Bower said: ‘So is this what we have paid for as a community? A fancy skiing giant rodent?

‘Did the 3 wise men ride these instead of camels? Or did the shepherds watch their marmot flock by night?’

‘Whatever it is, it has no relevance to Christmas, it’s embarrassing and just plain ugly. I struggled to like the Christmas hat we had last year but this is another low.’ 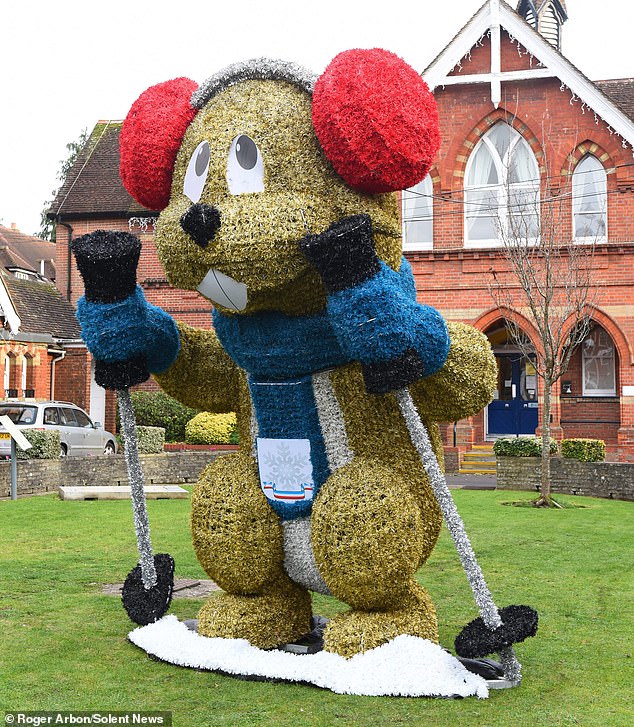 Town council leader Pam Jones said: ‘It was really about choosing something that would attract people to the High Street and bring a smile to people’s faces, particularly the children.

Town clerk Leah Coney, 42, said today: ‘Christmas is now such a diverse time of year. It’s not just about the traditional, now, and everything is pretty secular in its outlook.

‘We used to have a traditional tree outside the Assembly Rooms but some people would say it was boring so we though we’d do something quirky and hope to attract more people to the town and give the high street a boost.

‘You are never going to please all the people all the time and in many ways we have achieved what we wanted which was to get people talking about Alton.’ 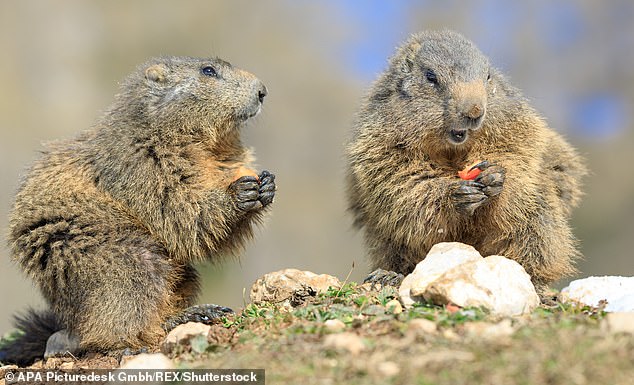 The massive ground dwelling squirrel was put in place on November 19 and will remain there until it goes back into storage in January.

The town’s festive decorations were funded by the authority’s £20,000 ‘Yuletide’ budget, along with support from local businesses. A traditional tree stands at the south end of the town in the market square.