Couple are held at gunpoint in their £3m home while their young daughter sleeps upstairs as robbers steal £400,000-worth of jewels in Valentine’s Day raid

Masked robbers took £400,000 worth of watches and jewellery while threatening a couple at gunpoint in their £3million home.

Julian and Anna Tendler had been out at a Valentine’s Day dinner but when they returned to their north London property they were ambushed by two men.

Mr Tendler was pistol-whipped before he and his wife were marched into their six-bedroom detached mansion in Totteridge, Barnet as their young daughter was sleeping upstairs, the Evening Standard reported.

Mrs Tendler, a 39-year-old pilates instructor, told the paper: ‘My husband parked his Porsche. There was a man wearing a balaclava with a handgun pointed at us. I got out of the car and another guy rushed out the Land Rover. He threatened to shoot me and I froze. 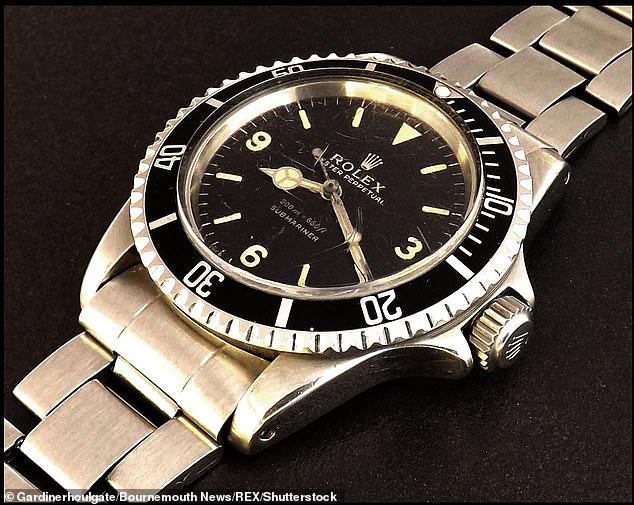 The robbers swiped eight ‘extremely rare’ collector’s edition watches from the safe, including some made by Rolex (stock image)

‘They were waiting in the road for us to come home so they could ambush us.’

Clothing business owner Mr Tendler, 52, said he tried to fight back but was hit over the head twice with a gun as the robbers screamed at him to ‘get in the f***ing house’.

He was then forced into the office, thrown to the ground and hit over the head again before being ordered to open the safe, Mr Tendler said.

As the couple’s nanny made a run for the door one of the robbers threw her to the floor, Mr Tendler said. The nanny then ran upstairs and locked herself in the couple’s daughter’s room.

The robbers swiped eight ‘extremely rare’ collector’s edition watches from the safe – made by Rolex, Chanel, Audemars Piguet and Richard Mille – along with engagement and wedding rings the couple were wearing, Mr Tendler told the Standard.

Both suspects left the scene in their own car and no arrests have been made so far.

The raid, which was the latest in a series of five targeting rich residents in a four-mile radius of the property, started at approximately 10.15pm and took less than three minutes.

Police say there have been ‘several aggravated burglaries’ in the region recently, and senior officers have tasked a ‘dedicated operation’ to find the culprits. 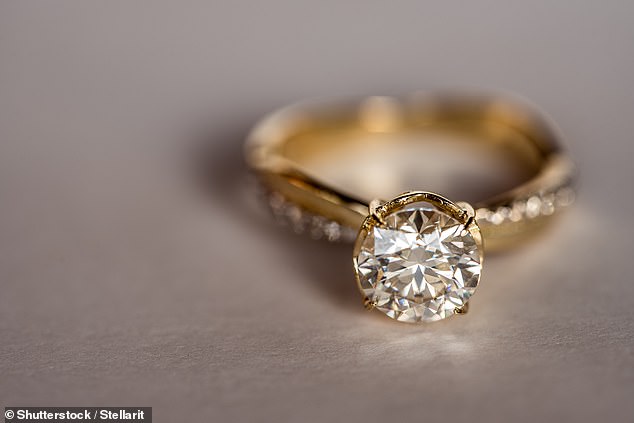 The couple were also robbed of their engagement and wedding rings, Mr Tendler said (stock image)

Mrs Tendler says the robbery must have been ‘an inside job’, as the pair knew exactly where the safe was.

The suspects were said to be wearing all black and armed with black, eight-inch-long handguns.

One was said to be around 5ft 9in with skin and a cockney accent.

The couple said the other was roughly 6ft with darker skin and an Asian-sounding accent.

A Met Police spokesman said: ‘Police in Barnet were called to Totteridge, N20 at 22:20hrs on Thursday, 14 February following reports of a robbery.

‘Officers attended and established that a man and woman were threatened by two suspects who were believed to be armed with a firearm.

‘A quantity of cash, watches and jewellery was stolen during the course of the robbery with the suspects entering the victims’ home to steal more items.

‘Both suspects left in their own car.

‘No arrests have been made.

‘A number of detailed enquiries are in hand including forensic analysis and CCTV footage review at the time of the incident.