An elderly couple who have spent years living in a warzone and dodging hand grenades have put their romantic success down to never falling asleep on a row.

Barbara Hamilton, 95, and her husband Jimmy, 96, first met in 1940 but did not becoming romantically involved until six years after, when Jimmy returned from serving in India.

Speaking about the secret to their success, the couple revealed the last thing they say to each other is ‘night night, love’ and they never fall asleep without patching things up if they have fallen out. 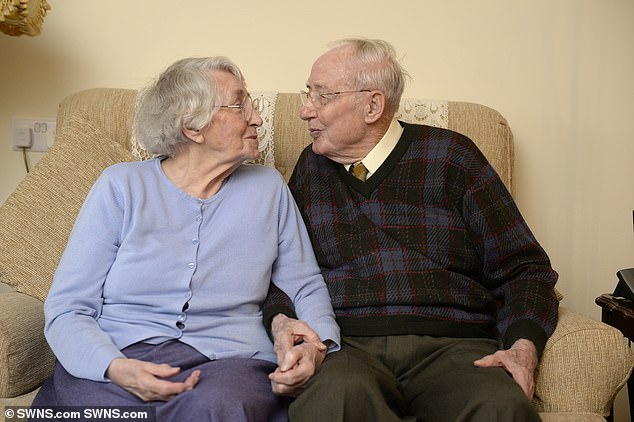 Jimmy and Barbara Hamilton, from Hamilton, Lanarkshire, who are celebrating 70 years of marriage after being married in 1948 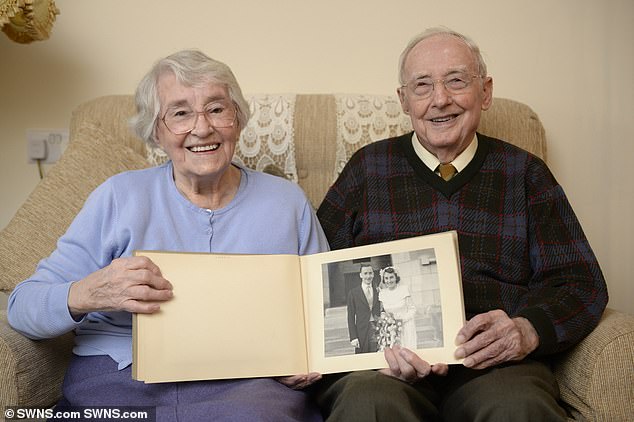 The couple tied the knot in 1948 at Stonehouse Congregational Church, Scotland

They spent most of their lives in Scotland but moved to the Middle East for 14 years, during a turbulent era when the Colony of Aden became South Arabia – now known as Yemen.

Mrs Hamilton said: ‘We have really had a very happy life, and an interesting life too, in as much as we’ve done things that an awful lot of people would never imagine would happen in their life.’

Jimmy, who was training to be a plumber, met shorthand student Barbara at night school and invited her to a dance hosted by the Scouts.

He arrived at her house during the blackout imposed during the war years, so Barbara could not see who he was.

She agreed to go to the party, but received news that her aunt had died and was told to go home rather than stay out with her new lover.

Later they bumped into one another at a different dance hosted by the Scouts and hit it off once again. 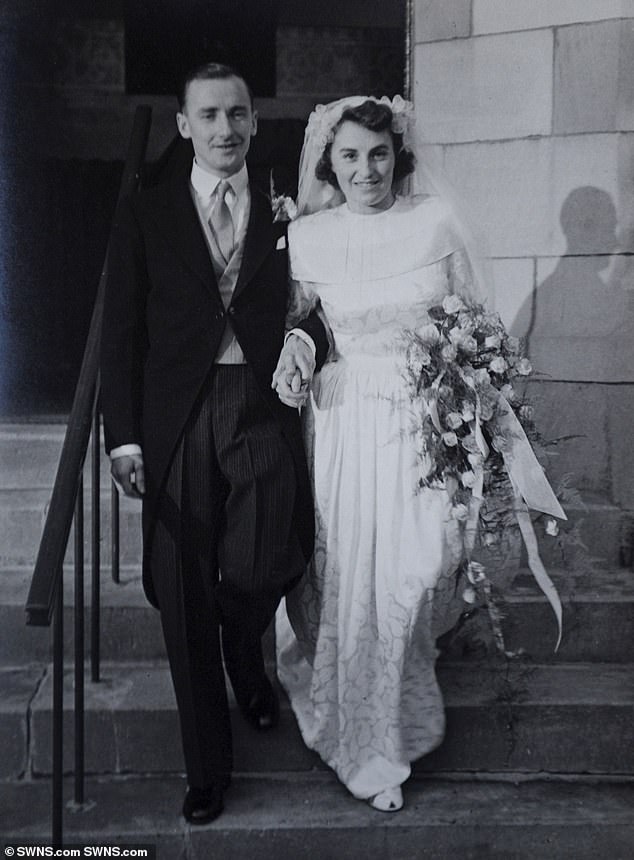 Jimmy and Barbara Hamilton on their wedding day at the Stonehouse Congregational Church, Scotland 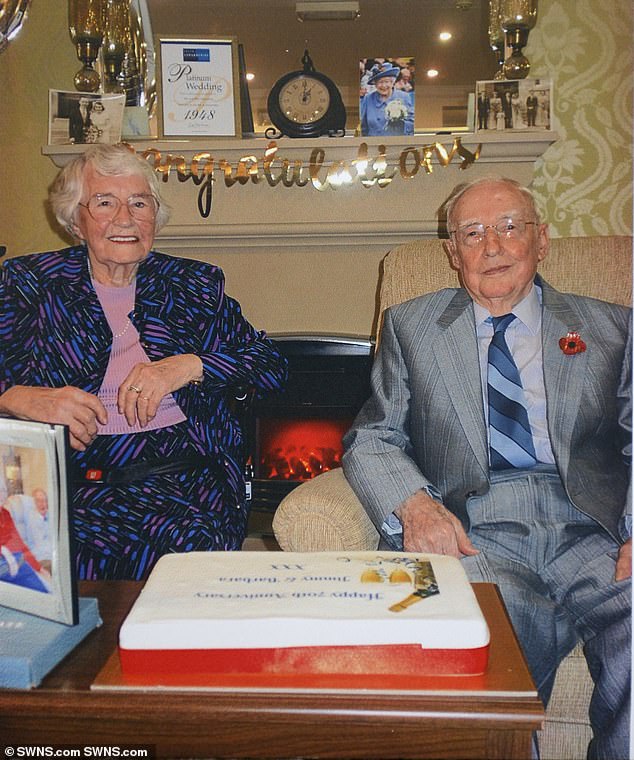 Barbara, 95, and her husband Jimmy, 96, said they fell in love at first sight

Mr Hamilton said: ‘I fell in love with Barbara from the minute I met her, and I never stopped.

‘I found her speech was to my liking – it wasn’t course or sloppy. I asked her home and we’ve been together ever since.’

The couple moved to London after seeing a post for a flat in Islington, north London, which was on offer for a married couple.

Their wedding was brought forward from Hogmanay in Janauary to November 6, 1948 and relocated to the capital.

They returned to Scotland and in 1949, Barbara gave birth to their only child, Ken.

Mrs Hamilton was enthralled by the film Lawrence of Arabia when she was younger and spotted a job advert in the Colony of Aden, now known as Yemen.

Jimmy applied for the role in the civil service and the couple relocated, spending 14 years in the Middle East from 1953.

Barbara said: ‘We knew quite a few people who were killed.

‘Sometimes the smell of cordite would come into the house from the window.

‘It was a warzone more or less, from the time of our second leave.’

The Colony of Aden became the Federation of South Arabia in 1963, and eventually became a part of unified Yemen in 1990. 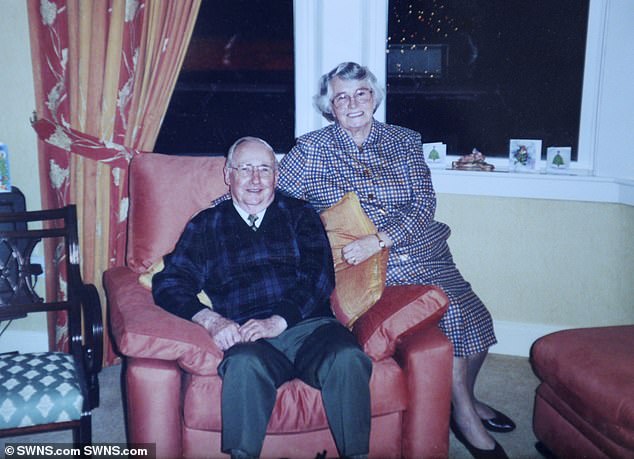 A photograph of Jimmy and Barbara Hamilton from the mid 1980s

As the country descended into factional conflict, Arabic graffiti began to appear with slogans such as ‘Bring back the dirty British’.

Both Barbara and Jimmy learnt to speak some Arabic, which they can still recall to this day, and tune into television programmes on the troubles in Yemen.

Barbara added: ‘Colonial wives were expected to do good works by helping in clinics.

‘This is what I feel is still happening in Yemen.’

She joked: ‘I’d have gone anyway – it was quite a nice film.’

They celebrated their 70th wedding anniversary with a party at the retirement home where they live in Hamilton, South Lanarkshire – and invited around 70 guests.

They dote on their three great-granddaughters, and were joined by relatives for a meal at a nearby hotel.

Jimmy said: ‘It was a really happy day.’