CASES of Covid-19 are falling in all parts of England but death rates will continue to rise, Public Health England (PHE) has warned.

Official data from PHE shows that hospital and ICU admissions have started to decline slightly. 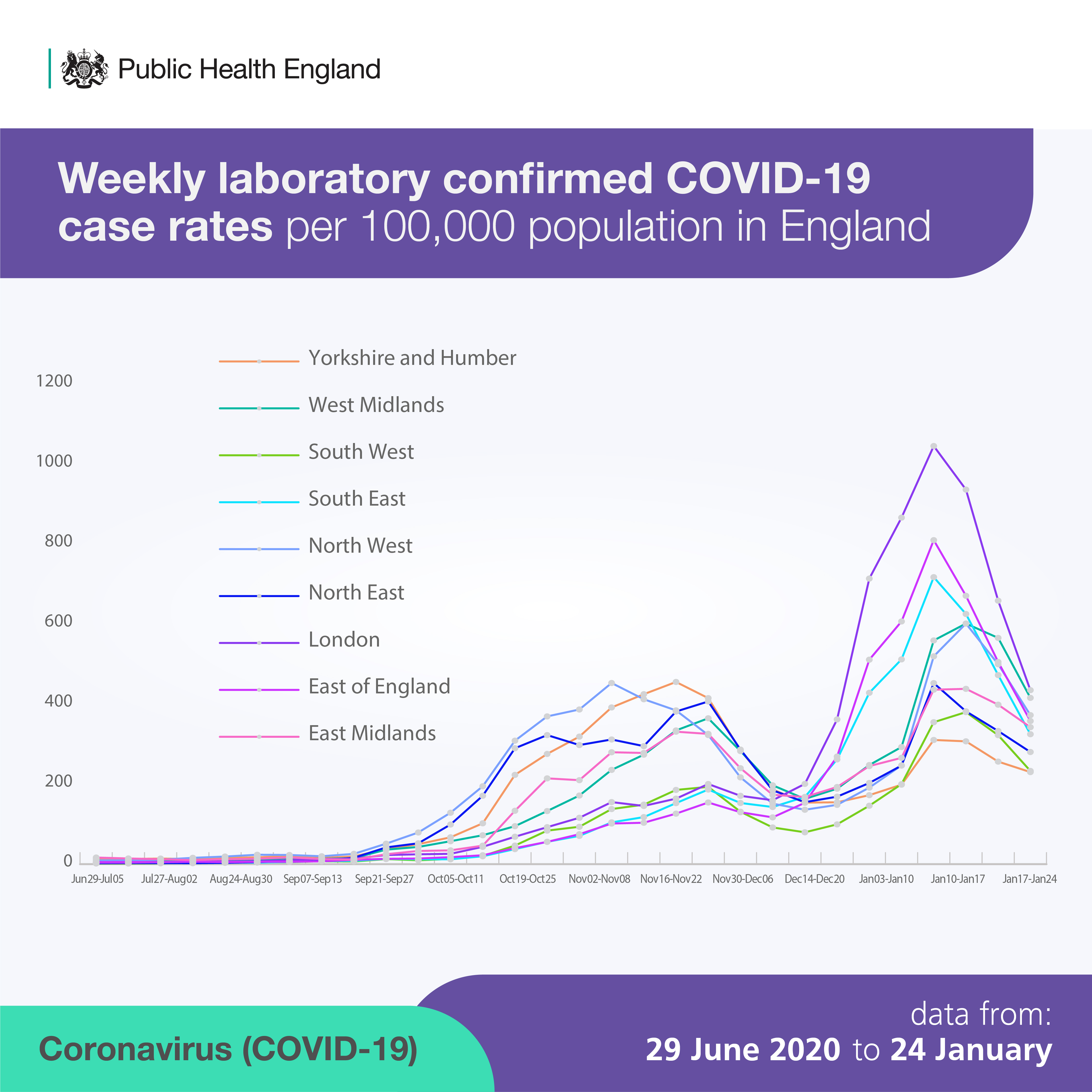 The weekly surveillance report is based on data from January 18 to 24.

Dr Yvonne Doyle, Medical Director at Public Health England said that while infections have decreased deaths would "remain high for some time".

The PHE report shows that case rates have decreased across all age groups with the highest infection rates being seen in those aged between 30 to 39, this currently sits at 488.3 infections per 100,000 of the population.

While the highest infection rates are in the 30-39 year-olds, the 20-29-year-old age group witnessed the biggest drop in cases rates.

The experts stated that cases have fallen across all regions in England but remain the highest in London which has a rate of 435 cases per 100,000. 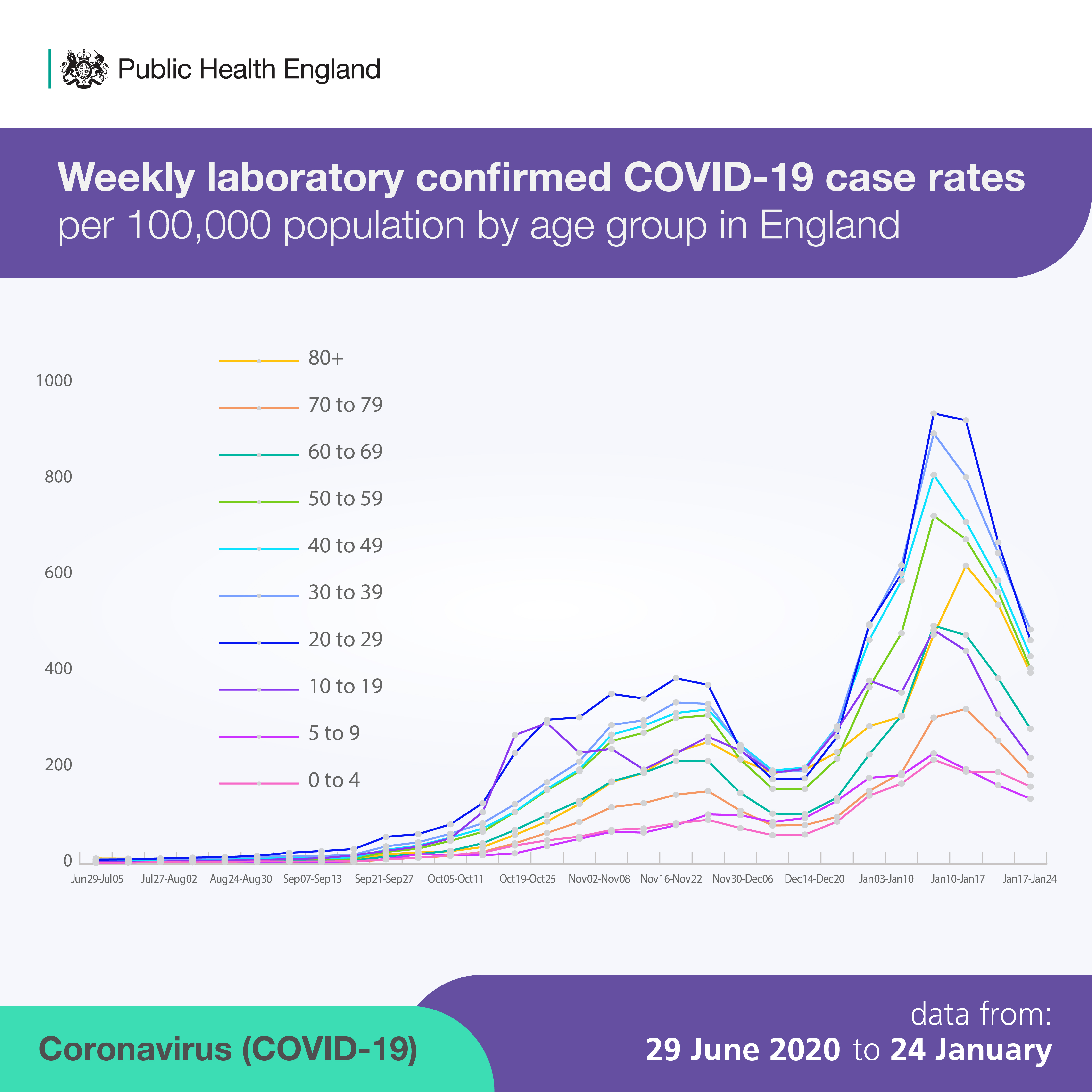 The PM told the House of Commons a sharp drop in Covid cases has convinced ministers tighter measures are working and a roadmap for exiting lockdown will be laid out from February 22.

Some schools will start to re-open from March 8 with other social restrictions being eased after that, Mr Johnson said.

He added: "The way forward has been clear ever since the vaccines arrived. This is the time to hold our nerve in the end game against the virus.

"The goal now must be to buy the weeks we need to immunise the most vulnerable and get this virus under control."

The current lockdown was announced on January 4, with Brits told to work from home and schools closed for most pupils.

The third lockdown was enforced as cases continued to rise when the tier structure was unable to contain the spread of the new variant.

Hospitals had become overwhelmed and people were urged to stay at home in order to stop the spread and protect the NHS.

The PHE report states that hospital admissions have also dipped across the country but on a smaller scale.

The PHE report states that admissions are highest in the East Midlands, West Midlands and Yorkshire & The Humber.

The highest hospital admission rates continue to be those aged 85 and above. 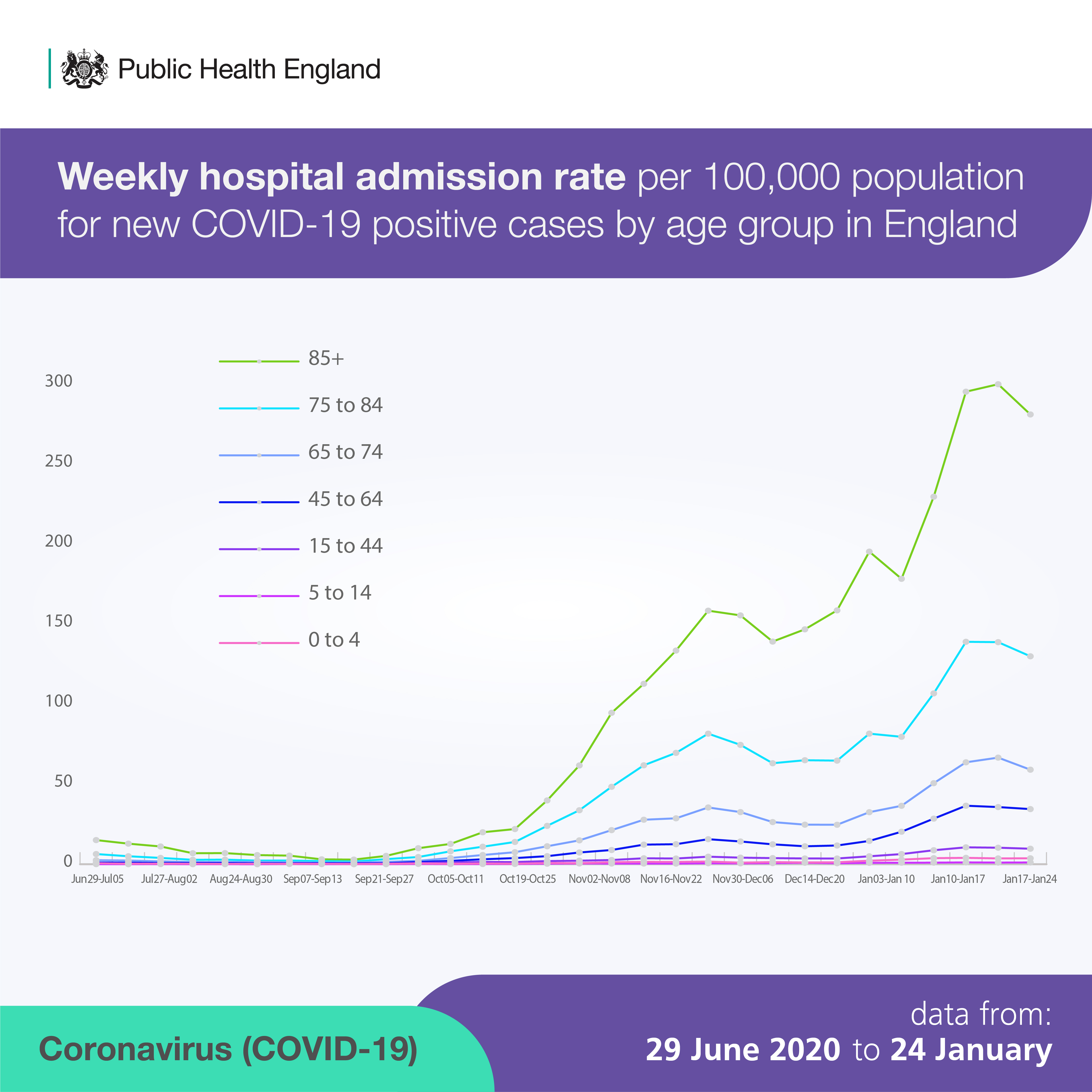 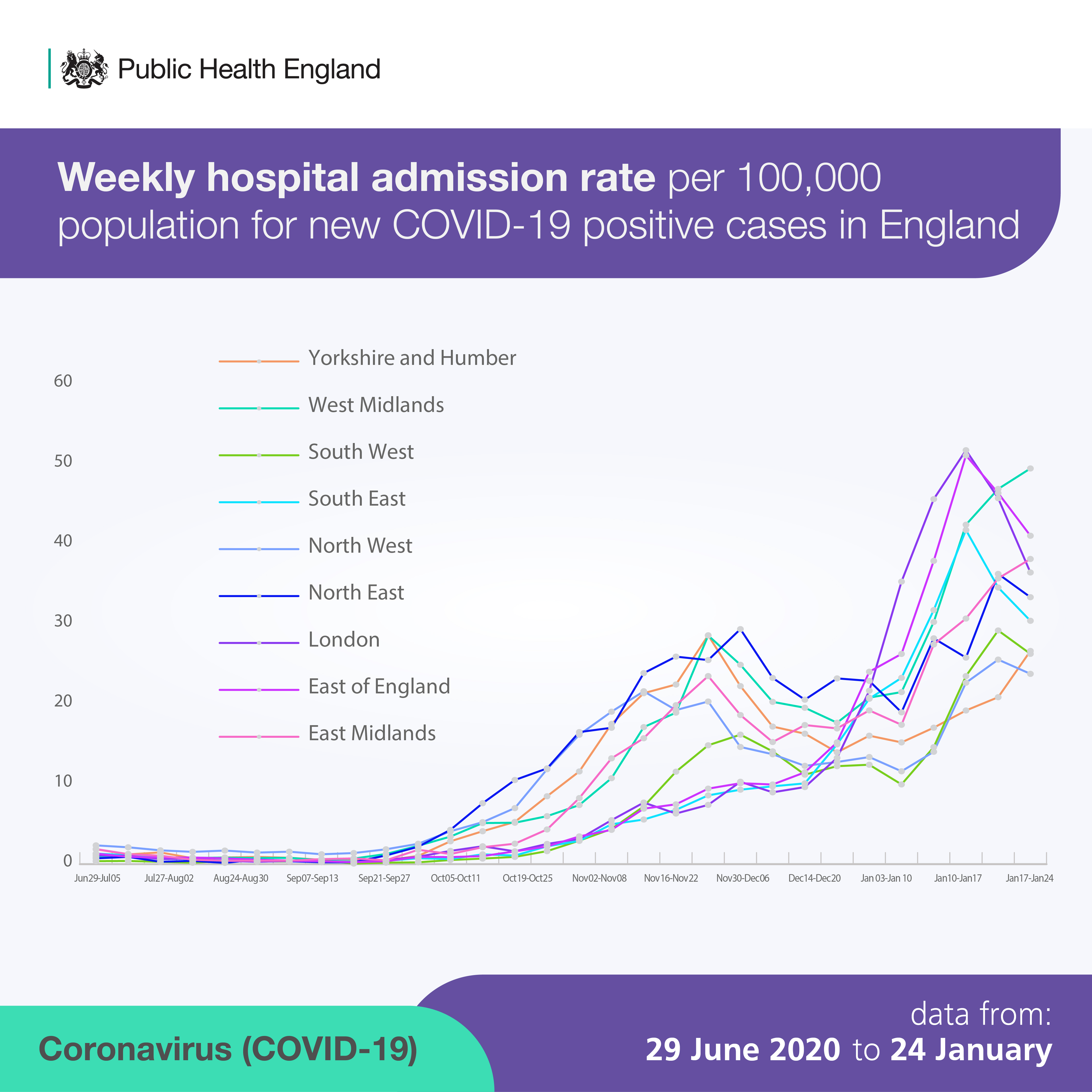 She said: "The rate of hospital admissions continues to rise in the East Midlands, West Midlands and Yorkshire & The Humber. We should expect deaths to remain high for some time.

“By reducing our contacts and staying at home we will continue to see a fall in infection rates and in time this will lead to a reduction in hospitalisations and deaths.

“This situation is tough on all of us and I know many feel anxious and worry about the pandemic, this is only natural. Looking after our mental wellbeing is incredibly important so chat to those close to you, find time to relax and do the activities you enjoy at home.”

The results from the PHE come after Imperial College London revealed that cases are falling and that the R rate across the country could be below 1.

Scientists said the findings were "really good news" but warned levels must drop further and faster to help take pressure off the NHS.

More than 167,000 people were swabbed across England between 6 and 22 January as part of the React study.

It shows that nationally R – the number of people each Covid cases goes on to infect – is 0.98.

And of the nine regions in England, five were seeing a fall in infections.

But cases still remain the highest recorded by the survey, with one in 64 people now carrying the virus across England.

Almost one in 100 over-65s, who are most vulnerable to the bug, also have the disease.

Researchers found London was the worst hit area with one in 35 residents of the capital infected with Covid.

This echoes the research from PHE which also states London has the worst rate of infections in the country.