Cowboy builder, 35, who was paid £25,000 to fix nine roofs left them half done, leaking and missing tiles – then claimed he had cancer, no internet and a flat tyre to get out of completing the work

A rogue roofer who left his customers thousands of pounds out of pocket has been brought to justice – after lying he had cancer to get out of work.

Cowboy builder Joseph Gardener, 35, left homes in County Durham in a mess after carrying out work well below standard or he failing to even complete jobs.

Do you know Gardener or employed him for a job on your house?

He left one customer with tiles falling off his roof onto the shared driveway; another with a hole in his bedroom ceiling; another was forced to go up onto his roof in the middle of the night during a storm, after the tarpaulin came off his roof.

But Gardener still took payments for materials and continually asked his customers to pay the next instalment despite failing to turn up to carry out arranged work.

Gardener gave a variety of excuses to his angry customers, even telling one that he had cancer.

Teesside Crown Court heard that one victim was driven to a breakdown after Gardener, from J&J Roofing, failed to finish work on his house.

In a statement, the homeowner told the court that he had, ‘worked solidly for three months, 12 hours a day with no socialising to earn the money for a new roof and loft conversion’.

But Gardener failed to turn up on January 17, 2020, to start the work, despite the fact the money for materials had been paid. 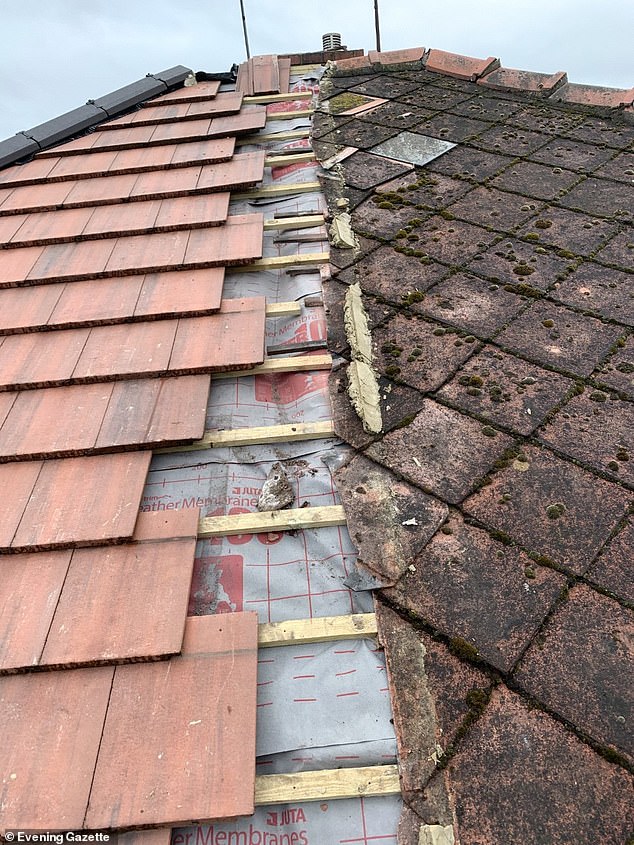 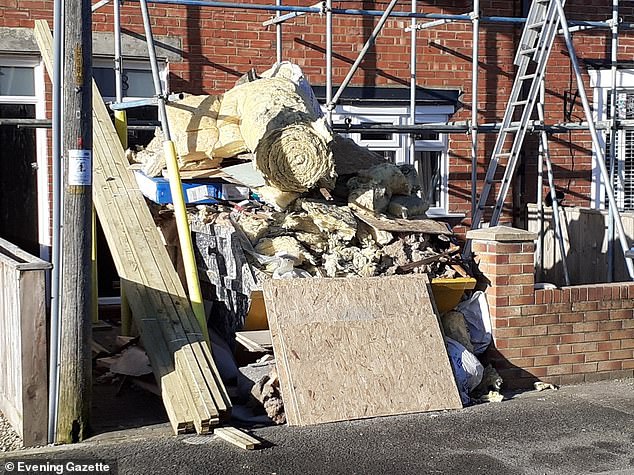 The homeowner bumped into the builder in the pub, and Gardener promised he’d start on January 20 but then requested further payment.

Gardener started the work but on January 25, the victim found a hole in his bedroom ceiling.

Then on February 10, the victim went up onto the roof at 3am as the tarpaulin Gardener had left had come off.

The man requested his money back, and Gardener turned up and finished the work- but days later, there were more problems.

There was water streaming down the walls and light fittings.

The homeowner had to move back to his parents and get another builder into re-do his roof.

The second builder said,’ it was the worst job he’d ever seen’.

Other victims were left with problems including a roof that encroached onto the neighbour’s property by 12 inches; water damage to bedrooms after Gardener left a home without a roof on for a month; and third party workmen turning up asking for payment when Gardener had already been paid for the job. 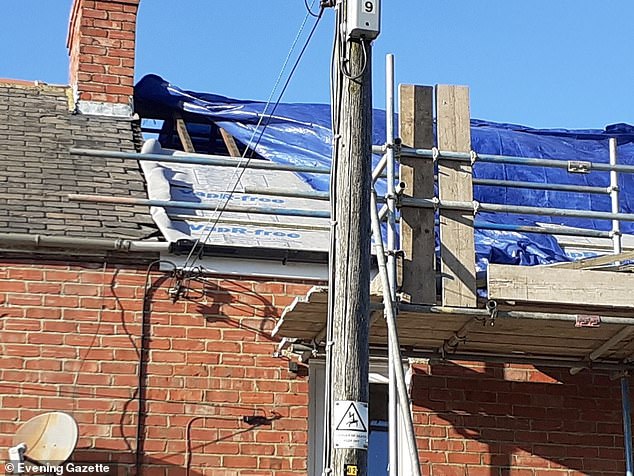 Another victim talked of, ‘lying in my bed having to look up at the ceiling, wondering if it would fall in’.

Other excuses included Gardener saying his van had been broken into and his tools stolen – he then asked for money to buy replacement equipment.

He also said his wife had been rushed to hospital; that he had no internet and a flat tyre.

Prosecutor Anthony Pettengell said Gardener had taken just short of £25,000 in payment from nine separate customers, for work that he had failed to finish or that was completed well below standard.

Gardener pleaded guilty to nine counts of fraud between August 2019 and December 2020.

Defending the roofer, Chris Baker told the court that Gardener’s life had been, ‘in catastrophe for a number of years’.

He had inherited the business from his dad, but hadn’t coped well when his father died in 2018.

Judge Anthony Hawks told Gardener he was not going to send him to prison: ‘You should have realised in the state you were in you were not capable of carrying out this work.

‘This is a sad case, sad for the nine people who have had their lives affected disastrously.

‘Sending you to prison would mean you are unable to offer any compensation.

‘But I’ve got to be realistic, it’s better you continue to pay at a level you can afford then making unrealistic offers to compensate.

‘It doesn’t stop these people seeing you in the county court.’

The judge handed Gardener a nine month prison sentence, suspended for 18 months and an order with a 30 day rehabilitation requirement.

He ordered Gardener to repay half of what he had been paid- £12,350- to his customers through monthly payments of £750.

The judge added: ‘None of your customers are people of significant means. You, through a mixture of fraud, dishonesty and incompetence woefully abused your customer’s trust.

‘You can leave the dock. I hope we never see you again.’