A salon owner has been left gobsmacked after he was told that no further action would be taken against two suspected burglars despite the men being snared by the building’s CCTV.

David White, the boss of Whites Hair and Beauty in Glenfield, was informed that the case of a break-in last June had been closed by the Crown Prosecution Service.

Leicestershire Police had put the case to the government’s prosecution arm which said that there was no likely prospect of conviction.

But Mr White, who provided officers with photos and forensics from store, launched a stinging attack on the CPS for allowing the suspected burglars to avoid a court appearance. 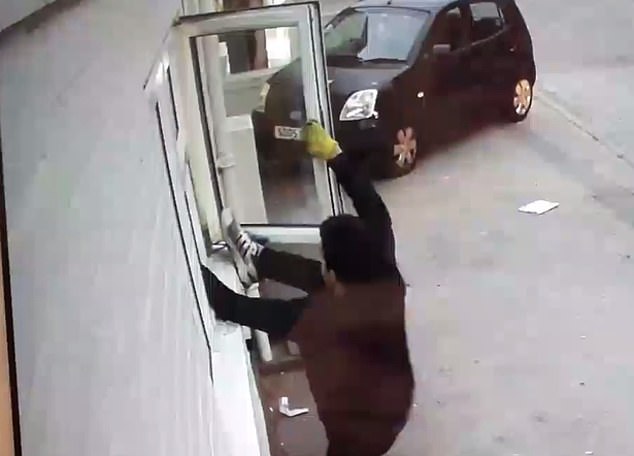 After smashing the window with a crowbar, one man can be seen scrambling through the broken glass and into the property 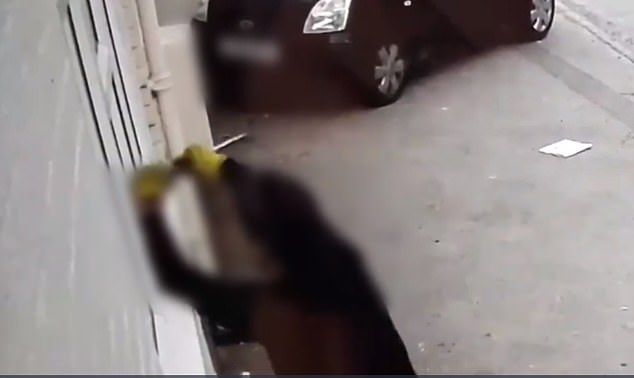 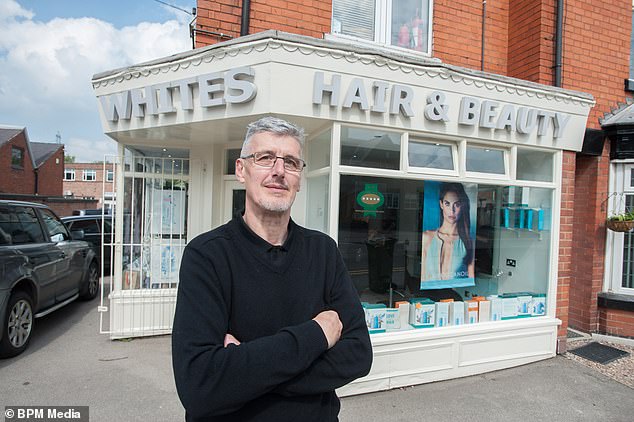 Shocked David White was told no further action would be taken against two men arrested over a burglary at his business – despite his providing police with CCTV, photos and forensics

He said: ‘Things like this affect people’s lives and make them feel down.’

He added that the value of the items taken – some hair products – was nominal.

But he continued: ‘That’s not the point. We have CCTV, we have photos and we have blood. What else do they need?’

Investigators ruled that there was not enough material to provide a realistic prospect of conviction.

It meant that Mr White, who has owned the salon for 19 years, was issued with a ‘no further action’ notice months after the incident.

The CPS has now said a senior lawyer will review its original decision. 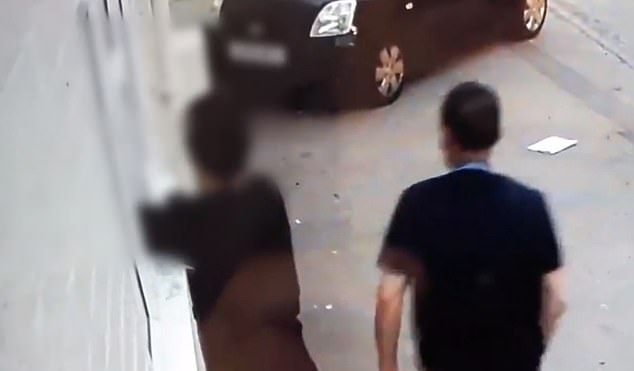 The video of the incident, which was handed to police, shows what appears to be a crowbar being used on a side window.

A man can then be seen scrambling through the broken window into the property.

Mr White says that the the new security cameras had been installed a few weeks earlier after an unrelated break-in.

Newly-installed cameras picked up the men believed to be breaking into the building.

The incident took place at around 4am at the business in Station Road.

Mr White says he was shocked when he found the footage. He added that blood was also left at the scene. 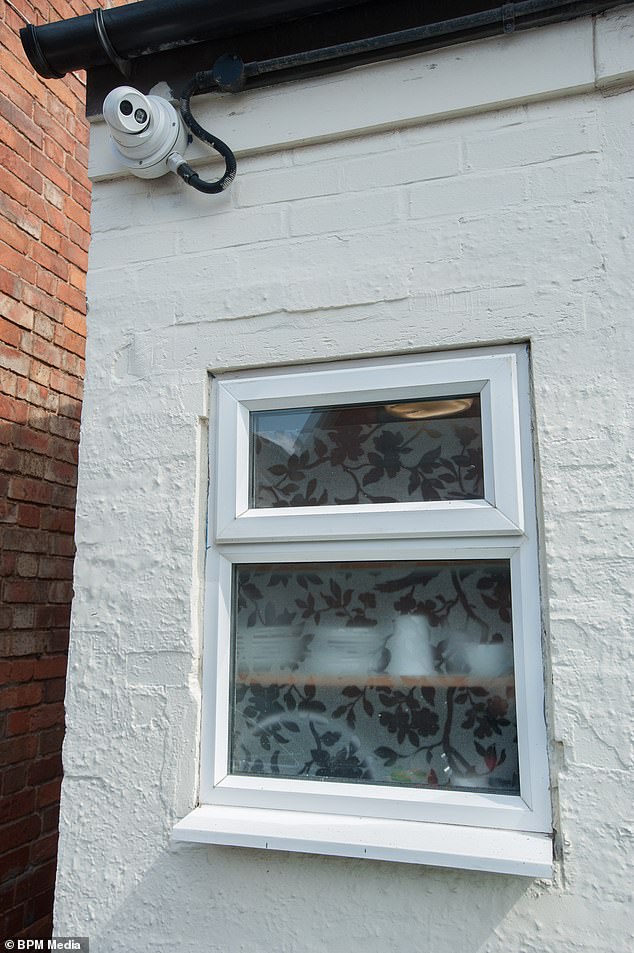 A Leicestershire Police spokeswoman said the force received a report of a burglary at a business in Glenfield in June last year.

‘Officers carried out a full and thorough investigation into the report, which included the review of CCTV, forensic samples being taken from the scene and the two suspects were interviewed regarding the investigation,’ she added.

‘A file was submitted to the Crown Prosecution Service (CPS) for a charging decision and they made the decision that there was insufficient evidence to provide a realistic prospect of a conviction.

‘The suspects were released with no further action.

‘The victim has been updated on this decision and informed the investigation has been filed pending any new information which may assist our enquiries further.’

A Crown Prosecution Service was spokesman said: ‘When the CPS makes a decision not to charge, cases can be looked at again under the Victims’

Right to Review scheme or by way of police appeal.

‘A second review of this case will now be conducted by a senior lawyer which means that it would be inappropriate to provide any further detail at this stage.’