The opening of Crossrail is set to be delayed again as Transport for London admits the new £15 billion rail link will not open in autumn 2019 and could require a further £2 billion funding boost.

It follows a shock announcement earlier this year in August from TfL that the project would be delayed by nine months as ‘more work is required than had been envisaged.’

But today Crossrail Ltd chief executive Mark Wild has admitted there is still a ‘huge amount still to do’ on the new east-west railway and has ditched the autumn 2019 opening date.

An independent report by auditors KPMG found problems with the project announced in August are likely to cost up to £2 billion.

Giving an update on the Crossrail project, Transport for London said in a statement: ‘Crossrail Ltd announced in August that it expected the Elizabeth line to open through central London in autumn 2019, rather than December 2018. 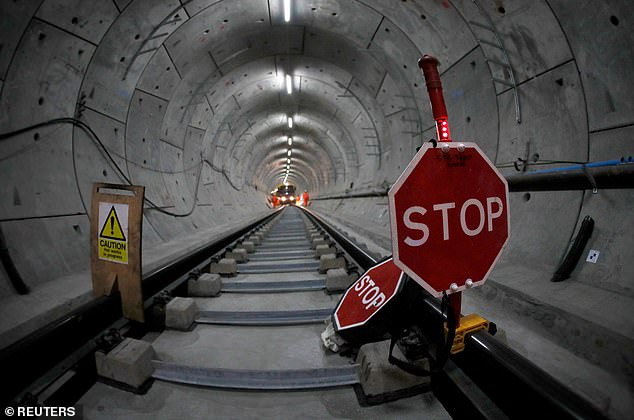 Warning signs stand on newly laid railway track in a tunnel of the Crossrail project in Stepney, east London. The opening of the project may be delayed again beyond the revised schedule of autumn next year 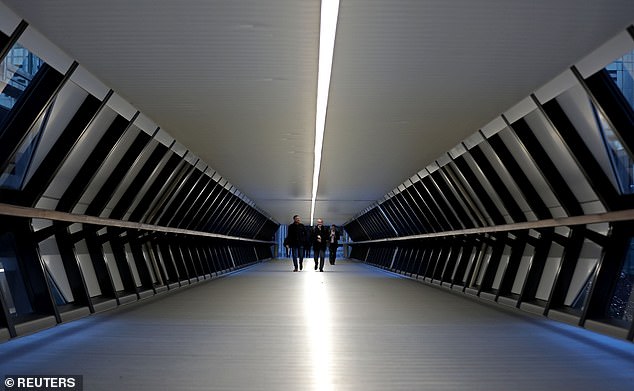 ‘It has now become clear that more work is required than had been envisaged to complete the infrastructure and then commence the extensive testing necessary to ensure the railway opens safely and reliably.

‘Today the new chief executive of Crossrail, Mark Wild, also confirmed that having reviewed the work still required to complete the project, an autumn 2019 opening date could no longer be committed to at this stage, and his team was working on a robust and deliverable schedule.’

The statement added: ‘The emerging findings of the KPMG review into Crossrail Ltd’s finances indicate the likely capital cost impact of the delay to the project announced in August could be in the region of between £1.6 billion and £2 billion.’

The Mayor of London and the government had agreed a financial package to cover the shortfall, TfL said. 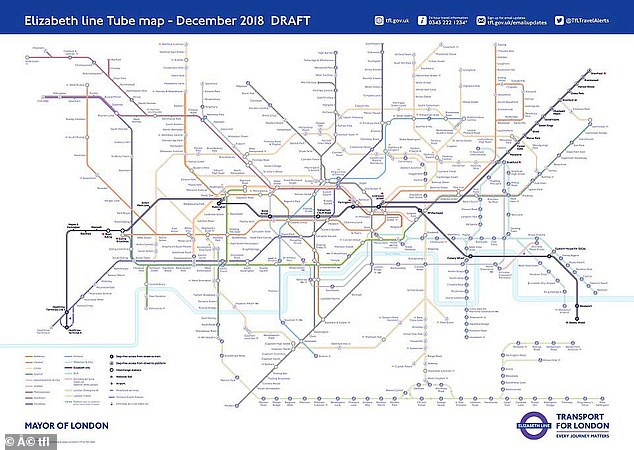 A map showing the new route of the Crossrail project, which has now been delayed again, with no new opening date currently announced

Asked why he thought he was being forced out, Sir Terry told BBC Radio 4’s PM last week: ‘I can only but assume, because I’ve not yet been told, that because HS2 is such a critically important programme and with the sense of disappointment around the performance of Crossrail, that it was considered to be too risky for a programme like HS2 to continue in my role as chairman.’

When Sadiq Khan took office, the project was on time and budget.

Its central section, which runs through the West End, was scheduled to be opened by the Queen this month. 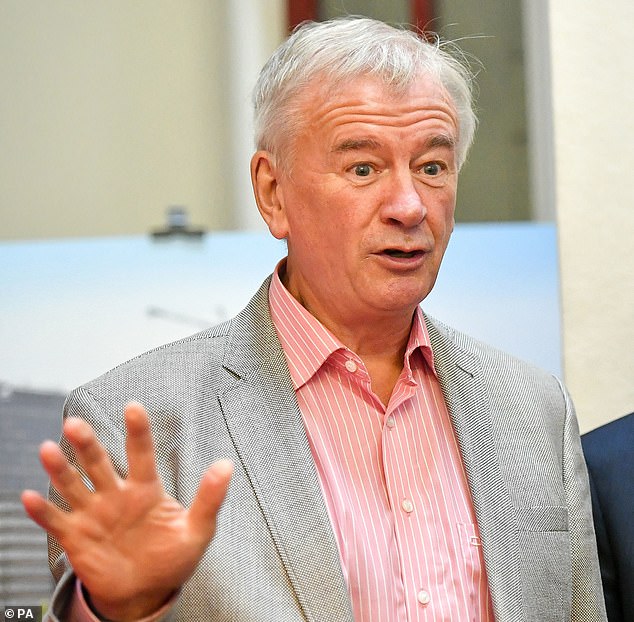 Only last week Sir Terry Morgan (pictured), chairman of HS2 ltd and Crossrail Ltd, resigned and in an interview on BBC Radio 4’s PM said there was a ‘sense of disappointment’ around the performance of Crossrail

But now it seems unlikely to open until late next year, costing TfL an estimated £600 million in lost revenue.

It’s also running rapidly over budget, having required loans of almost £1 billion to stay afloat in recent months, and is expected to need ‘hundreds of millions’ more in the New Year, according to a Financial Times expose.

The delay is the subject of an investigation by auditor KPMG, appointed by Khan despite having worked extensively on the project, leading a former Tory Minister, Greg Hands, to claim it was hired to deliver a ‘whitewash’.

In a second political row, Khan was accused of misleading voters and (crucially) the financial markets over its state of Crossrail. 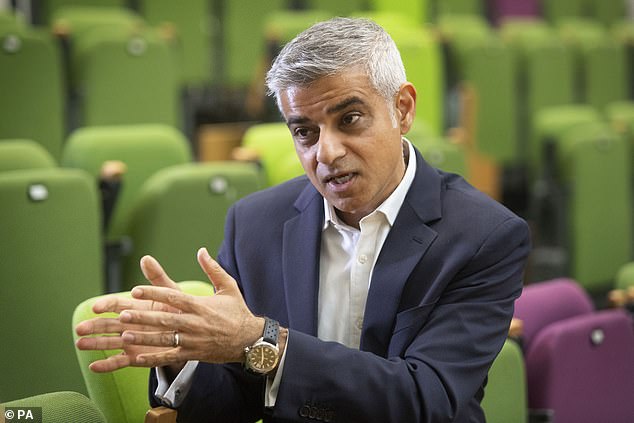 At the centre of this kerfuffle is the fact that neither the public, nor bond-holders who own Crossrail’s debt, were informed that the opening deadline would be missed until August 31, when it was announced that another year was needed for ‘safety testing’.

A week later, amid growing criticism of his stewardship, Khan informed the London Assembly he’d been blindsided about the problems by Crossrail managers, claiming he’d found out about this delay only some two days earlier.

He was, he claimed, ‘frustrated, disappointed and angry’.

Crossrail in numbers: How journey times will be slashed across London and economy will be boosted by £42billion

The new railway will become known as the Elizabeth line when it opens in autumn 2019.

Not only will it significantly slash journey times across the capital, it is expected to boost house prices, and welcome 200million passengers each year.