A veteran principal of a Melbourne Catholic boys’ school says his students are learning as much in class about issues of gender and consent as those at coeducational schools.

Mark Murphy, the principal of Whitefriars College, a Catholic boys’ secondary school in Donvale in Melbourne’s east, said boys’ education had come a long way since the days when it was more “one-dimensional”, with few if any programs that touched on issues of gender. 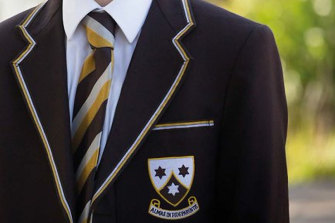 The principal of Whitefriars College says boys at the Catholic school are taught as much about consent as students at coeducational institutions.

“There was a time when there wasn’t much done in any school,” he said. “But from my perspective, and knowing my co-ed colleagues, I think we’re all doing very similar things now.”

His comments came after thousands of schoolgirls and young women shared their experiences of being sexually assaulted by schoolboys.

Boys’ schools have come under the microscope since a petition was started by Sydney woman Chanel Contos, who called for sexual consent to be taught in schools from a young age.

The principal applauded the girls for speaking out in a note to the school community.

“It is vital that all of us involved in the development of young people continue to do more to educate our students about consent and about respectful behaviour and attitudes towards women,” he wrote.

George Variyan, from Monash University, says it might be time to consider “whether elite private boys’ schools have any place in a gender-just world”.

The “gender segregation, the hyper-competition and the pre-eminence of rugged sport [in boys’ schools] continue to manifest a culture of masculinity that is both toxic and excluding of females,” Dr Variyan said.

However, Judith Gill, an adjunct associate professor at the University of South Australia who left secondary teaching to investigate ‌gender‌ ‌effects‌ ‌and‌ ‌schooling, said she objected to “some people saying boys’ schools are inevitably sexist and misogynist”.

“There are excellent schools that are single sex of girls and boys and there are some pretty ordinary ones,” she said.

“But I do see that the kids who are educated alongside one another emerge with healthier dispositions and recognition of the shared humanity of males and females, and I think that’s a good thing.”

Two of Melbourne’s most prominent boys’ schools – St Kevin’s in Toorak and Xavier College in Kew – were named in the testimonies sent to Ms Contos.

In response, St Kevin’s last week said the petition “provide[s] a timely reality check both for schools and families”, while Xavier College said the fact that “so many young women signed the petition is distressing”.

The Alliance of Girls’ Schools Australasia said of the testimonies: “We can only hope that these stories act as a catalyst for real action and an enduring change across society so that the appalling culture of disrespect, male entitlement and the sexual assault of girls and women is brought to an end.“

Australia has a higher proportion of private single-sex schools than the United States and Britain, and they tend to educate advantaged students from the cities.

The popularity of dingle-sex schools has declined over decades, with a large number converting to coeducation to survive. Private boys’ schools enrolments grew 4.2 per cent in Victoria in the decade to 2018, while overall student enrolments expanded 15 per cent.

While there is plenty of research on the academic outcomes of coeducational and single-sex schools, there is far less research on differences in curriculum and ways of teaching, as well as gendered attitudes and behaviour.

Recent work by University of Newcastle researcher Cody Reynolds found boys’ schools were more likely to choose texts by men about male characters and were less likely to study gender at all.

“The teachers seem to suggest that they do that in the interests of the success of the students, that they feel male students will engage better and write more successfully if they’re not focused on a female perspective,” Mr Cody said.

“They also suggest that in an all-male context, boys have a hard time writing about male gender.”

Professor Amanda Keddie of Deakin University said there wasn’t a particular method of teaching or curriculum in boys’ schools, but there was a tendency for some to “tailor their curriculum … to be boy friendly”. 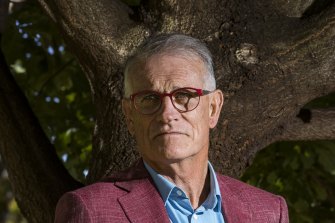 “We work really hard at making sure that boys are involved in visual art, debating, music and drama, and girls are involved in more physical things, developing presence and being assertive,” Mr Shaw said.

“It’s not about gender, it’s about each person discovering who they are,” he said.

“We want them to discover their interests and passions, therefore we encourage them to take as wide a range of activities as possible.”