Turkey requested extradition of Salih Muslim, a former leader of Syria’s Kurdish PYD, after he was arrested in Prague. 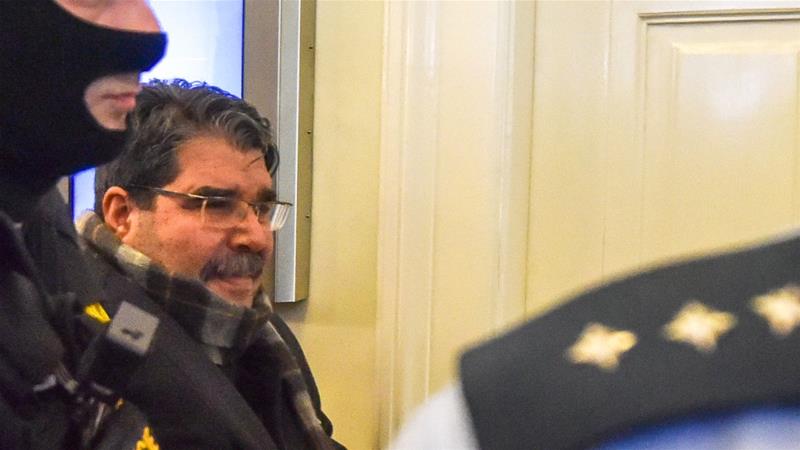 A court in the Czech Republic has released Salih Muslim, a former Kurdish Syrian leader, despite Turkey’s official request for him to be extradited.

Muslim, a prominent former leader of the Kurdish Democratic Union Party (PYD) in Syria, was arrested in the Czech capital of Prague on Saturday at Turkey’s request.

“We are very satisfied because the judge did not consider it necessary after hearing the arguments to decide to retain the custody of our client. Our client has promised that he would be at the disposal of the court. It is traditional this way, as the proceedings have only started. It will take some time,” Miroslav Krutina, Muslim’s lawyer, told Al Jazeera.

“The crucial question was if our client should wait during the procedure in custody because of some kind of concern that he might disappear or not cooperate.

“In the end, we agreed this very peaceful person would probably not be a threat to the public and he, himself, promised to be at the disposal of the court.”

Krutina said that the extradition process could take a month or even half a year.

“For any judge, we are ready to cooperate with them. The police have done their job – and have not done anything more than their mission – in a professional prepared way.”

Turkey had asked authorities in Prague to extradite him with a file explaining the arguments for the request, Turkey’s Deputy Prime Minister Bekir Bozdag said on Monday.

The Turkish foreign ministry said on Tuesday: “The decision of the Czech court does not correspond with the Czech judiciary’s responsibilities with the international law and combatting terror.”

Turkey’s interior ministry had offered a bounty of nearly one million dollars for the arrest of Muslim, who is listed by Ankara as a “most wanted terrorist”.

Speaking to Al Jazeera from Prague, Muslim said: “They tried to keep me silent and I think it failed because everybody knows what is going on in Turkey.”

According to Turkey’s state-run Anadolu news agency, the request for extradition recalls that a high court in Ankara had filed a case against Muslim for a deadly attack carried out in the capital in 2016.

The charges against him include damaging national unity and integrity, deliberate murder, damaging public property and transferring dangerous materials, according to Anadolu.

The March 2016 attack at a popular shopping area in central Ankara had been carried out by an explosive-laden vehicle and left 37 people dead and dozens more injured.

The court had also issued an arrest warrant for Muslim and requested that Interpol issue a red notice against him.

The PKK has waged a decades-long armed fight against the Turkish state that has killed tens of thousands of people.

The arrest came after Turkey called on the Czech Republic to arrest the former coleader and sent warrants for his arrest to Prague, Turkish officials said.

Turkey – together with the Free Syrian Army (FSA) rebel group – last month launched an air and ground offensive into Afrin in the northwest of Syria to defeat the US-backed YPG fighters near its border.