DAILY MAIL COMMENT: Doing a disservice to the nation’s health

What will it take for our craven politicians to admit that the NHS is simply no longer fit for purpose?

If any other organisation were mired in perpetual crisis, it would have been put out of its misery long ago.

Yet however chronic its failings, the Health Service is allowed to stagger on – a sacred cow that must not be touched.

Terrified of Labour accusations that they can’t be trusted with the NHS, the Tories persist with the myth that it is the envy of the world. Just how far removed that is from reality became clearer yesterday. 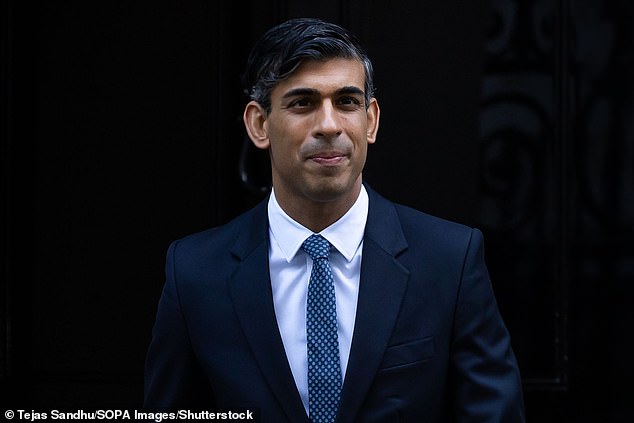 A&E units are treating record numbers, heart attack victims typically wait 90 minutes for an ambulance, and cancer care is creaking. Amid waiting lists caused by the pandemic, staff shortages and strikes, many hospitals are on their knees.

Predictably, Rishi Sunak is being urged to chuck billions more into the ever-burning furnace of the NHS budget.

Yet the record sums the Tories have shovelled in over the past decade have seen no noticeable improvement – and still Labour brands them parsimonious.

Part of the problem is that the social care crisis means thousands of beds are blocked by elderly people who should be looked after elsewhere. Meanwhile, too much money is wasted on middle managers and giving foreign nationals free treatment.

But the reality is that without radical reform the NHS is doomed. The major political parties cannot keep running scared from a serious debate on whether a monolithic, 75-year-old, state-run service is the best way of meeting Britain’s increasingly complex healthcare needs.

Dodging that discussion does both patients and staff a dreadful disservice.

It’s hard these days to be surprised by the inanities of wokeness.

But the latest edict from virtue-signalling academics certainly comes from left field (if that phrase won’t get us into trouble).

The thought police at the University of Southern California have deemed verboten the word ‘field’. In an eccentric feat of mental gymnastics they say it’s no longer an innocent patch of farmland – it’s deeply racist and might upset the descendants of slaves forced to harvest crops.

Instead, the word ‘practicum’ will replace it in the curriculum.

But wait! Practicum is Latin, the language of the Roman Empire – one of the largest slave-trading civilisations the world has seen. Did the wokesters think this through?

Have they told the physics faculty (‘magnetic practicum?’) or sport (‘football practicum?’). Whither humble field mice?

Our own cultural Marxists aren’t immune. When a school removed Sir Francis Drake from its name, the right-on BBC dismissed him as a 16th century slaver – not the man who defeated the Spanish Armada.

Britain clearly gets a raw deal from these exchanges. The history-erasing, word-abolishing idiocies of these hectoring US ideologues eventually wash up on our shores. That’s the thanks we get for giving our American cousins The Beatles, who sang Strawberry *beep* Forever.