Why Kate’s ready to fly solo: DAN WOOTTON reveals how William has backed his wife to make more Diana-style appearances on her own – even though he knows he’ll be left in the shade

Last week, with the Queen incapacitated because of Covid, Charles and Camilla on holiday, and disgraced Prince Andrew in hiding, the Royal Family gave us a tantalising glimpse into their future strategy of how to secure the future of the monarchy.

The answer is a young lady from the Home Counties who remains so painfully shy she still turns down requests to attend meetings with many senior officials and high profile figures alongside her future king husband.

The Duchess of Cambridge Kate’s first solo tour in five years to Copenhagen – while largely overshadowed by the horrendous news out of Ukraine – was a test case for how her star power will be harnessed over the next decade.

And she passed with flying colours, with royal courtiers hailing the visit a rare triumph in what is fast shaping up as a second annus horribilis for the British monarchy.

In fact, those on tour with Kate believe she performed even stronger on tour, including an impromptu moment where she joyfully went down a children’s slide, because her husband wasn’t alongside her.

Today I can disclose details of a bold, but quietly implemented, new strategy, which will see Kate become the most publicly prominent female in the Royal Family. 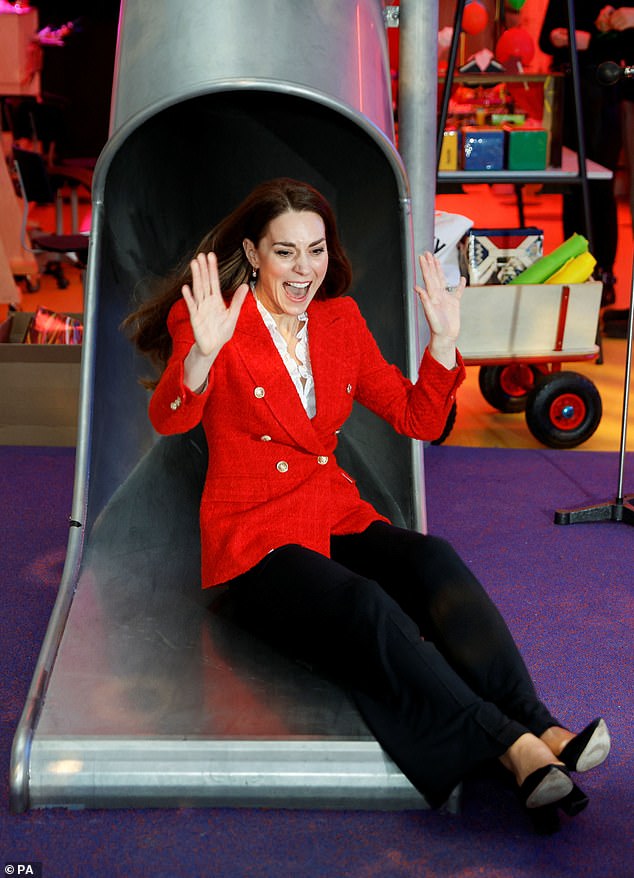 With her three children growing up and a glaring shortage of senior royals to deploy, Kate, who recently turned 40, has accepted she will start making semi-regular appearances at home and abroad without William by her side.

Crucially, her husband has agreed that, gradually over the next few years, when the couple set out on tour, Kate will step up to conduct more solo engagements.

My royal source revealed: ‘What will happen is that when the couple go on visits abroad it will be more like what Charles and Diana did, where they each branch out and do more engagements on their own. They’ll go to the same country, but she’ll go her way and he’ll go his.’

Courtiers acknowledge this could put some strain on William, just like it did his father Charles, when the cameras naturally gravitate towards his more glamorous wife. However, William is far more assured than his father was in the 1980s.

The source added: ‘That can have its difficulties because then you see the Press will only be following her jobs. And that’s what happened with Charles and Diana. 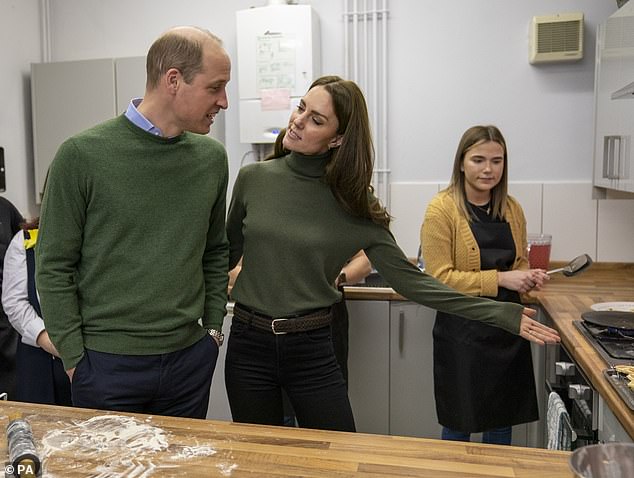 ‘William will be seen as the boring bloke in the blue suit. The blood royals always make out they don’t want the attention, but of course they do. However, William is fully accepting of his wife’s popularity. Their marriage is strong. He understands this is an important moment.’

Intriguingly, it’s been Kate who has been reluctant for years to conduct formal business – either behind-the-scenes or during visits – without her husband.

While she has developed her own fashion prowess, personally Kate remains cripplingly shy and humble, and acutely aware that she is there to support her husband during most occasions. That’s why the Copenhagen visit was a perfect benchmark because it was a fact-finding mission for her Centre for Early Childhood, which has become her passion project.

‘She’s painfully shy,’ another royal source explained. ‘She’s so much better at speaking now. When she’s interacting with kids, she’s very good and very natural because she’s got three of her own.’

The most striking and memorable part of the trip was when Kate squealed with delight as she slid down a metal slide in high heels while visiting the Lego Foundation PlayLab at University College Copenhagen.

My royal sources insist it was a genuinely impromptu moment that probably wouldn’t have happened on a more formal visit with William.

The source said: ‘Kate was definitely freer. That slide looked like it was set out and that was always going to happen. But that absolutely wasn’t the case. If William had been with her, I doubt it would have happened.’

The Cambridge’s team at Kensington Palace have also decided to limit the number of photographers allowed in each position, so that Kate avoided having to face a ‘wall of cameras’, allowing her interaction to be more natural.

Kate is also said to have been inspired on the visit by Crown Princess Mary, an Australian commoner who met the future king at a pub in Sydney but has become a beloved member of the Danish Royal Family. 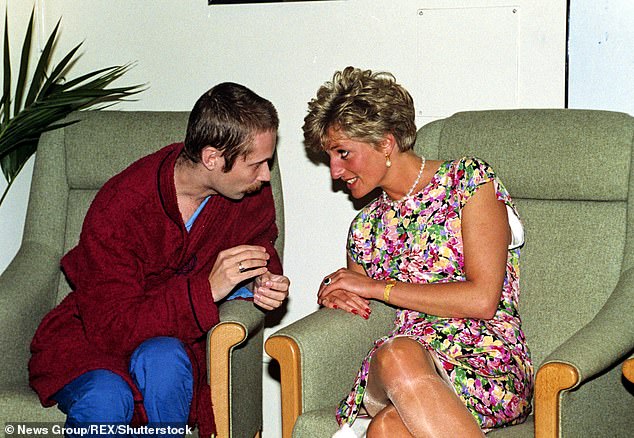 Diana carried out engagements by herself, including meeting Aids patients in London in 1991

My source said: ‘Princess Mary is very polished and sharp but she’s ten years further down the line than Kate. She’s 50 now and you can see a Queen in her. But originally she was a girl from Tasmania. It’s very obvious that Kate has been struck by that.’

The Royal Family – and the so-called grey suits behind-the-scenes – need to nurture that confidence without pushing Kate to do too much too soon.

It’s obvious that, within years, Kate will be seen as the monarchy’s most popular figure and she’s ready to step out on her own, as long as it doesn’t overshadow her husband to whom she remains so devoted.