A dancer who miraculously ran the Boston Marathon just three years after she lost part of her leg in the 2013 bombing was struck by a car over the weekend.

Adrianne Haslet-Davis was hit while on a crosswalk on Commonwealth Avenue in Boston on Saturday, she wrote in an Instagram caption accompanying a photo of her lying in a hospital bed.

She was “thrown into the air” by the force of the car, and the left side of her body was crushed when she landed, she said.

Struck by a car on Commonwealth Avenue, while on a crosswalk. Thrown into the air and landed, crushing the left side of my body. Yesterday. I’m completely broken. More surgery to come.

The time of day and rainy weather may have been “contributing factors” in the accident, which happened around 7:15 p.m. Saturday, Boston Police Department Public Information Officer Stephen McNulty told the Boston Herald. The driver stayed at the scene and was cited for failing to stop for a pedestrian in a crosswalk, according to the Herald.

Haslet-Davis and her husband were both injured while cheering runners on the sideline, and her lower left leg was amputated as a result of her injuries, ABC Boston affiliate WCVB reported. In 2016, she returned to the Boston Marathon finish line, but that time as a competitor running with a prosthetic. 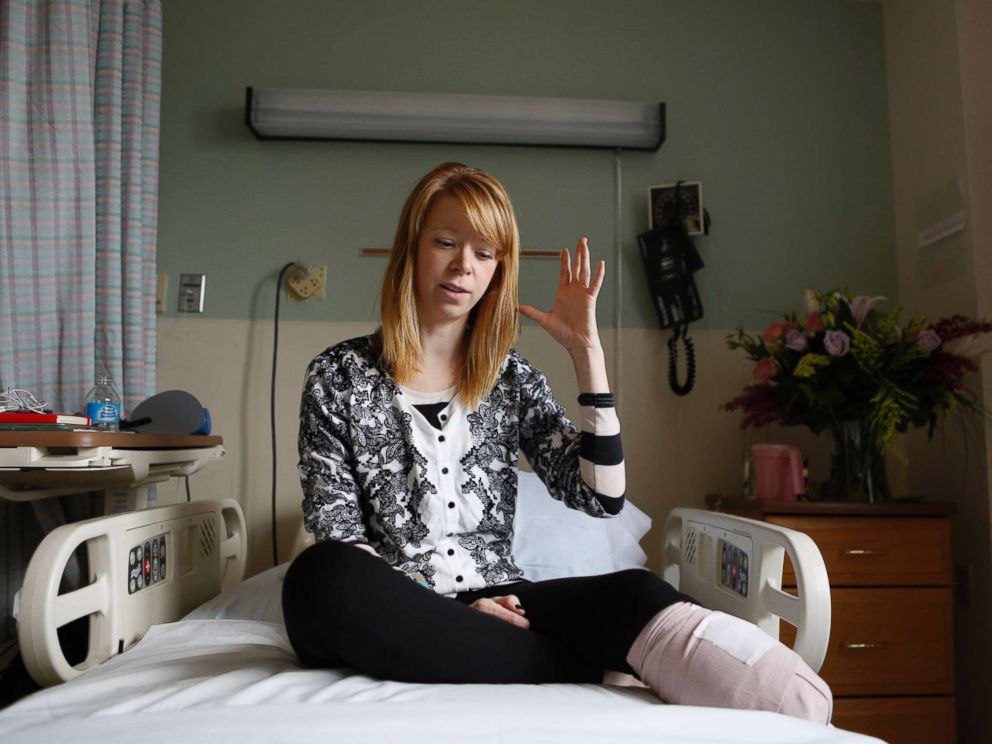 New England Patriots quarterback Tom Brady was among those supporting Haslet-Davis as she completed the 26.2-mile run.

Three people died and more than 200 were injured in the attack using bombs made from homemade pressure cookers. 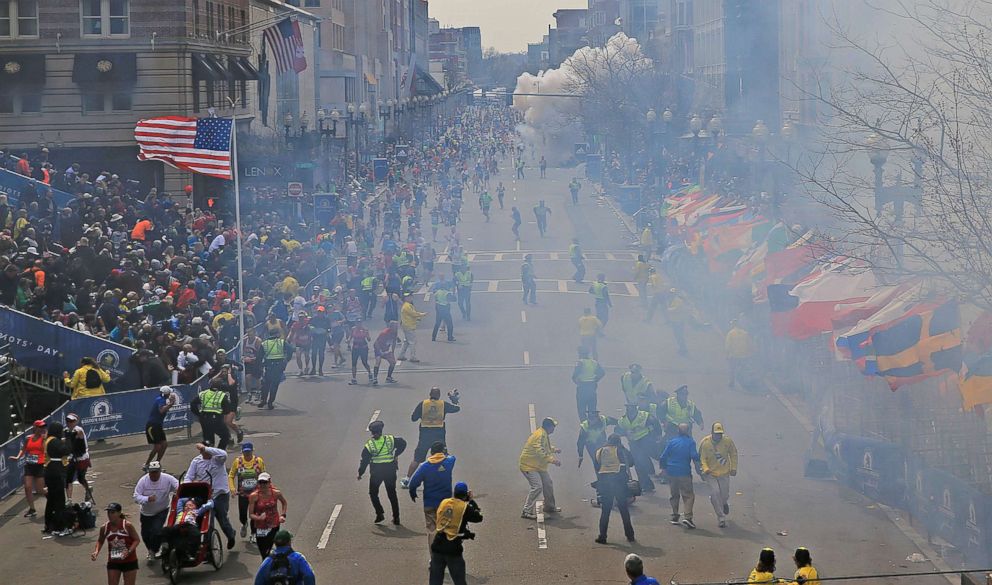 Dzhokhar Tsarnaev, 25, was convicted of all 30 charges against him in 2015, including conspiracy and the use of a weapon of mass destruction.

Last month, Tsarnaev’s attorney argued in a 500-page brief filed in the 1st U.S. District Court of Appeals that his convictions and death sentence should be thrown out because it was not possible for him to receive a fair trial in the same city where the attack occurred, The Associated Press reported.