Meet the dancing lollipop man who’s become a TikTok sensation: Ex salesman, 76, who counts Lizzo and Beyonce among his fans racks up 84 million views with his hip-hop routines

A 76-year-old dancing lollipop man and TikTok sensation has racked up 84 million views with his hip-hop routines – and he considers Lizzo and Beyonce two of his fans.

Brian Kilgallon started learning dance routines with his son Jay Scott, 28, in June 2020 and their videos have gone viral.

It takes Mr Kilgallon as little as 25 minutes to pick up a dance and he loves dressing up in his son’s clothes to film the routines.

Still working as a lollipop man, he said he gets recognised while at work and has passers by tooting their horns at him.

The father, from Oldbury, West Midlands, said: ‘It keeps me young. I love it.

‘I didn’t even know who Lizzo is but Beyonce watches us. When Jay said about TikTok at first I said ”Is that an ice cream?”

‘I want to show older people that your life doesn’t stop. Age is just a number.’

The duo explained that the dancing helps to maintain their close father and son bond – as they aim to hit 100 million views this year. 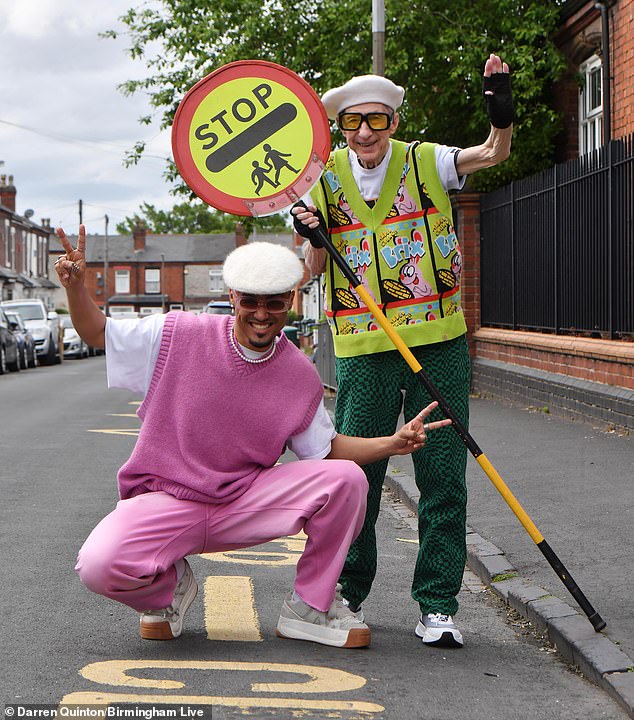 Still working as a lollipop man, Mr Kilgallon said he gets recognised while at work as passers by toot their horns

‘He’s the best son in the world,’ said Mr Kilgallon.

Jay, a professional dancer and singer, decided to teach his dad a dance for Father’s Day in 2020 after being stuck at home because of the pandemic.

‘I put my clothes on him and got him to dance,’ said Jay.

‘I kept filming and teaching him dances and suddenly it blew up.’

The father and son have had Lizzo comment on their videos and Beyonce is believed to watch the pair. 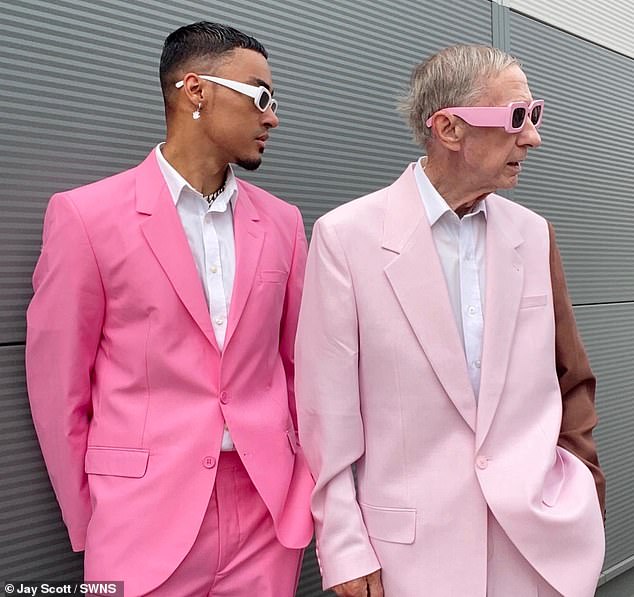 The father said: ‘When Jay said about TikTok at first I said ”Is that an ice cream?”’ 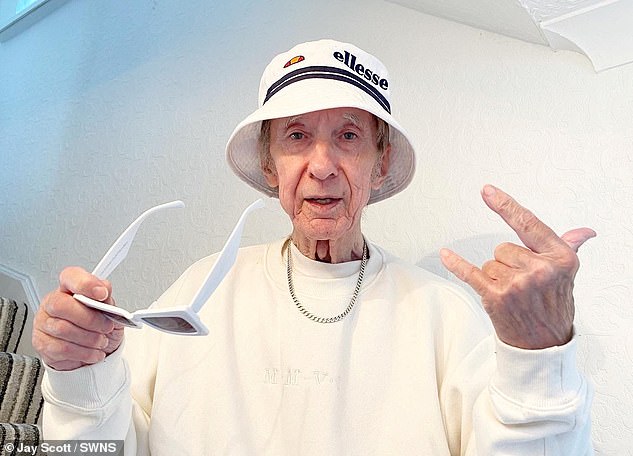 The 76-year-old added: ‘I want to show older people that your life doesn’t stop. Age is just a number’ 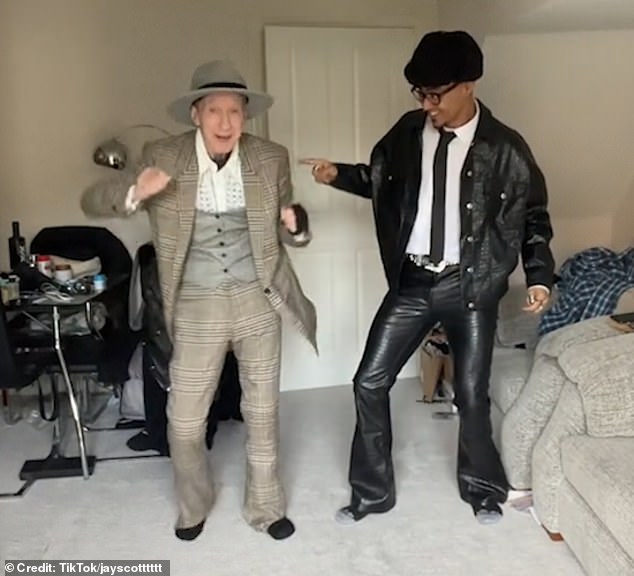 The duo said dancing together helps them maintain their close father and son bond. They are aiming to get to 100 million views this year

‘We show an authentic father and son relationship,’ said Jay. ‘I think that’s what people connect with.’

The father added: ‘When I’m working as a lollipop man people stop and toot their horns and say ”TikTok lollipop man”.

‘It was mind boggling to get 84 million views. I wanted to make fame as a footballer.

‘At 76 I never thought this would happen to me.’

To watch more videos of the dancing pair visit @jayscotttttt on TikTok.