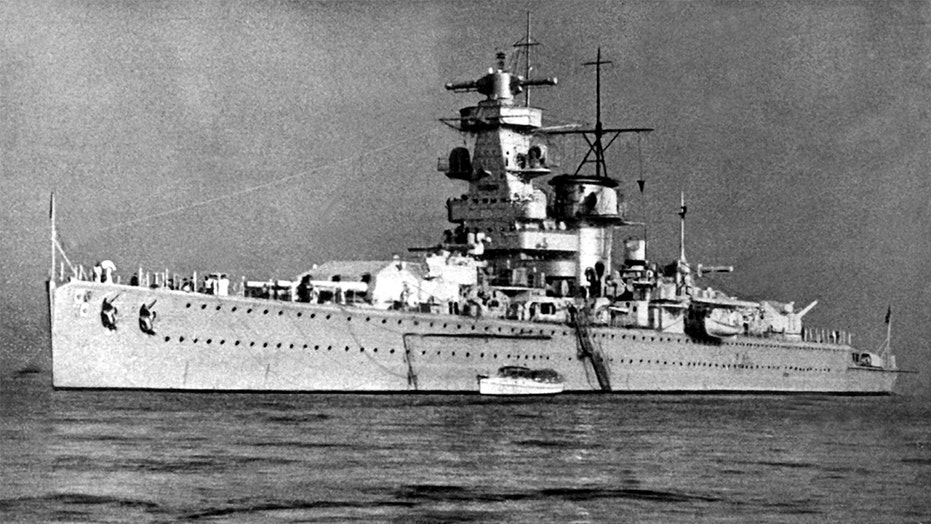 This Christmas Inge Nedden will honor a father she never knew in a land thousands of miles from her native Germany.

Her father, Captain Hans Langsdorff, was the commander of the German battleship Graf Spee during World War II. He is buried in Argentina’s National Cemetery in Buenos Aires, the city where he died by suicide in 1939.

Joining Nedden, 82, on the 80th anniversary of her father’s death will be descendants of the Graf Spee’s 1,000-person crew, who were saved when Langsdorff scuttled the ship on Dec. 17, 1939.

The badly damaged Graf Spee limped into the Montevideo harbor in Uruguay after a fierce battle with three British warships in the River Plate, which narrowly divides Uruguay and Argentina.

“He isn’t a public figure or a moral hero in Germany, and he should be honored for saving his crew,” Nedden told Fox News. “My encounters with those he saved have made me proud and defined my joy at the rescue of many men by my father.” 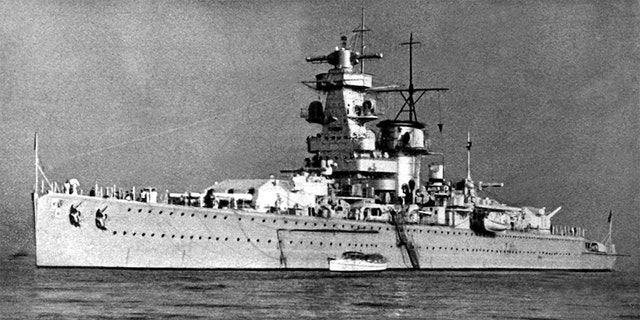 The badly damaged Graf Spee had limped into the Montevideo harbor in Uruguay after a fierce battle with three British warships in the River Plate, which narrowly divides Uruguay and Argentina.<br data-cke-eol="1">
(PA via Getty)

Although Germany’s defense ministry has acknowledged that Langsdorff saved the lives of the crew, and that his heroism is praiseworthy, the ministry stops short of any public expression that honors his decision.

When Langsdorff realized his ship could not be repaired in the brief time allowed by Uruguay, a neutral nation during World War II, and that the ship was low on ammunition, he made the decision to sink her rather than face impossible odds against the superior force of the British Royal Navy.

Following the scuttling of the ship, he and his crew were evacuated to Argentina, where the sailors were interned during the war. Many settled in Argentina after the war.

On Dec. 19, shortly after the ship sank, Langsdorff fatally shot himself in the head in a Buenos Aires hotel room. He was found lying on the Graf Spee battle flag. He left a note addressed to Germany’s ambassador to Argentina.

“For a captain with a sense of honor,” the note said, “It goes without saying that his personal fate cannot be separated from that of his ship.” 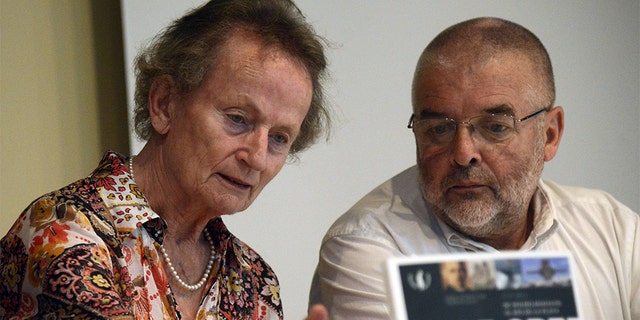 German Inge Nedden (L), daughter of German WWII battleship Graf Spee’s captain Hans Langsdorff, and Uruguayan writer Daniel Acosta y Lara (R) present his and Federico Leicht’s book "Graf Spee, from Wilhelmshaven to the River Plate", during the commemoration of the 75th anniversary of the Battle of the River Plate in Montevideo on December 13, 2014.
(AFP via Getty)

Hans-Jurgen Kaack, Langsdorff’s biographer and a former naval officer, believes suicide was the captain’s way of assuming full responsibility for the ship’s loss and for the casualties suffered during the battle with the British navy. The biography, “Captain on the Sea,” praises Langsdorff for saving his crew instead of blindly following Adolf Hitler’s order to fight to the last man, a fight Langsdorff believed would be hopeless.

Although Langsdorff is honored in some countries, he is largely ignored in Germany despite the fact that he appears to embody the modern German army’s stated ethos of encouraging personal responsibility and rejecting the blind obedience that characterized the Nazi period.

In 2007, the Canadian town of Ajax dedicated a street – Langsdorff Drive – to him, and the British Royal Navy, which was also spared casualties as a result of his action, will honor him in December at a memorial dinner at its Portsmouth base. 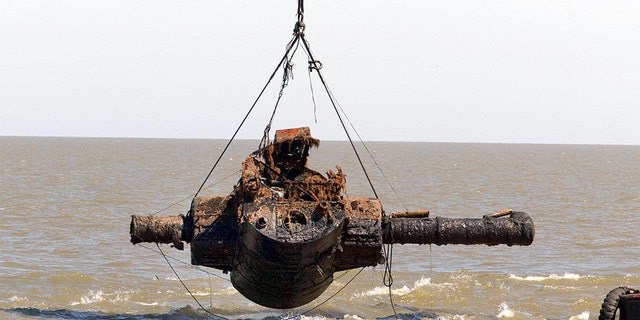 The Admiral Graf Spee’s rangefinder is raised from seabed 25 February, 2004 some 4 nautical miles from the port of Montevideo, Uruguay.
(AFP via Getty)

The German Naval School in Murvik displays a bust of Rear Admiral Rolf Johannesson, who ordered five sailors, charged with disloyalty, to be executed on April 21, 1945, weeks before the war ended in Europe.

There remains a very conservative mindset in the German navy where the duty to fight prevails, said Kaack in an email exchange. He has received angry letters from former naval officers who criticize him for his ethical approach in seeking to honor Langsdorff.

But others in Germany agree that Langsdorff should be honored.

“He preferred more than 1,000 living sailors to 1,000 dead heroes,” said Jan Korte, a member of Germany’s Left Party in the Bundestag, observing that Langsdorff acted according to his conscience, and not because of orders from the Nazi high command.

Kaack noted the gratitude felt by the descendants of the surviving crew. He expects that when they come together in December, they will express this gratitude in the knowledge that they owe their very existence to Langsdorff’s courageous act.