A DEVASTATED daughter has shared her agony after doctors placed a 'do not resuscitate' order on her elderly, Covid-stricken mum without her consent.

Tracey Temple's mum Victoria Thompson, 77, was given the DNR notice after she caught the virus at Fulbourn Hospital in Cambridgeshire. 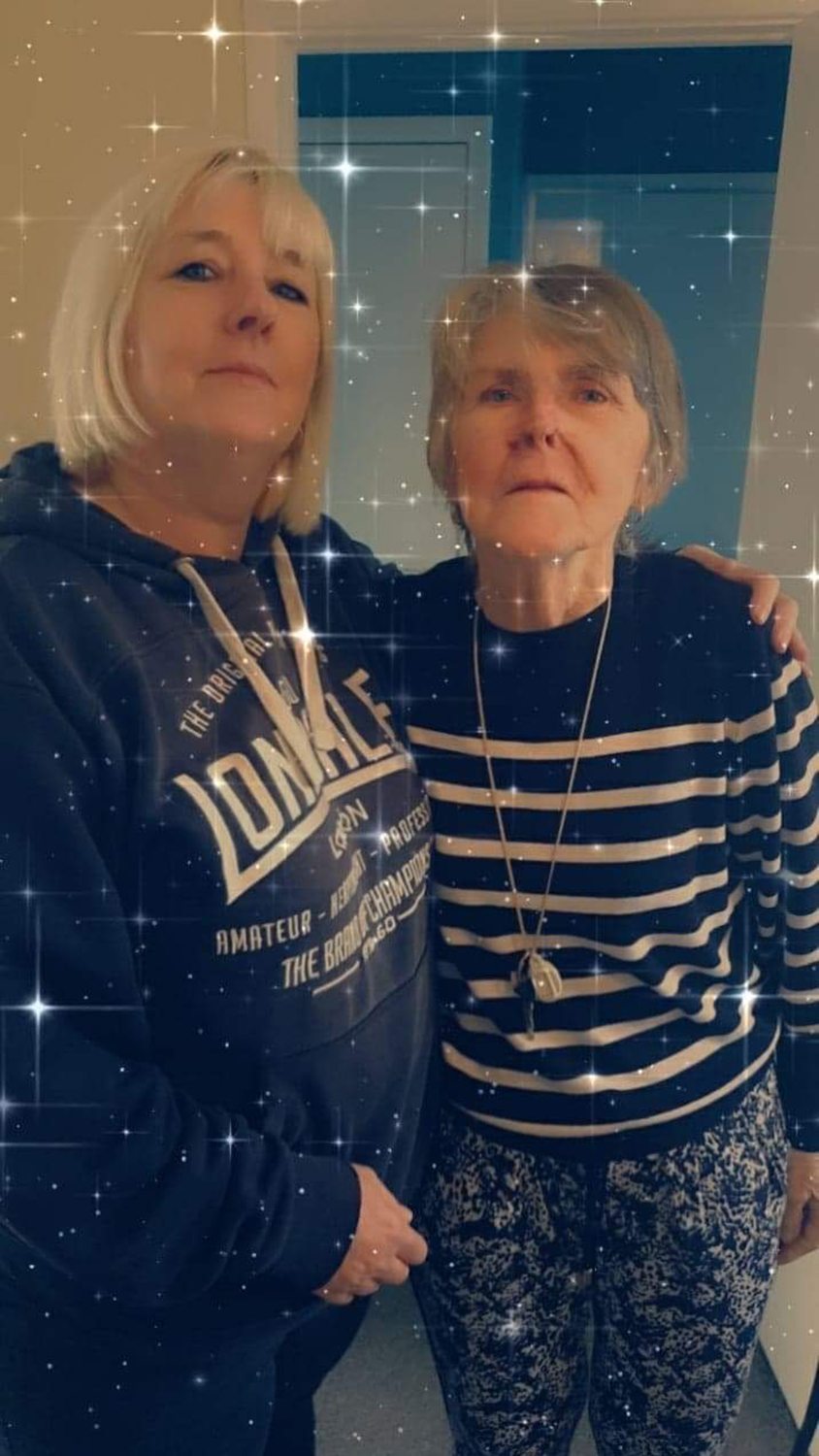 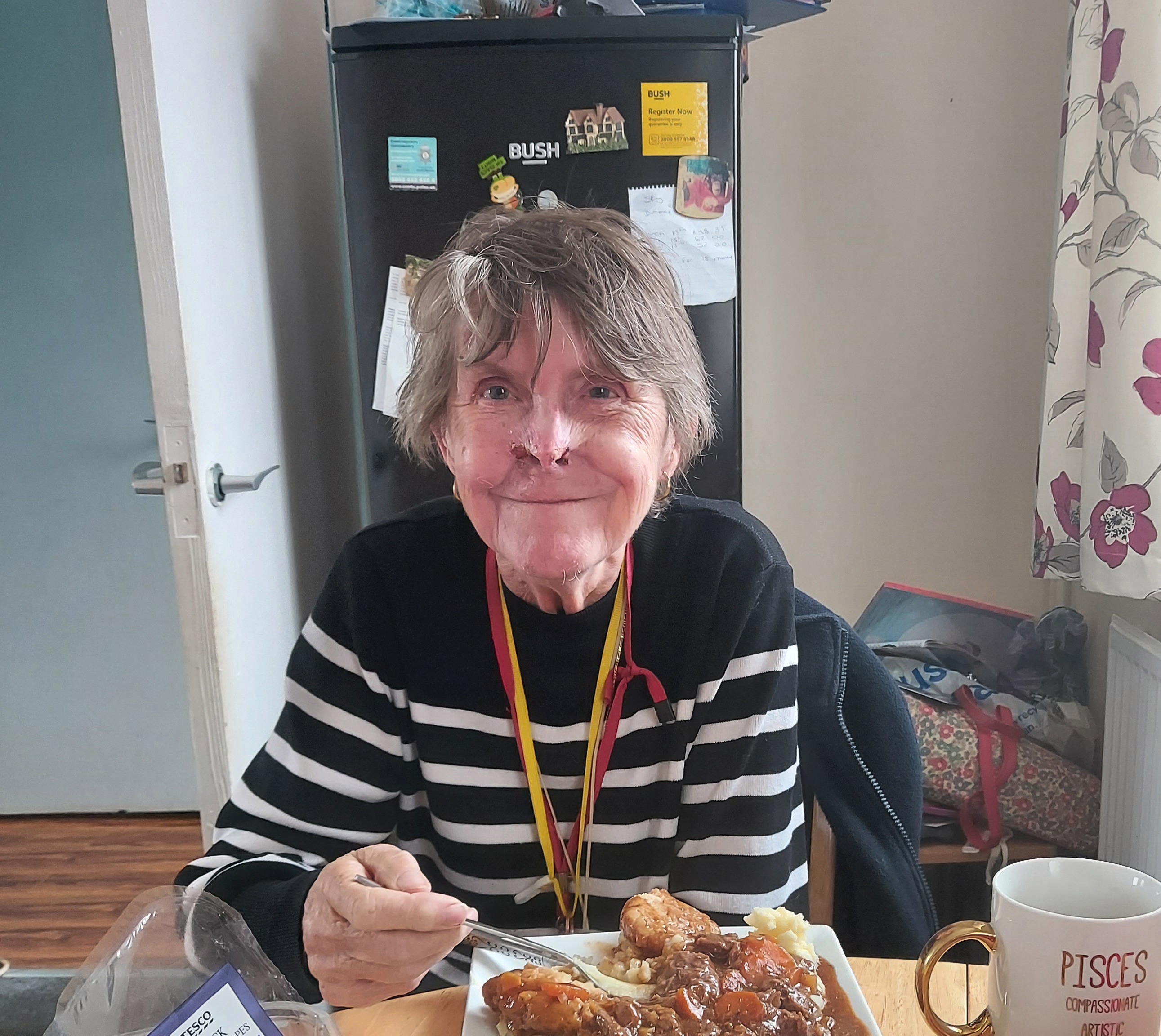 Ms Temple said her family was outraged to not have been told about the order, and that it was given without their consent or her mum's.

The heartbroken daughter told The Sun Online: "It felt like they were putting her in the bin.

"My concern is, is it just mum or is it happening with other people? How many older people have died not just because of the virus?"

Ms Temple said doctors told her the DNR order was given due to her mum's dementia – but she claims her mum has never received an official diagnosis.

She is now fighting to get the order lifted to save her mum's life.

Her ordeal comes as an urgent investigation is underway into blanket DNR orders being given without permission during the pandemic.

There are fears that patients in hospital wards and residents in care homes have been placed under illegal, blanket orders without being consulted as the health service buckles under the strain.

Campaigners claim doctors have been playing God with the elderly and disabled condemned to die the moment they take a turn for the worse.

Mrs Thompson was taken to hospital after she began losing weight and became increasingly confused.

She had been "very independent" before the Covid pandemic hit, her daughter said.

Ms Temple said her great niece had been living with Mrs Thompson in St Neots, Cambridgeshire but was unable to keep doing so during lockdown.

She said: "Mum was alone. I called social services to ask if they could help her.

"A social worker who had come round to visit was quite alarmed."

Shortly before Christmas, a close friend of her mum's died.

Ms Temple said: "It added to her depression and made her more confused.

"There was much more erratic behaviour. She was calling me in the middle of the night, talking about the 'kids at home' – my sister thinks she was seeing things that aren't there, there was very strange things going on.

"My sister went round to visit her and mum wouldn't get out of bed.

"My great niece had found mum sitting on the floor with a plastic bag on her head."

Eventually, Ms Temple and her sister Mary Preston were unable to wake their mum and she was taken to hospital.

She was sent home from hospital – but the very next day on December 18 she was taken to a dementia care wing at Fulbourn Hospital.

Ms Temple said: "The first week she was there she was in isolation, and had a negative Covid result. 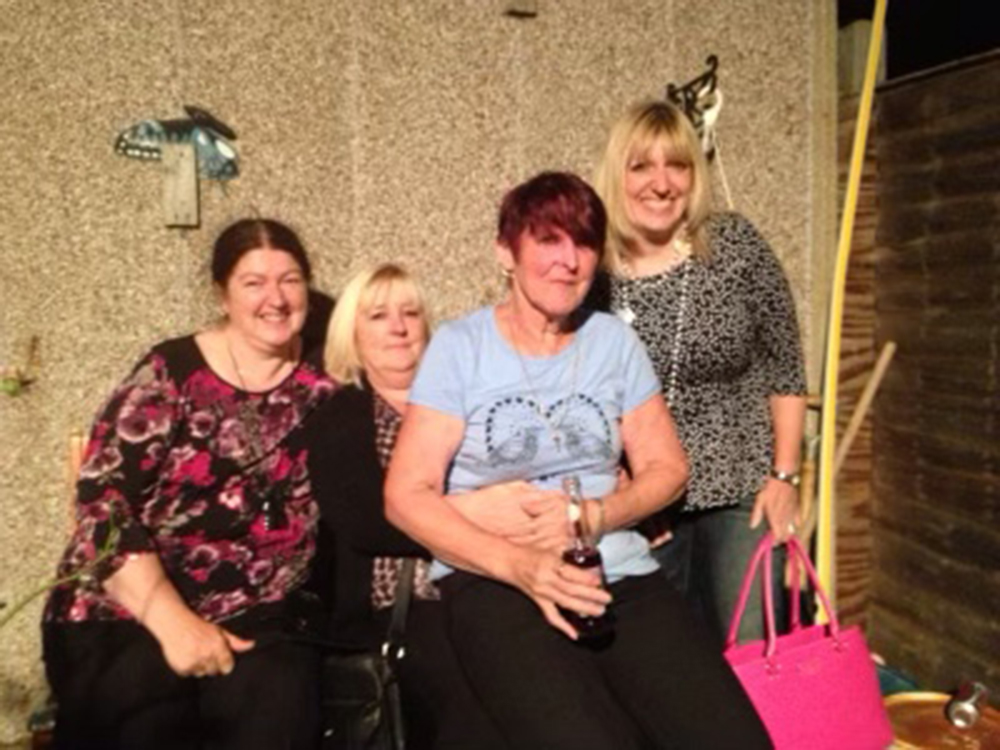 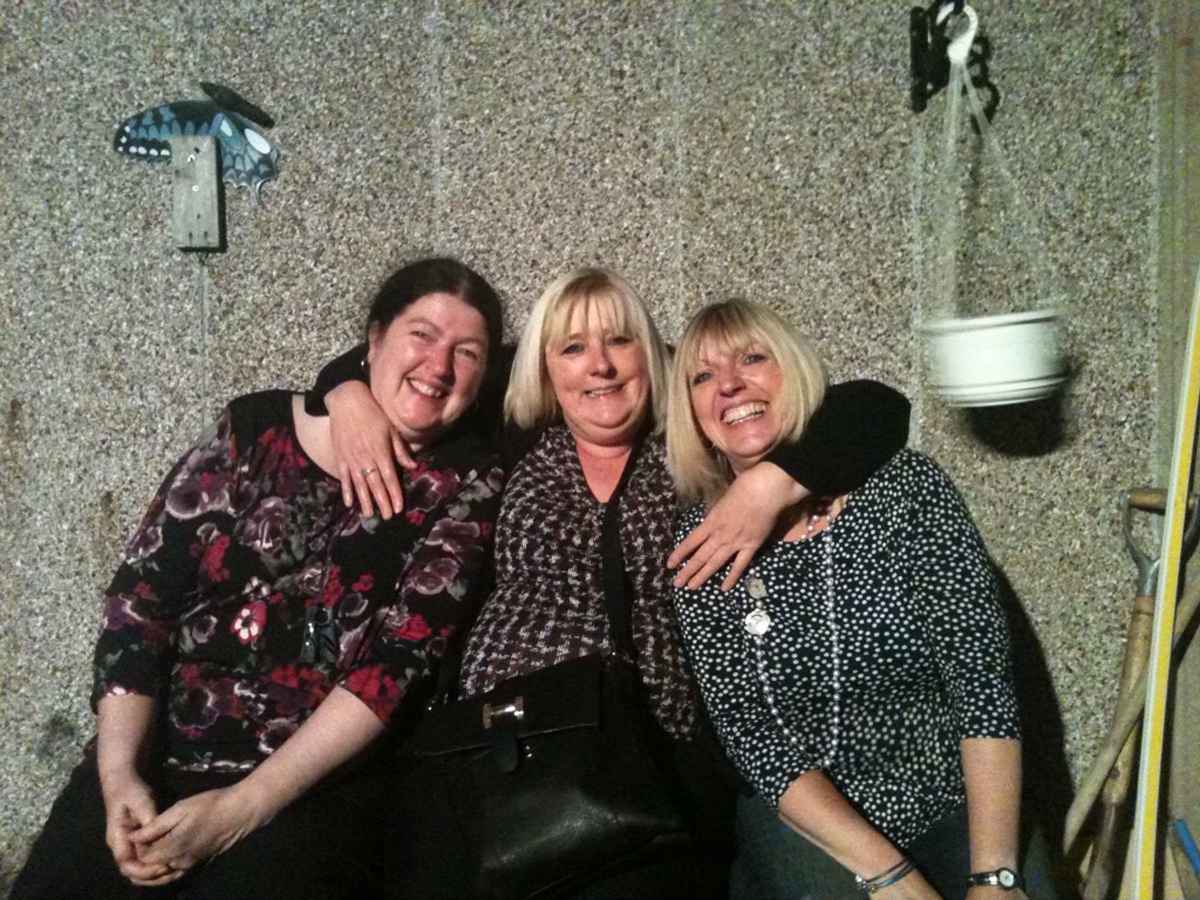 "Then we got a phone call towards the end of last week saying someone on her ward tested positive.

"We were really concerned, we asked if mum could stay isolated but they said they couldn't do that."

As family members were unable to visit her in hospital, staff set up a virtual meeting so that Mrs Thompson's relatives could chat with her.

"She was just sleeping, she didn't seem like herself," Ms Temple said.

Ms Temple later noticed that her mum's file in hospital had a "do not resuscitate" order on it.

"We spoke to staff at the hospital and said 'excuse me, we weren't consulted about that', that it hadn't been discussed with us," Ms Temple said.

"We were sort of brushed off. I assumed it was taken off.

"We were then told that the DNR was still in place. I phoned up a doctor, and the doctor said the DNR was there because of dementia – but mum doesn't have an official diagnosis for dementia."

Ms Temple said she had been trying to get her mum a diagnosis but had been unable book an appointment with a doctor to due to the coronavirus pandemic.

She said: "It's really stressful. We are staying in touch much more, we're trying to support each other, that's all we can do.

"What upsets me more than anything is speaking to medical professionals who seem to not care. They say that's just the way it is.

"This is our mum – we haven't lost her yet, and we don't want to lose her.

"We'd like to be treated with a bit of understanding. This is fresh for us, this is our mum."

She issued a warning for people with family members in hospital suffering from the bug.

"Anyone with a relative with Covid, or in hospital or in care, that is elderly, or has special needs or a serious health issue, should check that they don't have a do not resuscitate note on their files," Ms Temple said.

My concern is, is it just mum or is it happening with other people?

Mrs Thompson was moved to Addenbrooke's Hospital on Wednesday, where she still has a DNR notice on her file, Ms Temple said.

A spokesman for Cambridge University Hospitals – which runs Addenbrooke's – said they couldn't comment on individual patients.

The spokesman said: "We would reassure the family that this case is being investigated by our Patient Advice and Liaison Service, which will report back to them as soon as possible.”

The Sun Online has contacted Fulbourn Hospital for comment.

In October, an investigation began into DNR orders being given to care home residents.

The Care Quality Commission said the investigation would include care homes and hospitals.

The CQC said the DNR orders were being given without consent.

The investigation comes after a raft of complaints by NHS whistleblowers and members of the public.

Davina Hehir, the Director of Policy and Legal Strategy at the campaign organisation Compassion in Dying, says the number of calls they have received about DNARs have doubled since the pandemic started. 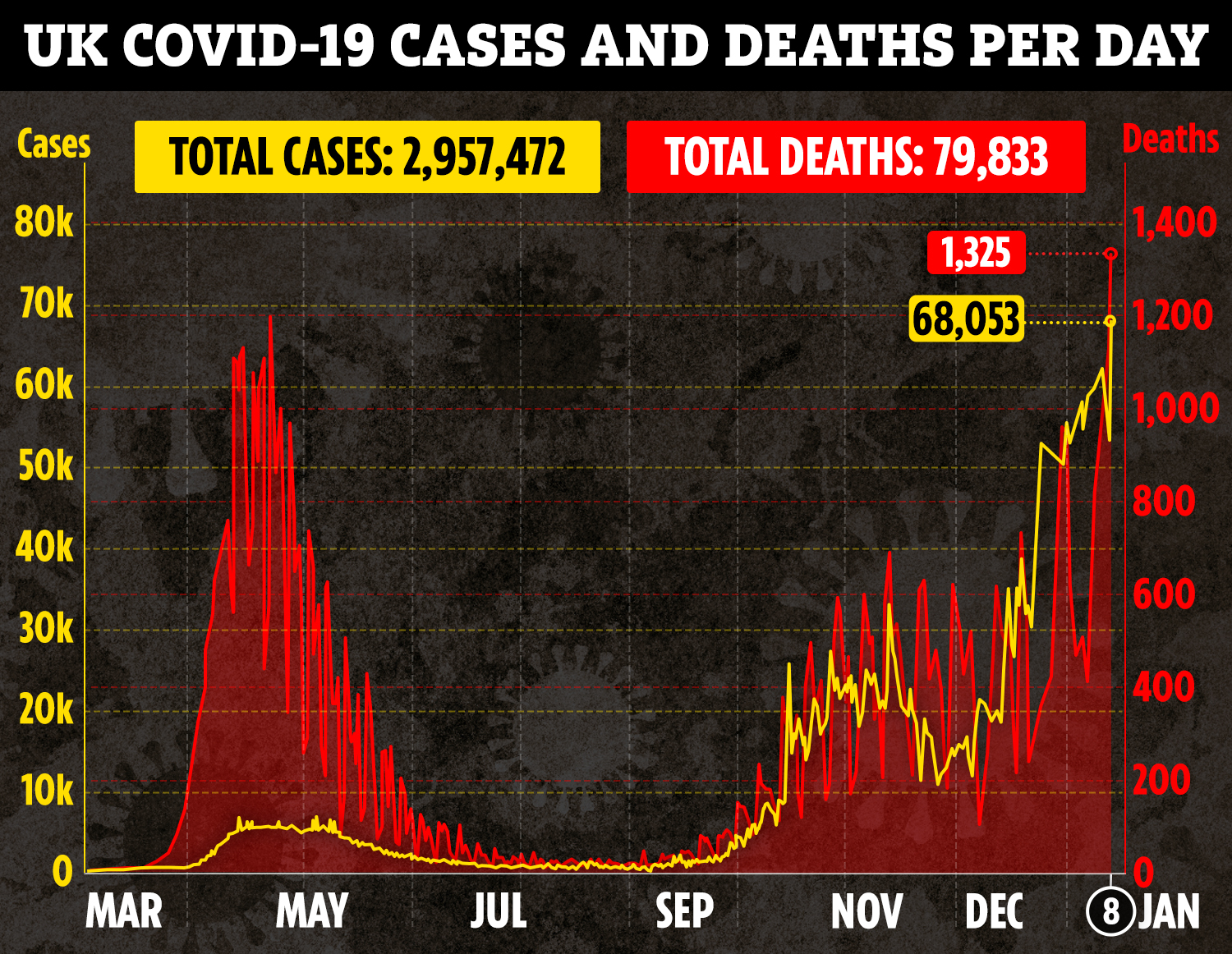