SCIENTISTS are investigating the disease that is killing hundreds of African elephants as it could transfer to humans.

The new mysterious virus has killed up to 400 elephants in the Okavango Delta, Botswana since May. 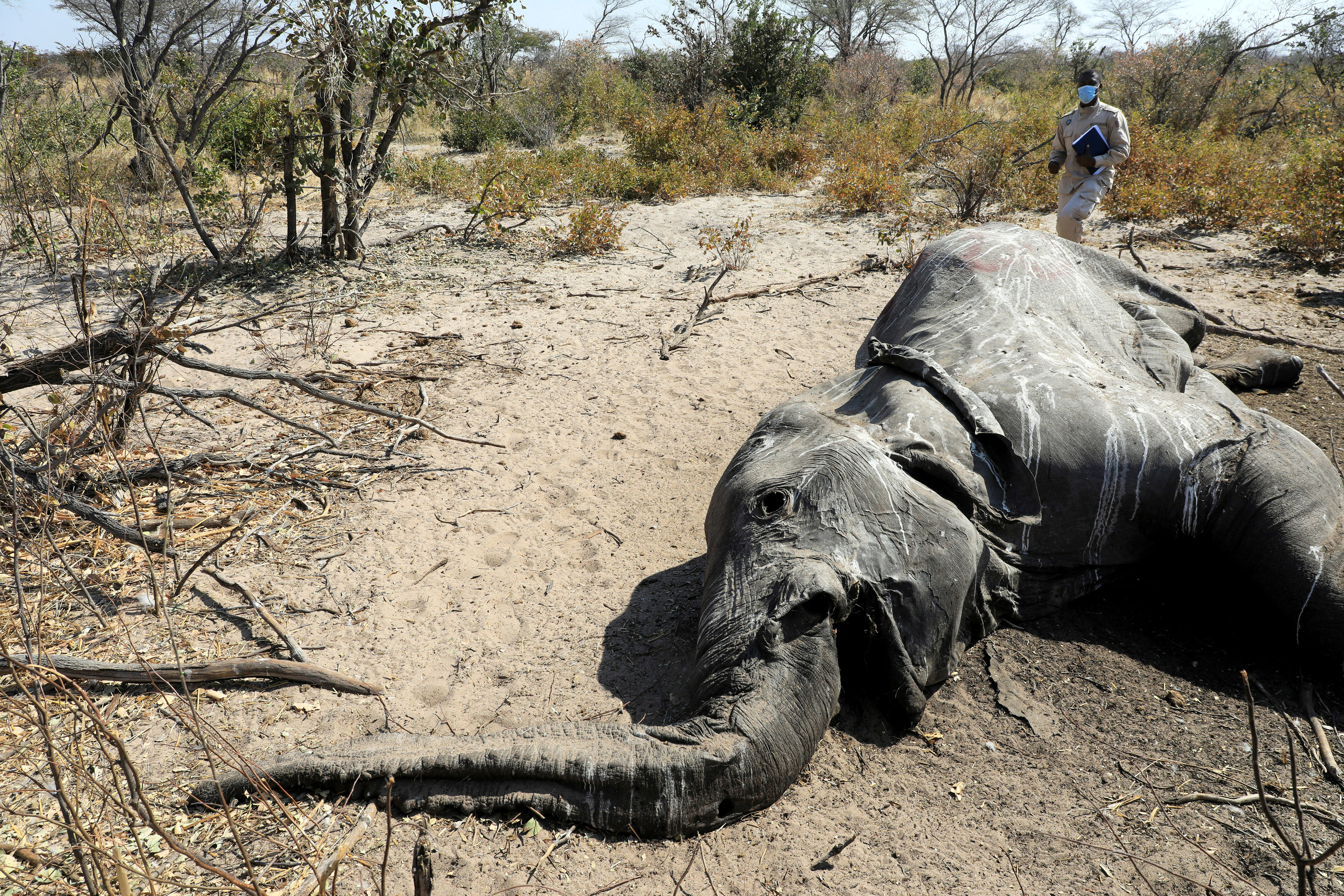 Wildlife experts believe an unknown pathogen – a novel elephant virus – could be behind the mass deaths.

Aerial shots have shown the massive carcasses strewn across the area near watering holes in an unprecedented die-off that isn't affecting other animals.

Hundreds of elephants have been spotted looking confused, wandering around in circles and then falling onto their faces before dying, Daily Express reports.

Local reports say that elephants of all ages and both sexes have died.

Several live elephants are reportedly weak which suggests that more will die in the coming weeks. 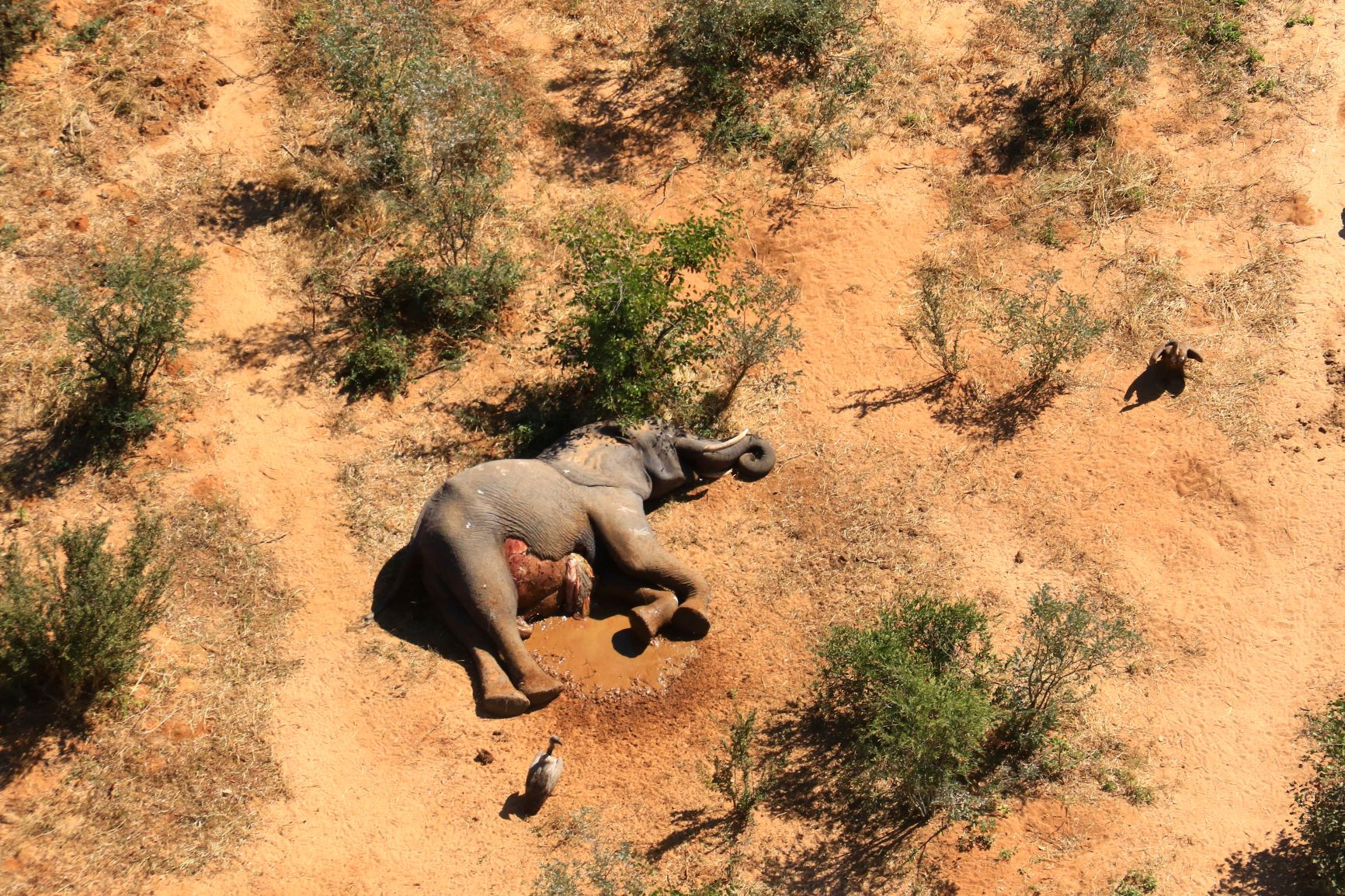 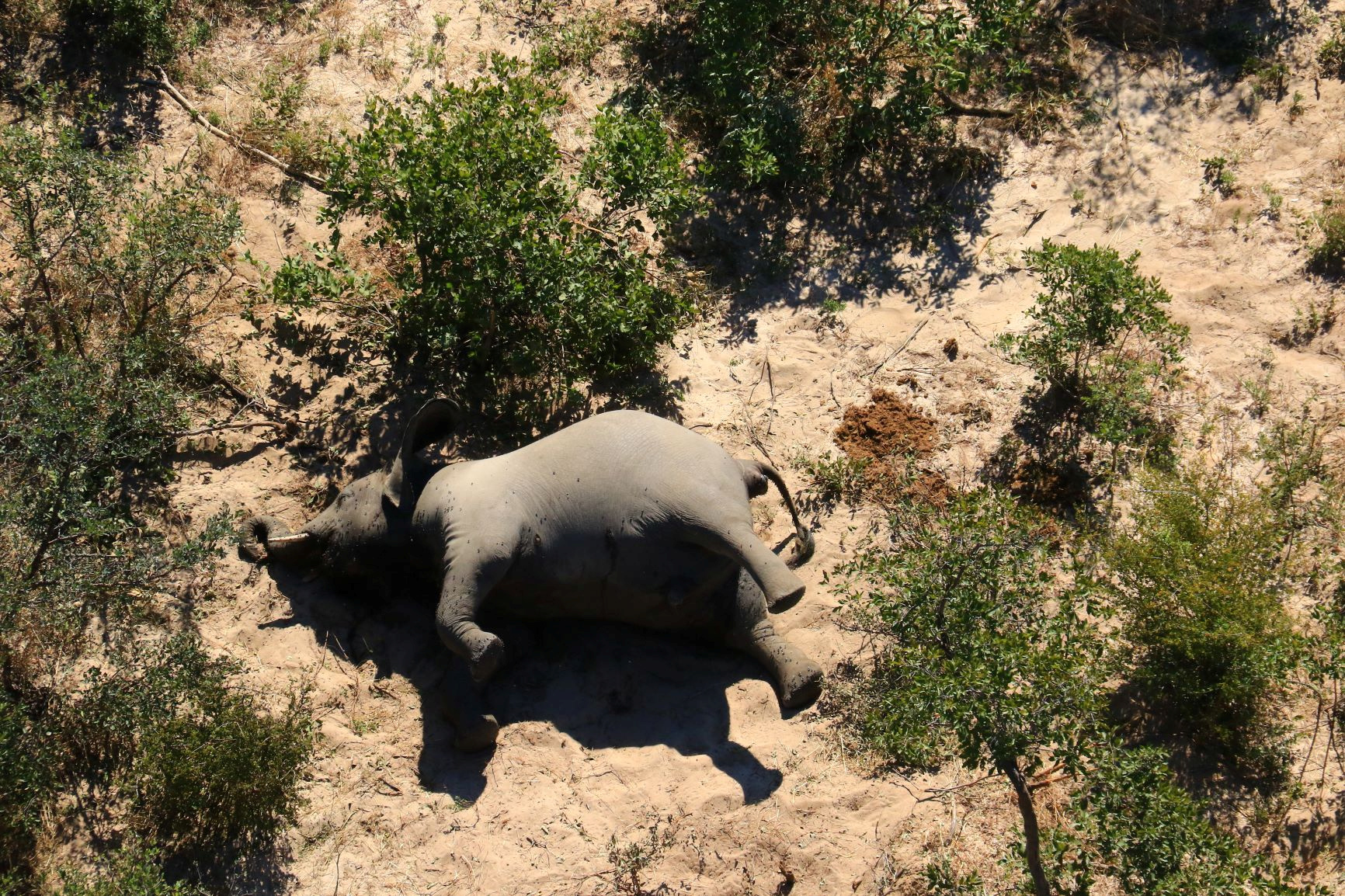 Dr Niall McCann, the director of National Park Rescue, said: "This is a mass die-off on a level that hasn't been seen in a very, very long time.

"Outside of drought, I don't know of a die-off that has been this significant."

He added "We are currently living with a zoonotic spillover event.

"The absolute worst case is that this could turn into another one. It is incredibly important to rule out the prospect of this crossing over into people.

"Yes, it is a conservation disaster – but it also has the potential to be a public health crisis. 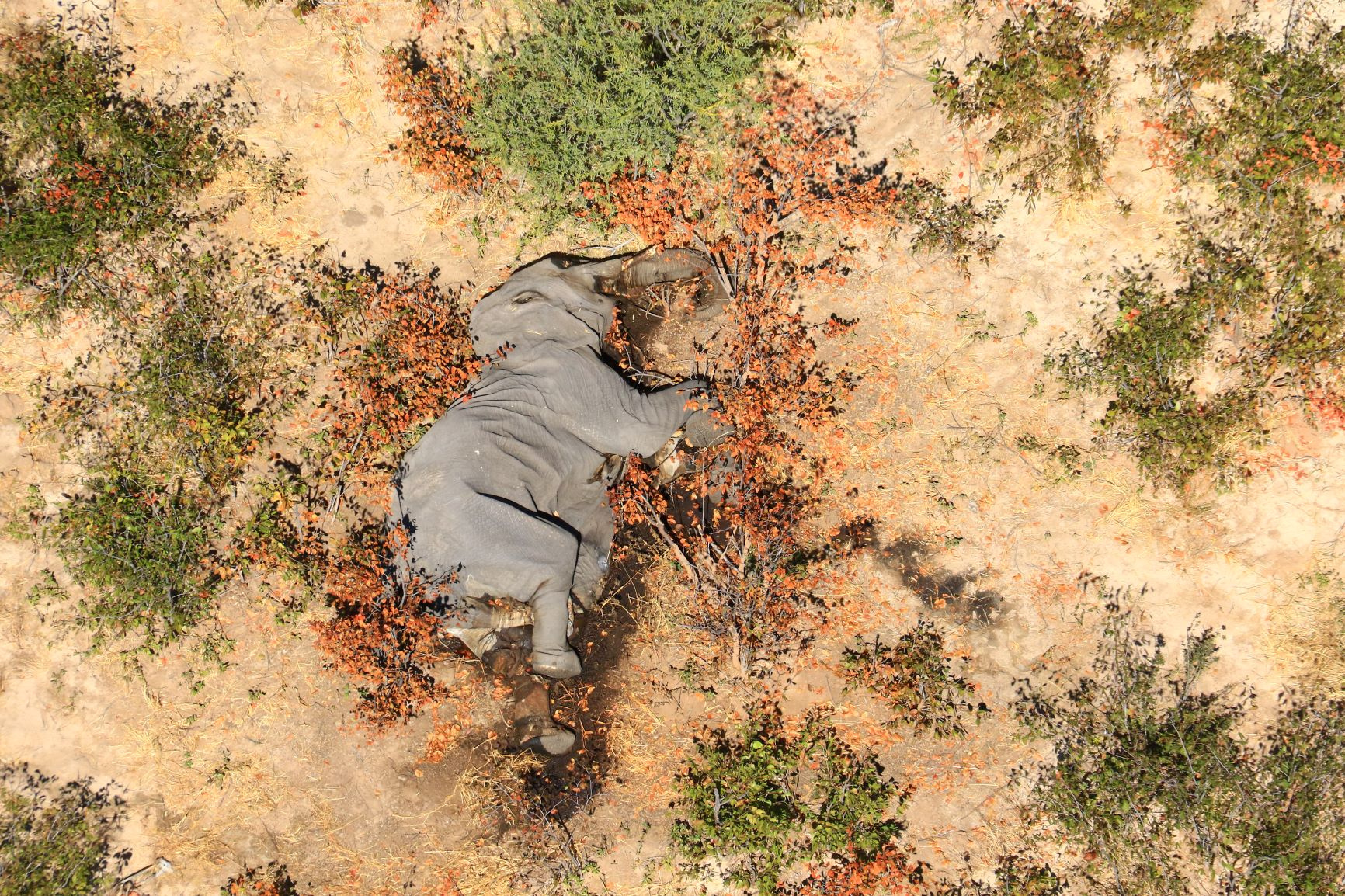 "The whole environment needs to be sampled — the vegetation, water and soil. All the tissue of the carcass, the muscle, blood, brain, spleen."

Samples taken from the elephant carcasses have been sent to Zimbabwe to determine the cause of death.

Scientists have urged the government to test the animals to ensure they do not pose a risk to human life.

"The lack of urgency is of real concern and does not reflect the actions of a responsible custodian," said Mary Rice, executive director of the Environmental Investigation Agency in London.

Conservationists think that the death toll will be higher as "carcasses can be difficult to spot".

Cyanide poisoning, often used by poachers in Zimbabwe, could be a possible cause of death but scavenging animals do not appear to be dying at the carcasses. 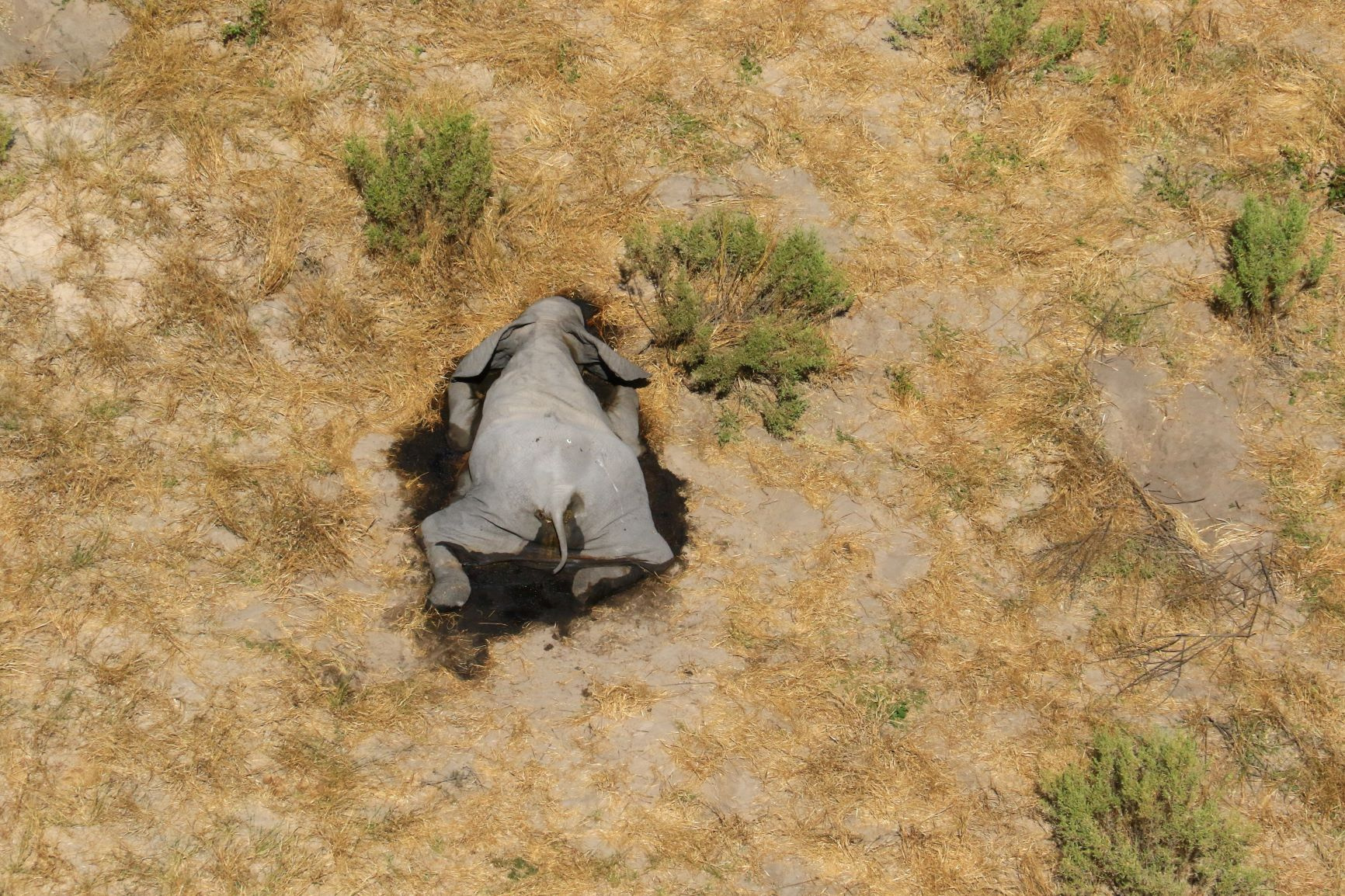 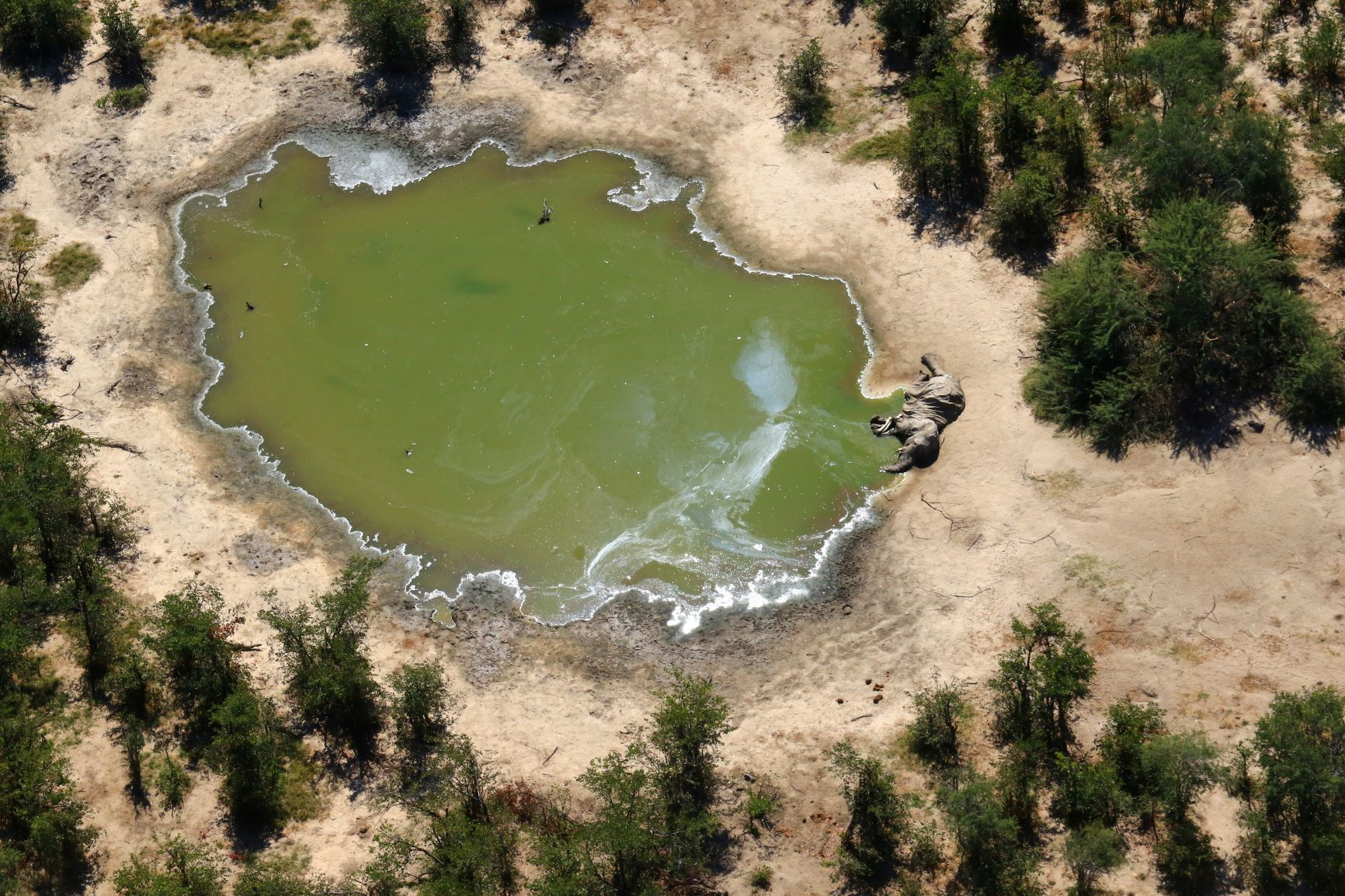 Botswana is home to more than 130,000 elephants – approximately a third of Africa's remaining savanna elephants. There are about 18,000 elephants in the Okavango Delta.

Poaching and anthrax have been ruled as possible causes and there has been no drought, another mass killer of elephants.

Experts are waiting for more results from South Africa next week before sharing findings with the public.

Oduetse Kaboto, a senior official in the environment and tourism ministry, said: "We have to wait for another set of results and reconcile the two to see if they are saying the same thing before we come to a definitive conclusion.

"We are hoping the second set of results will come in next week and that's when we should be able to communicate to the public the cause of deaths."

Dr Cyril Taolo, acting director for Botswana’s department of wildlife and national parks, said: “We are aware of the elephants that are dying.

"Out of the 350 animals we have confirmed 280 of those animals. We are still in the process of confirming the rest."

The Botswana wildlife department said the government contacted officials in neighbouring Zimbabwe, Angola, Namibia and Zambia but they had not seen similar elephant deaths.

Africa's overall elephant population is declining due to poaching, but Botswana, home to almost a third of the continent's elephants, has seen numbers grow from 80,000 in the late 1990s.

The first unusual deaths were reported in May when 169 elephants died in a short period at the delta.

The toll had almost doubled by mid June, with 70 per cent of deaths occurring at waterholes, according to local sources. 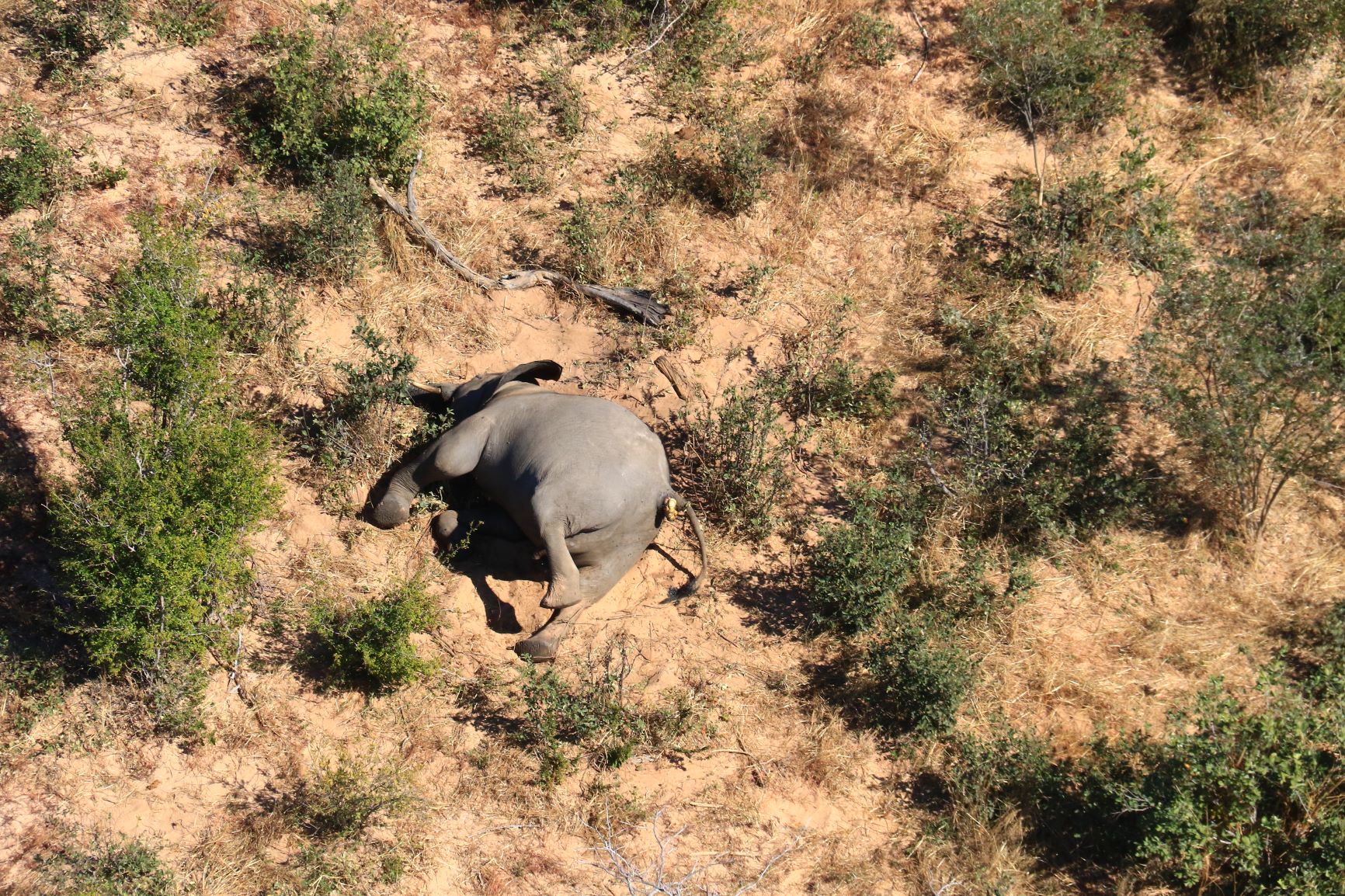 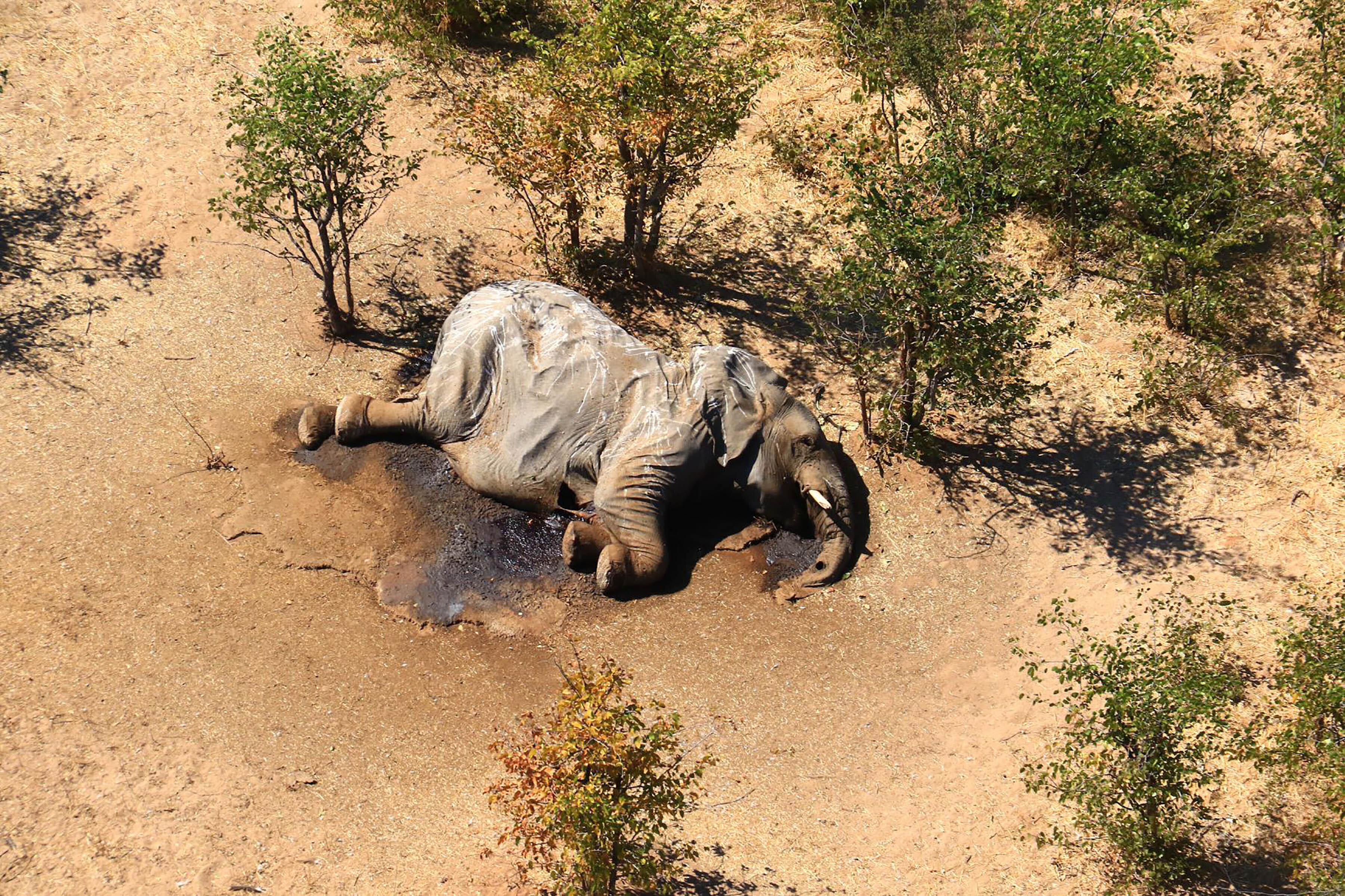