Intense fighting is taking place between US-backed forces and Islamic State militants to capture the last pocket of land held by the militant group.

Huge blasts were heard as US-led coalition airstrikes struck the ground and smoke could be seen billowing into the sky on Sunday, from an arms depot hit the day before.

A spokesman for the Syrian Democratic Forces said his fighters were engaged in a “decisive battle” with IS, with slow advances taking place minute by minute. 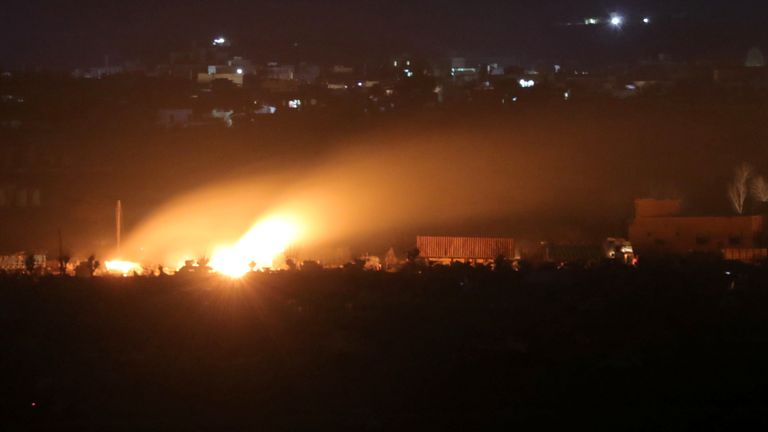 “Our forces are advancing at a slow pace to avoid any problems. We expect a decisive battle in the morning,” Marvan Qamishlo, an SDF military media official told Reuters earlier.

The fighting is centred on the village of Baghouz where a few hundred IS fighters are held up after refusing to surrender.

Holding up the SDF’s progress are “thousands of mines”, Mr Qamlisho said. 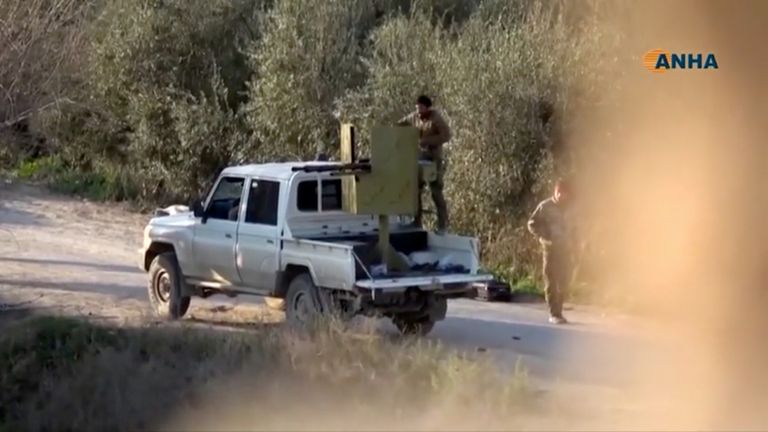 Kurdish-led fighters, known as the Syrian Democratic Forces, restarted their offensive against IS on Friday night, after a two-week pause to allow civilians to be evacuated.

Among those taking part in the battle are fighters from the Women’s Defence Units of the YPG, also called the YPJ, according to the group’s Twitter account.

Mr Qamlisho said the jihadists who remain are mostly foreigners who are using tunnels to hide and launch surprise attacks.

Video footage released on Twitter by pro-Kurdish groups who say they are involved in the fighting claim to show at least one car bomb suicide attack being repelled.

Another shows a giant explosion as the arms depot is hit, which Kurdish news agency ANHA said belonged to IS “mercenaries”.

:: What happened to the war in Syria?

About 40,000 people from a range of countries have left the area held by the militants in the last three months as IS has been driven back.

The number of people streaming out of Baghouz exceeded initial estimates of how many would be inside.

The SDF told Reuters on Thursday that many of those fleeing had been sheltering underground in caves and tunnels.

The US-led international coalition supporting the SDF has described those who remain in Baghouz as the “most hardened” militants.

Meanwhile, in Syria’s Idlib province, 10 Islamic State fighters were executed on Saturday by jihadist militant group Tahrir al-Sham, according to a news outlet that supports the rival jihadist alliance.