The Democratic chairman of the House of Representatives Foreign Affairs Committee, Eliot Engel, expressed concern about Trump’s hints that military action was an option in Venezuela, where President Nicolas Maduro is under intense international pressure to step aside and the country’s economy is in chaos.

The head of Venezuela’s National Assembly, Juan Guaido, invoked a constitutional provision to assume the presidency three weeks ago, arguing that Maduro’s re-election last year was a sham.

Most Western countries, including the United States, have recognized Guaido as Venezuela’s legitimate head of state, but Maduro’s socialist government retains the backing of Russia and China, as well as control of state institutions including the military.

Under U.S. law, Congress – not the president – must approve foreign military action. At the hearing, Democrats on the committee pressed Abrams on his views on military intervention, but questions about his credibility provoked the most heated exchanges.

Abrams, an assistant secretary of state under President Ronald Reagan, was convicted in 1991 of withholding information from Congress during the Iran-Contra scandal, in which U.S. officials secretly facilitated the sale of arms to Iran and funneled the money to rebels fighting Nicaragua’s leftist government. He was pardoned by President George H.W. Bush.

Representative Joaquin Castro asked Abrams if he was aware of any transfers of weapons or defense equipment by the U.S. government to groups in Venezuela opposed to Maduro. Abrams responded that he was not.

“I ask this question because you have a record of such actions,” Castro said. “Can we trust your testimony today?” 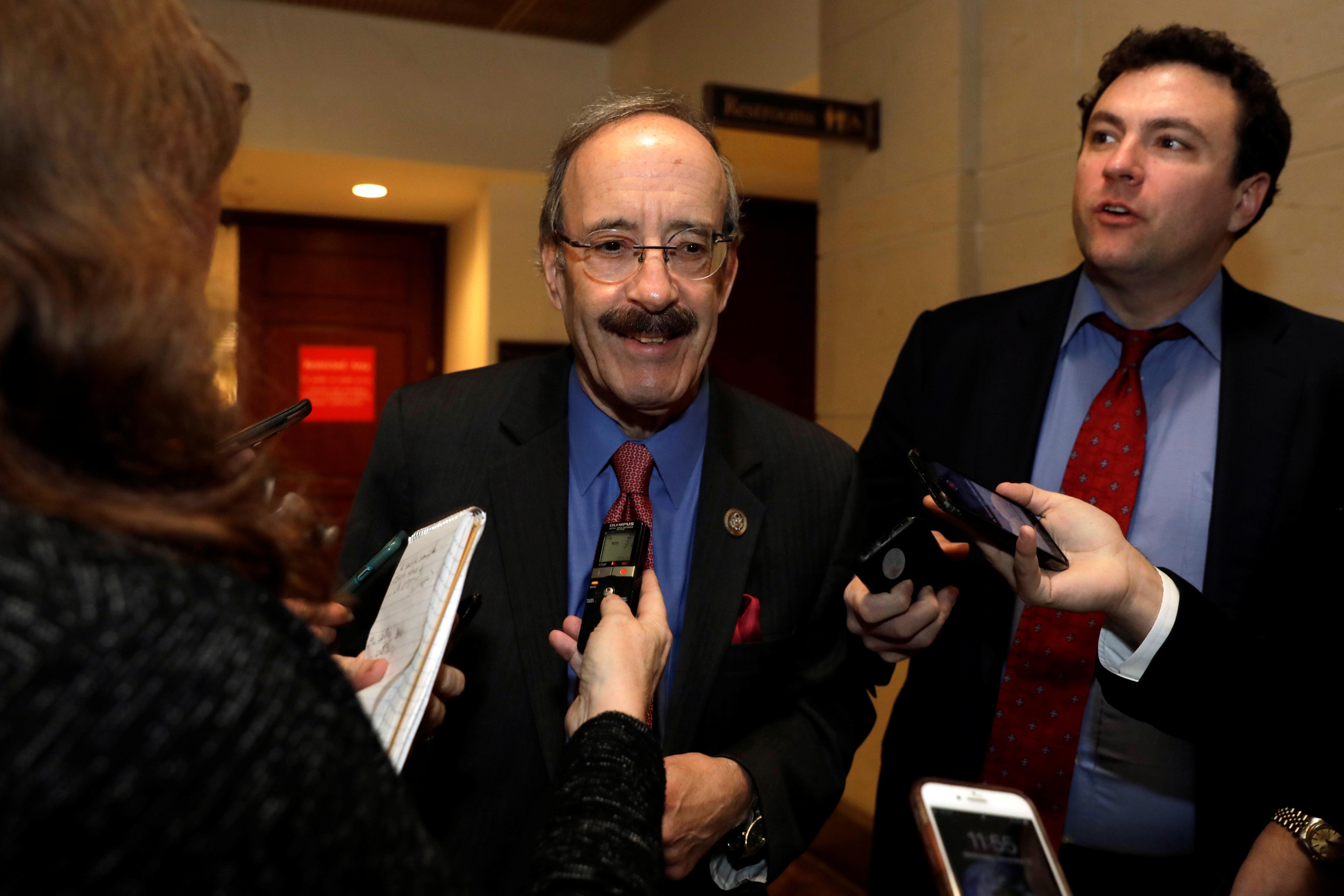 Representative Ilhan Omar discussed U.S. support for anti-communists in Central America during the Cold War and cited Abrams’ initial dismissal of reports of the 1981 El Mozote massacre in El Salvador as left-wing propaganda.

“Would you support an armed faction within Venezuela that engages in war crimes, crimes against humanity or genocide if you believe they serve the U.S. interests as you did in Guatemala, El Salvador or Nicaragua?” Omar asked.

“I am not going to respond to that question,” Abrams replied. He called her questioning a personal attack.

Abrams also drew intermittent outbursts from protesters at the hearing. “You are a convicted criminal!” one man shouted before being escorted out.

Abrams said Washington would keep up pressure on Maduro and his inner circle by “a variety of means.”

“But we will also provide off-ramps to those who will do what is right for the Venezuelan people,” he said.

Engel warned about the possible effects on the Venezuelan people of U.S. sanctions on state oil company PDVSA. The United States in January imposed sanctions aimed at limiting Maduro’s access to oil revenue.

“I appreciate the need to squeeze Maduro,” Engel said. “But the White House must think through the potential repercussions that these sanctions could have on the Venezuelan people if Maduro does not leave office in the coming weeks.”

“The situation is deteriorating on a daily basis,” he said.