DENVER — A series of books published by a company once owned by the gunman who targeted multiple people at tattoo parlors and elsewhere Monday across the Denver area eerily foreshadowthe deadly shooting rampage – even naming two of the victims.

Six people, including the shooter, died in the shootings in Denver and nearby Lakewood on Monday evening, authorities said. Two people were injured, including a police officer.

Tattoo artists Alicia Cardenas, 44, and Danny Schofield, 38; former yoga instructor Alyssa Gunn Maldonado, 35; hotel clerk Sarah Steck, 28; and Michael Swinyard, 67, were killed by the shooter, according to family members and the city medical examiner. Authorities did not release the identities of the officer and another man who were injured.

Authorities on Tuesday identified the gunman as Lyndon James McLeod, 47. He was killed in a gunfight with police. A motive remains under investigation.

In the books, published by a Denver business that, according to public records, the gunman once owned, a main character named "Lyndon James MacLeod" brutally murders people inside a tattoo parlor along the same street as one of the shootings Monday.

FACT? CHECKED: Make sure you have the real story with the Checking the Facts newsletter

The character murders a man named Michael Swinyard and a woman named Alicia Cardenas. He also targets two more people with the same first names of two employees of Cardenas' tattoo parlor, as well as a man with the same full name as another Denver-area tattoo artist who wasn't killed in the attacks. The book also includes characters identified only as "Sarah" and "Danny."

According to an Amazon listing for the series, the books were published between 2018 and 2020. A website and two social media pages for the series appear to promote violent ideologies while also selling merchandise.

The gunman was known to law enforcement and officers investigated him twice between mid-2020 and early 2021, Denver Police Chief Paul Pazen told reporters in a joint press conference Tuesday. Neither investigation resulted in criminal charges, Pazen said. He would not give further details about the incidents. 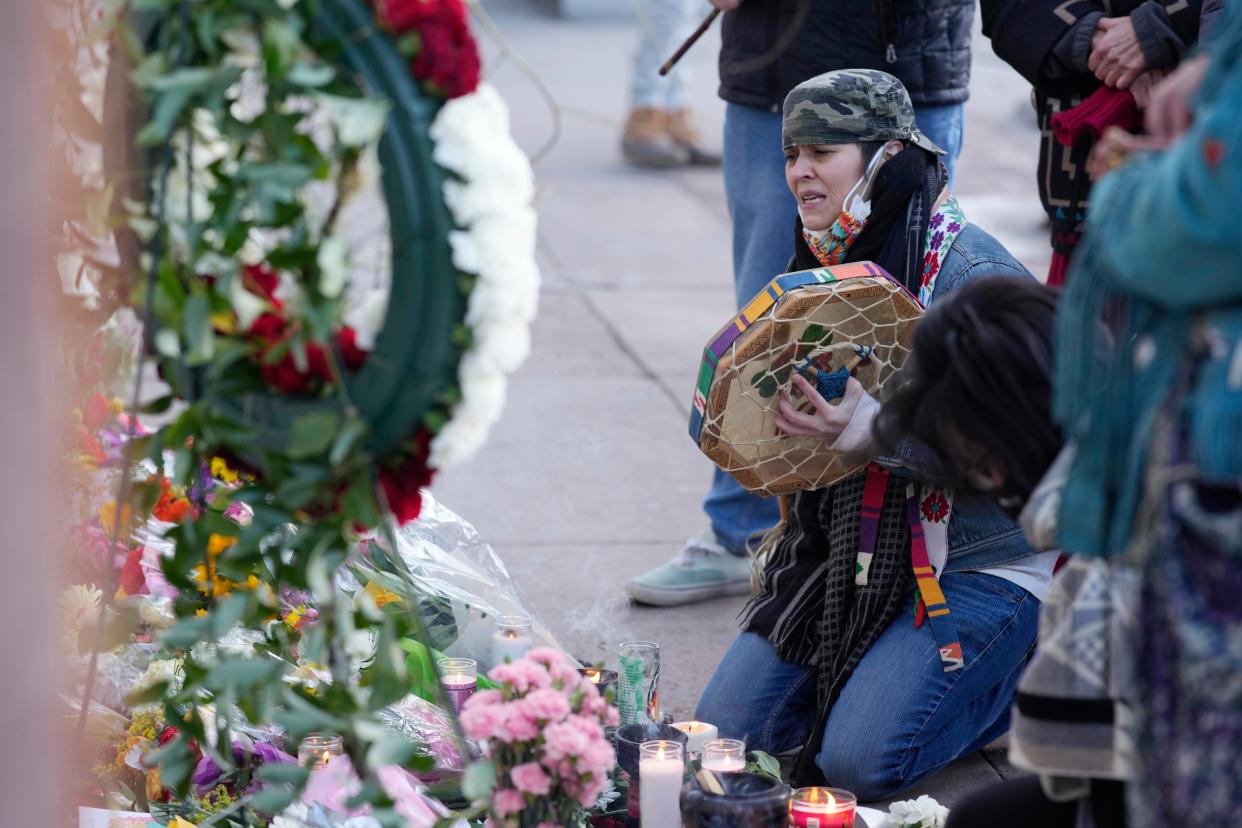 Denver Police are "aware" of the book series, which has become "a component of our ongoing homicide investigation," the department told USA TODAY in a statement Wednesday.

The shooter had "personal" or "business" relationships with nearly all of the victims, Matt Clark, Denver police commander of the Major Crimes Division, said Tuesday. "It does appear that the offender was targeting specific people in this case," Clark said.

During the shooting spree, the gunman opened fire at three locations in or near tattoo parlors, and four of the victims were shot inside tattoo shops, according to addresses provided by law enforcement.

The "complex series of incidents" started after 5 p.m. Monday in Denver, Clark said, when the man fatally shot Gunn Maldonado and Cardenas and wounded a man inside Sol Tribe Tattoo & Piercing. The man was taken to a hospital in critical condition and is expected to survive, Clark said.

Minutes later, at an address at or near another tattoo parlor, World Tattoo Studio, the man shot at people inside a hybrid residence-business, but no one was injured, Clark said. The man then set a van on fire in the alley behind the business, Clark said.

Police received a call about the shooting, then another call minutes later, after the gunman fatally shot Swinyard in his residence near Denver's Cheesman Park, Clark said. Officers located the gunman minutes later and exchanged gunfire, but the man disabled the officers' car and took off onto the highway, Clark said.

'HEART HAS BEEN RIPPED OUT': Mom of teen killed by LA cop in Burlington store prayed, held daughter as she died

Romero said Lakewood police agents later found the man's vehicle near or at a Wells Fargo bank in a busy shopping district, and officers exchanged gunfire before the man fled. The man then entered a nearby restaurant, where he threatened people with a gun but did not fire any shots or injure anyone, Romero said.

The man went around the corner to the nearby Hyatt House hotel, walked inside, had a "brief conversation" with the front desk worker, Steck, and shot her several times, Romero said.

Less than two minutes later, the man was walking through a shopping center when he encountered a Lakewood police agent, who was alone. The man shot the officer in the abdomen, and she fatally shot him, Romero said. 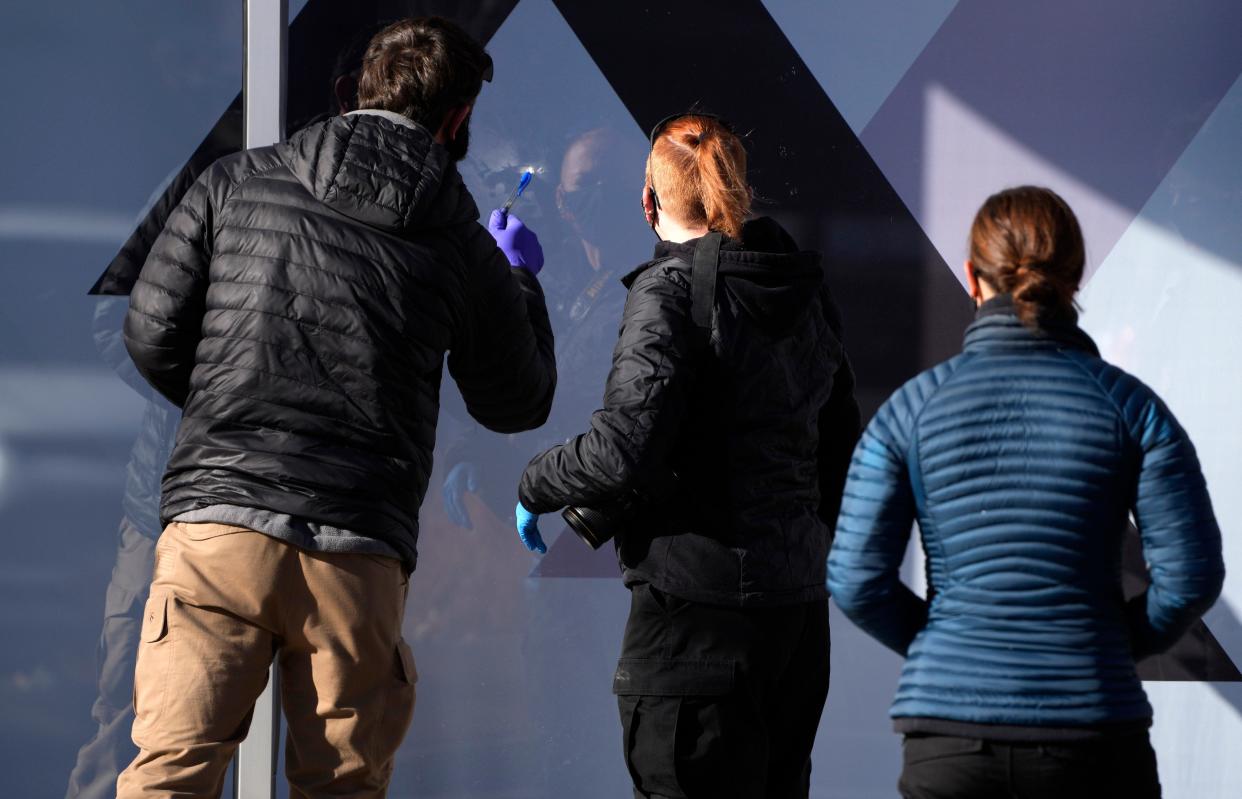 "I can't overemphasize enough the heroic actions of our Lakewood police agent. In the face of being shot, in the face of danger, she was able to not only save others from this terrible tragedy but also neutralize the threat," Romero said.

The three-year veteran of the department underwent surgery and will need more surgeries but is in stable condition, Romero said Tuesday. The officer's family was traveling to Colorado, and her identity would be made public later, Romero said.

Steck, who worked at the Hyatt, was taken to the hospital Monday and died from her injuries Tuesday, police said. Police said the gunman had "previous interactions with the hotel" but not Steck, specifically.

Wednesday, dozens of candles flickered in the weak winter sun as a steady stream of mourners stopped by Sol Tribe Tattoo & Piercing to pay their respects, placing flowers and wiping away tears. 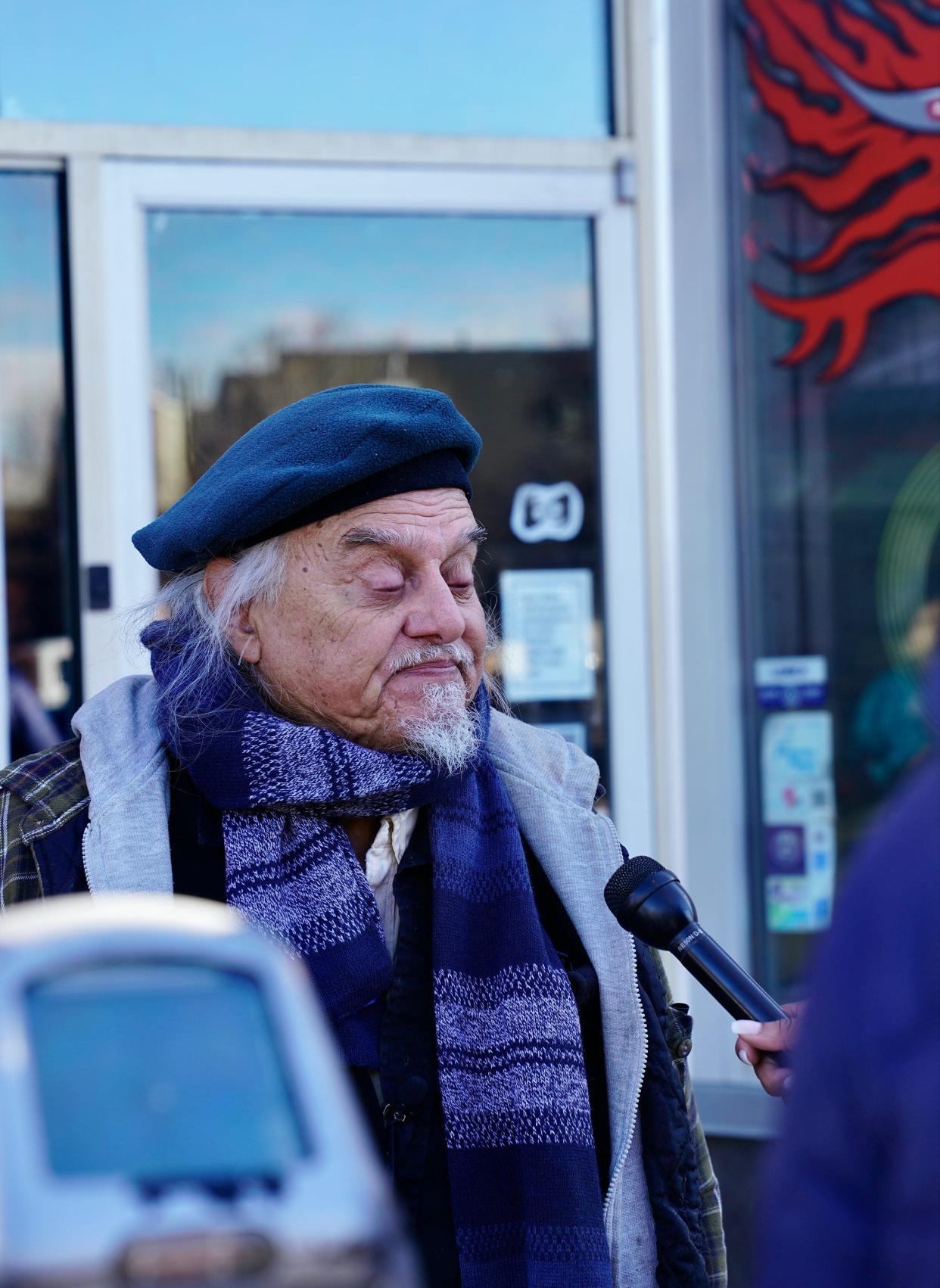 Cardenas, one of the victims, was a tattooer, mural artist and cultural anthropologist who owned Sol Tribe, according to the shop's website. The website describes Cardenas as a "true Denver Native" and a "proud Indigenous artist." Cardenas' father, Alfredo Cardenas told USA TODAY he was in "shock." Cardenas is survived by her 12-year-old daughter, Alfredo Cardenas said.

Schofield leaves behind three young children, friend Annie Bagford said, showing off her tattoos he’d crafted over the years. "I’m just so angry," Bagford told USA TODAY. "Danny never did wrong to anybody. He didn’t deserve to be shot. It makes no sense. It’s just so unfair to his kids, to his family."

World Tattoo Studio owner Ian Lütz said he had never heard of the McLeod before he was identified by police. According to Colorado state business records, McLeod was the owner of Flat Black Ink, a Denver business that opened in 2005, was declared delinquent in 2017 and was listed as having a name change in 2018.

"Yeah, I have no prior knowledge of really the history of the shop before my owning it. I know that Alicia owned it and it was sort of a secondary Sol Tribe," Lütz told USA TODAY. "That's about all I know about the history of it. I’ve had the shop for about 4 ½ years now."