On the empty streets of Wilcannia police walk door to door to check the people inside are staying put. Visiting more than 300 homes every single day, they often come with food hampers for the residents struggling under lockdown.

The tiny town in far western New South Wales, where more than 60 per cent of the population is Aboriginal, is battling a COVID outbreak that’s already infected a tenth of its residents. 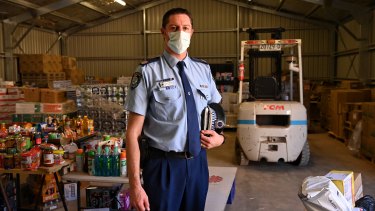 Assistant commissioner Brett Greentree said the Wilcannia community was grateful for the support being offered by local police.Credit:Nick Moir.

With police, the army, and roving teams of doctors and nurses descending on the community, the organiser of Wilcannia’s emergency response said he acknowledged the stress being put on the town’s vulnerable population.

“I understand initially coming in can be confronting, but I’ve been on the ground all this week, and I’ve been speaking to many community members as well,” said Brett Greentree, an assistant commissioner with NSW Police and the commander of the far western region.

As the outbreak in Wilcannia continues the emergency response has come under scrutiny after a local Aboriginal health group blasted it as “chaotic”.

On Friday, the Herald revealed a COVID-positive Aboriginal woman placed in isolation at a cabin outside the town by NSW Health was forced to wash her clothes in the Darling River and cook her meals on an outdoor fire.

But police on the ground in Wilcannia said they’re doing everything they can to make the lockdown bearable for people struggling to get groceries, and living in overcrowded housing.

“It was very daunting for our community, especially with the police and army, it looked like they were targeting the Aboriginal community … there was misinformation, anger, confusion, and everything,” he said. 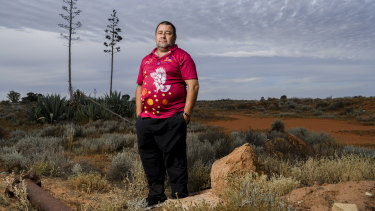 However, Mr Adams said the police and Defence Force had worked hard to help the community in their time of need.

“Over the last couple of weeks we’ve just seen the police and the army are support and helping the community, delivering boxes of food and other supplies.”

But with the increased police presence across the state’s west, some are worried officers have been issuing inappropriate fines to people in remote communities for breaching public health orders.

The NSW Aboriginal Legal Service has already urged officers to exercise their discretion when issuing fines to Aboriginal people after receiving reports of incidents in Wilcannia, Walgett, Bourke, and Brewarrina. 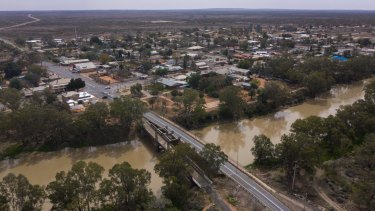 Another seven new cases were recorded in Wilcannia today, as residents continue to live under lockdown.Credit:Nick Moir.

“What we’ll be calling for is specifically exemptions for Aboriginal communities in the west and far western health districts because the last thing we should be doing is providing any ability to increase their sense of being targeted by local police,” Ms Faehrmann said.

It comes after the NSW Police Commissioner Mick Fuller told his officers that he would not hold them accountable if they wrongly issued fines to people, in an effort to prioritise enforcement of health orders.

Police Minister David Elliot has been contacted for comment.

NSW Police said 32 fines had been issued in Wilcannia since the 13th of August, and Commander Greentree praised the resilience of the community.

“Generally it’s good, the majority of our communities are really compliant. We do have that element where sometimes across the western region you can have 100 infringements issued a night, that’s right across the region, but some communities are better than others,” he said.

He also acknowledged that the relationship between Aboriginal people and the police was historically fraught, but said his officers were working hard to build trust with the community.

“Is there more to do? Absolutely. Do we get things wrong occasionally? Yeah we do, and we try to improve things every day,” he said. 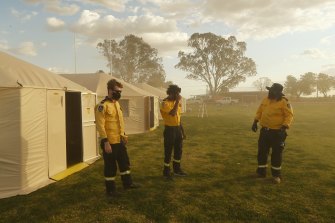 Police, NSW Health and emergency services arriving in Wilcannia are operating out of a newly stood up base camp.Credit:Nick Moir.

There are now 95 cases of COVID-19 in the state’s far west, with the vast majority in Wilcannia.

The Indigenous population living there remains the least fully vaccinated in the state, with only 13 per cent having received two jabs despite being a priority group.

But with medical teams touring the region, the number of first doses is rapidly rising – it’s now sitting at 47 per cent.

CareFlight nurse Dani Phillips recently travelled to Wilcannia as part of an AUSMAT team, where she said they vaccinated more than 70 people.

“We knocked on every door in Wilcannia just about and offered the vaccination to just about anyone who hadn’t received it,” she said.

Vaccinations to 30 Indigenous communities will be accelerated, after National Cabinet considered a plan to ramp up the rollout on Friday.

Despite being a priority group, just 21.9 per cent of Indigenous people across Australia are fully vaccinated, compared to a rate of 36.4 per cent compared to the general population.