Senior Cabinet ministers are said to be at war over who gets to replace Boris Johnson in leading the nation if the Prime Minister comes down with coronavirus.

No 10 is believed to have set up a ‘designated survivor’ plan setting out who takes over if Mr Johnson becomes ill and is unable to continue working.

Dominic Raab, the Foreign Secretary and First Secretary of State, will take on the top job should it occur.

But the decision has not gone down well with some top Cabinet ministers who think it should be then stepping up to the plate, the Sunday Times reported.

Matt Hancock, the Health and Social Care Secretary, and Chancellor Rishi Sunak have both had high-profile roles in the UK’s response to the pandemic and Michael Gove, the Cabinet Office Minister, has also had a senior role.

One fellow minister told the paper: ‘If Boris can’t do his job because he is incapacitated, a lot of people think that Michael should be running the show, not Raab.

‘One of these people is Michael, of course.’

The term designated survivor has been popularised by the Netflix series of the same name. 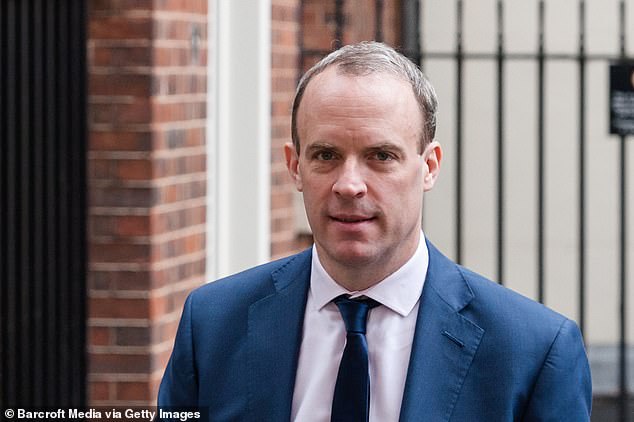 Dominic Raab, the Foreign Secretary and First Secretary of State, will take on the top job should Mr Johnson be incapacitated, the Sunday Times reported 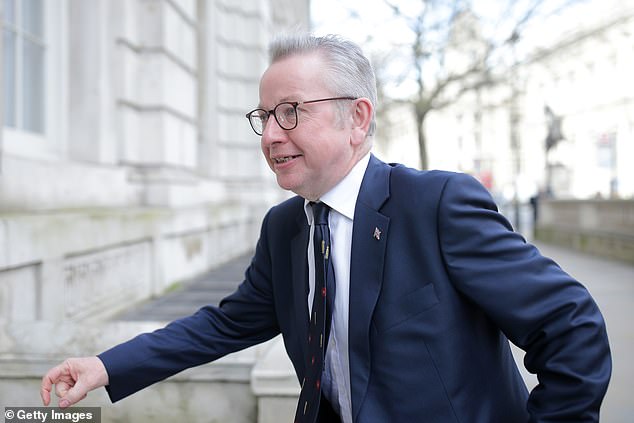 One fellow minister told the paper: ‘If Boris can’t do his job because he is incapacitated, a lot of people think that Michael (Gove, pictured) should be running the show, not Raab. One of these people is Michael, of course’ 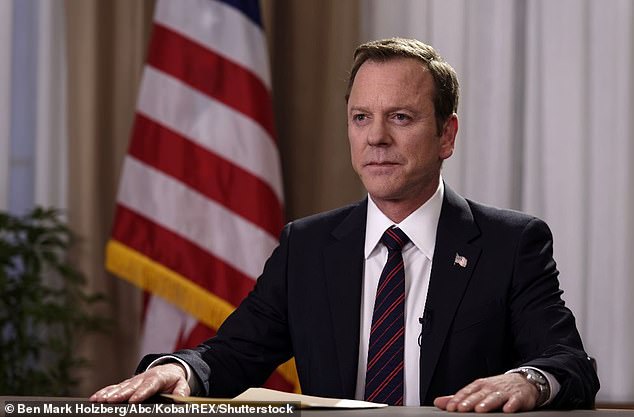 It sees Kiefer Sutherland, the 24 star, play a lowly official in a fictitious US administration who is forced to become president under a power transfer initiated when all senior politicians are wiped out in a terror attack.

The strain of managing the Government’s response to the coronavirus pandemic has led to claims of tensions between two of the most senior Ministers tackling the crisis.

Colleagues say that Mr Gove is ‘vying’ with Mr Hancock to be Boris Johnson’s ‘chief executive’ on Covid-19 by leading the Cabinet’s approach.

Both men chair one of four committees set up to tackle the virus, as well as sit on the daily C-19 super-committee, chaired by the Prime Minister, which draws the four committees’ findings together in a pan-Whitehall operation.

They also take part in the regular emergency Cobra meetings on Covid-19, also chaired by Mr Johnson, attended by senior members of the security services.

Mr Hancock’s responsibilities on the health committee extend to critical decisions about boosting NHS capacity before the peak of the epidemic hits, while Mr Gove is focusing on the rest of the public sector’s preparedness.

They are joined on C-19 by Foreign Sec­retary Dominic Raab, who is in charge of helping Britons caught up in the crisis overseas, and by rising star Rishi Sunak, the Chancellor, who some commentators argue has stolen the limelight from all of them by masterminding the Government’s multi-billion-pound Covid-19 bailout package.