Desperate recruitment blitz is underway as airlines, airports and support firms battle to end the travel chaos that has plagued British families seeking to go abroad this summer

A massive recruitment campaign is under way to save the holidays of Britons’ flying abroad this summer.

Airlines, airports and support firms are desperately trying to recruit tens of thousands of cabin crew, check-in staff, baggage handlers and security. Adverts have been plastered on buses in London and social media has been flooded with job listings. Bonuses are often offered to entice new recruits.

The drive comes as easyJet axed 102 flights on Friday – five per cent of the total – and 70 yesterday. The UK’s biggest carrier has been one of the worst affected airlines and has vowed to pay cabin crew a £1,000 bonus at the end of the summer as it bids to retain staff as well as hire. 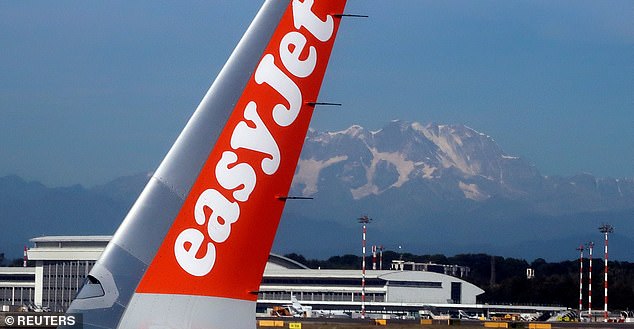 BA bosses are offering referral fees of £1,000 as well as sign-on bonuses of £1,000 in five key roles across the airline

A spokesman told The Mail on Sunday it finished recruiting for the summer ‘some weeks ago’, with staff starting as soon as security checks are completed. It blamed the flood of flight cancellations in recent weeks, far more proportionately than rivals, on other problems, such as an air traffic controllers strike in Italy and among support staff in France, both last week.

British Airways decided in March to reduce its schedule by ten per cent – about 8,000 round trips – until October. It hopes to have filled its vacancies by then. The flagship carrier said it was in the middle of ‘the biggest recruitment drive in our history’.

About 10,000 BA staff left during the Covid pandemic. The start of the recruitment drive brought 40,000 job applications, resulting in 2,000 new staff since the start of the year. Bosses are offering referral fees of £1,000 as well as sign-on bonuses of £1,000 in five key roles.

Virgin Atlantic, which flies long haul and did not cancel flights during half-term, said it began recruiting 400 cabin crew and 30 pilots in January, as well as re-employing 1,000 on furlough. Ryanair and Jet2 said they recruited enough staff at the end of last year and insisted they had not cancelled any flights because of shortages. Gatwick airport said it had start dates for 400 of the 450 new security staff needed, with 100 already in position. Heathrow is recruiting 1,000 security staff and Birmingham Airport says it is now fully staffed. 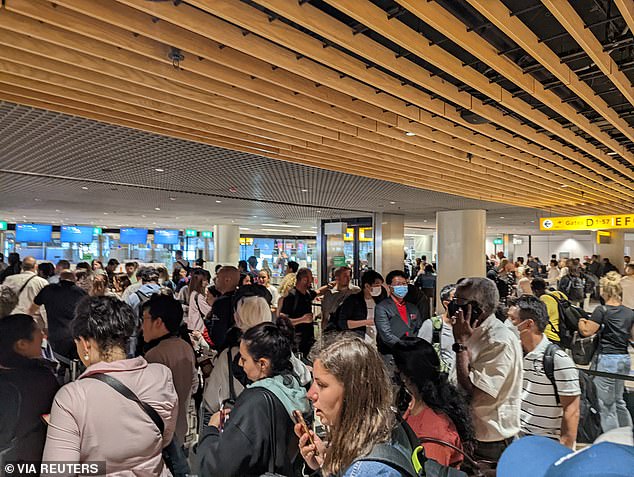 Swissport, contracted by airlines for check-in and baggage handling, said it had hired 2,800 employees since the start of the year. It apologised for its part in causing delays and cancellations when a lack of staff had a knock-on effect on other areas of airports. Firms all say delays in security accreditation have held up getting new staff into roles.

A BA spokesman said it was focusing on increasing ‘operational resilience’. EasyJet said: ‘We continue to operate around 1,700 flights carrying around a quarter of a million customers every day.’