A ‘devout’ Christian care worker, who forcibly kissed a vulnerable woman for 15 seconds in the hospital where he worked has avoided jail.

Trainee church minister Patrice Agyarey, 65, grabbed the 43-year old victim at the bottom of a flight of stairs and ‘snogged’ her as he supervised her during a cigarette break.

The woman, who was a patient at the mental health unit at Fairfield General Hospital, Bury, Greater Manchester reported the matter to NHS bosses but Agyarey tried to dismiss her as someone ‘who needed help.’

It emerged he had appeared in court a week before the offence charged with ill treating a man with mental health difficulties – for which he was subsequently acquitted.

At Minshull Street Crown Court, Manchester, Agyarey, of Heywood, near Rochdale who has a Christian ministry certificate and who was described as being ‘devoted’ to his church admitted sexual assault.

A father of two step-children, to whom he said he wanted to be a ‘role model’, Agyarey was given a 16 month jail sentence, suspended for two years, ordered to sign the Sex Offender Register for 10 years, and must also complete 20 rehabilitation requirement days. 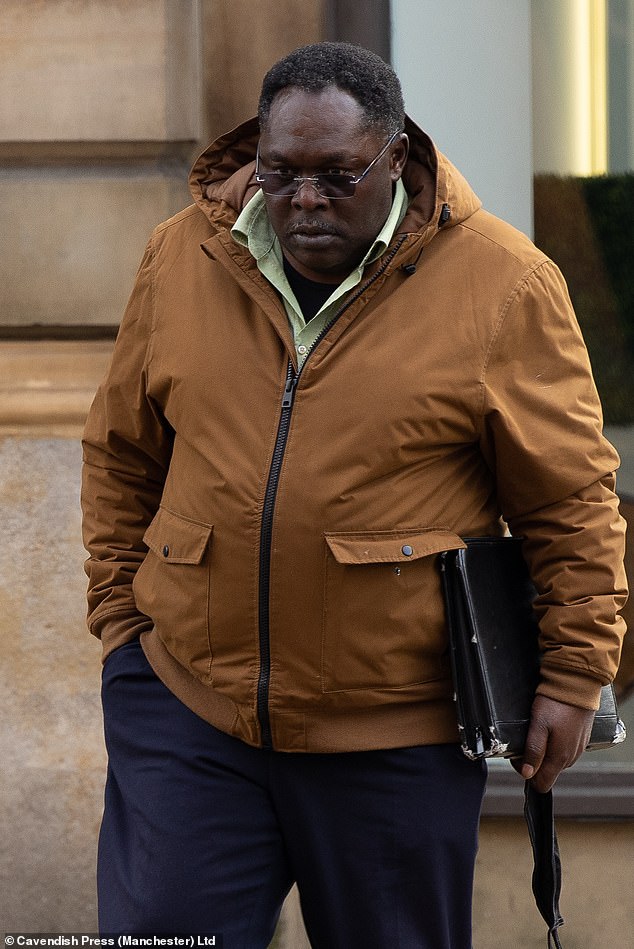 Patrice Agyarey, pictured, has been ordered to sign the Sex Offender Register for ten years after he forced himself on a vulnerable woman in a hospital corridor while working as an NHS support worker

The incident occurred on October 24, 2018 whilst the woman, who suffers from bipolar disorder and who would have bouts of self harm, was a voluntary in-patient at the psychiatric unit.

Prosecutor Justin Hayhoe said: ‘The defendant was her main carer and had previously worked at a residential care home.

‘The defendant had previously been charged with another offence, for which he was subsequently acquitted. He had first appeared in court for that matter six days before he committed this offence.

‘The victim had given him her phone number and he would flatter her and say she was beautiful. He sent what appeared to be caring messages telling her she should not be self-harming.

‘In the early evening of October 24 the victim and some other patients went for a cigarette break which the defendant supervised. The victim was on medication following an operation and wanted to return to her room.

‘But he then took hold of her and snogged her. The incident can be seen on CCTV. It took place at the bottom of the stairs and lasted around 15 seconds.

‘The victim said she reported the incident to a female manager the next day. She was initially reluctant to set out what he had done but then said he grabbed and kissed her.

‘The defendant later called her to try and stop her reporting the incident and those calls were shown to the manager. She also received a text from him calling her a ‘rat.’

‘When asked about this he said the complainant had texted him an offensive message after the incident but she said it was done in anger following the assault on her.

‘She said his behaviour was ‘bang out of order’ and that he should not be working at the hospital. 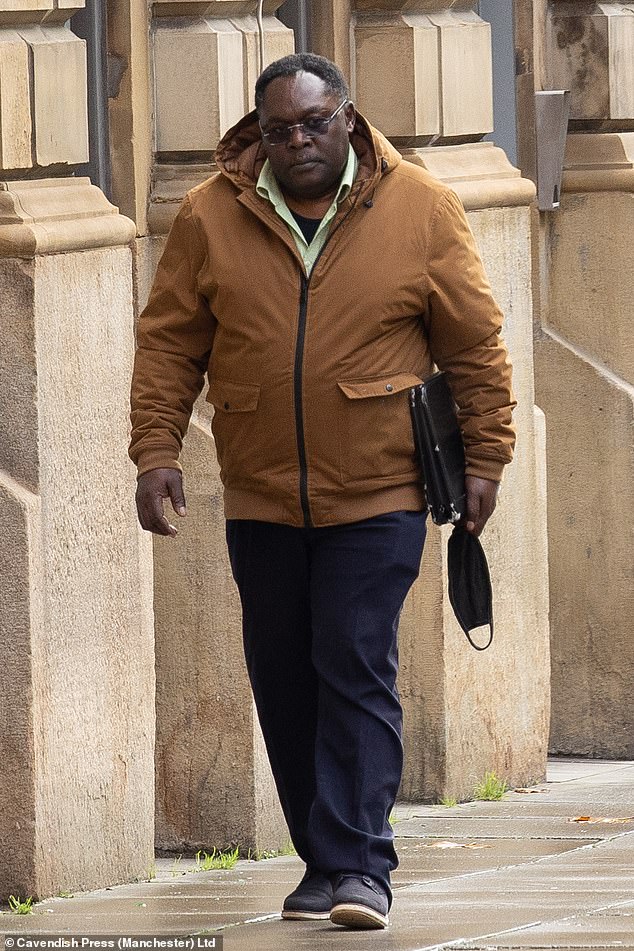 The devout Christian, 65, grabbed the 43-year old victim at the bottom of a flight of stairs and gave her a 15 second kiss as he supervised her during a cigarette break

‘The defendant was arrested and interviewed on December 5, 2018. During that interview he said the victim was a very vulnerable person who could not make decisions for herself.

‘He said the allegations were bizarre and that she was someone who needed a great deal of help and support. This was a clear attempt to discredit her.

‘He denied the CCTV evidence. He maintained that he had not acted inappropriately. He was interviewed again in January 2019 and continued to deny kissing her, saying he gave her a hug.’

In mitigation defence lawyer Martin Sharpe said: ‘The defendant is 65 and of positive good character. He is a devout man with a Christian ministry certificate.

‘A reference from another worker at the employment agency described him as kind and caring, and said he is not an overbearing character at all. They said he is softly spoken and well suited to working in the care profession.

‘He did try to minimise his involvement but was aware his behaviour was inappropriate and very unprofessional.

Mr Sharp added: ‘His victim was a vulnerable voluntary inpatient with bipolar disorder, but she was not the most vulnerable person. She was not a ‘shrinking violet.’

‘The text she sent him says she went to hospital because she tried to cut a man’s penis off and she told him: ‘I will cut your c**k off you black c**t.’ 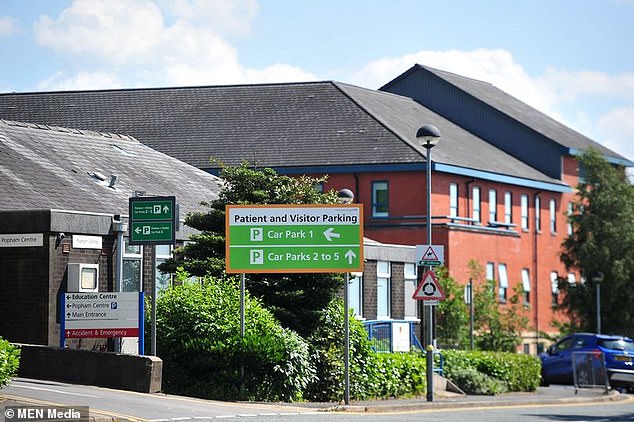 The woman, who was a patient at the mental health unit at Fairfield General Hospital, Bury, Greater Manchester reported the matter to NHS bosses but Agyarey tried to dismiss her as someone ‘who needed help’

‘He clearly needs help so he can understand what he did was wrong. He will not have the chance to work in the care sector again and has an extremely low risk of re-offending.

‘He has lived in Manchester for the past five years, has always worked when he can and has a longstanding involvement with the church. His primary social relationships are through church, his brother who lives in London and his two step-children who are at university.’

Sentencing Agyarey, Judge Bernadette Baxter told him: ‘You were a man of good character who was trusted at work. Unfortunately, you breached that trust by committing this sexual assault on a woman you knew was vulnerable and had bipolar disorder.

‘You embraced her and kissed her in an unwelcome advance and she had the gumption to report your behaviour to your superiors. If you are a devoted man of the church as you say you are, you will want to examine why you told such dreadful lies and placed blame on your victim.’