Diego Maradona’s daughter has raised concerns about her father’s health after seemingly posting that the Argentine legend is ‘getting killed from the inside’.

Giannina Maradona, 30, took to social media to make the comments, writing: ‘He is not dying because his body has decided so, he is getting killed from the inside and does not realise it.

‘I do not believe in the parameters of normal, but that is far from the reality of what he deserves. Pray for him. Please! Thank you!’ 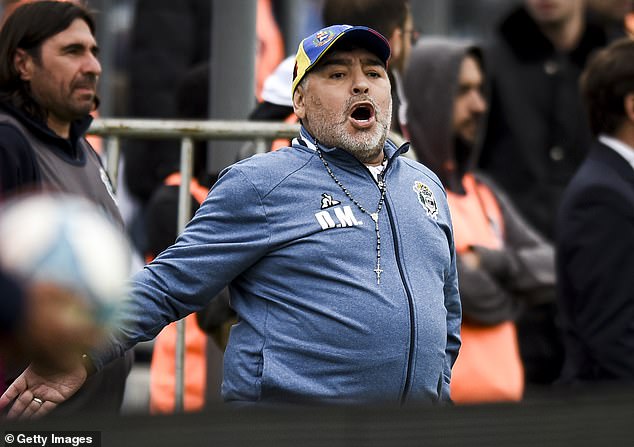 Diego Maradona , is the current coach of Gimanisia La Plata, but has had some recent health concerns, including knee surgery earlier this year 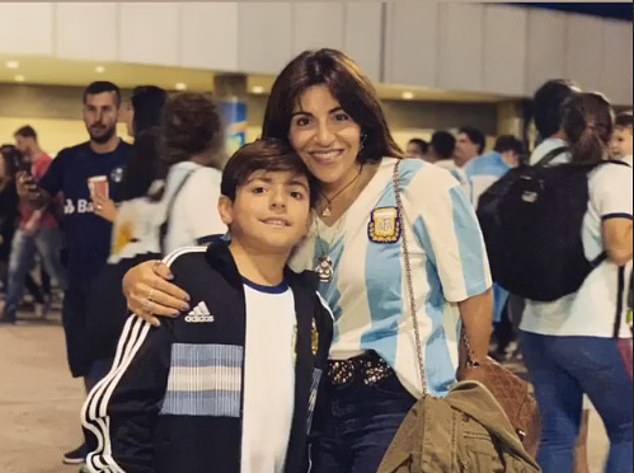 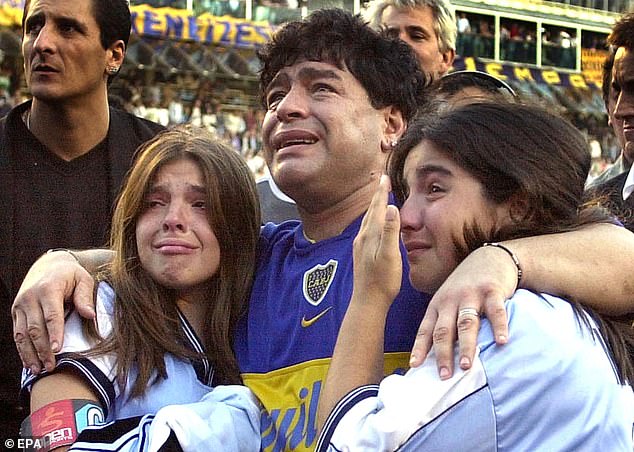 Diego Maradona and his daughters Dalma Nerea (left) and Giannina Dinora (right) are overcome with emotion during an event in Maradona’s honor at the ‘La Bombonera’ stadium on November 10, 2001

Local media report the somewhat cryptic message is referring to her father who has publicly had recent health problems including knee surgery in July of this year.

The 58-year-old current boss of Gimanisia La Plata has also had a well-documented battle with drink and drugs in the past.

Giannina Maradona went on to say: ‘Do you remember there was a zoo that allowed you to take photographs with a giant lion?

‘You could go inside the cage and just about ‘hug him’… They had him on pills, if not, it would be impossible to tame the beast.

‘Anything similar to reality is pure coincidence.’ 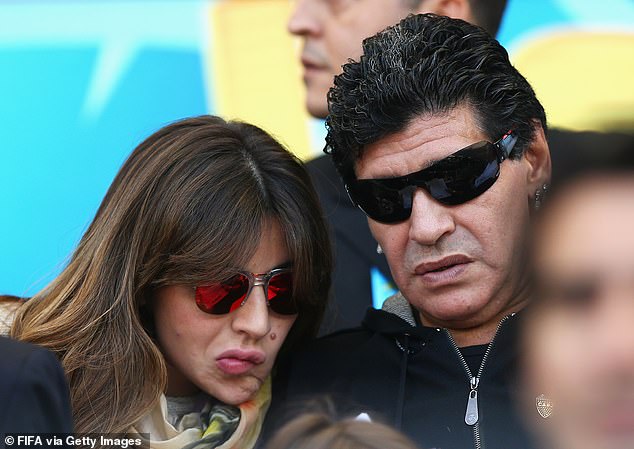 Diego Maradona (right) and his daughter Giannina Maradona look on during the 2014 FIFA World Cup Brazil Group F match between Argentina and Iran at Estadio Mineirao on June 21, 2014 in Belo Horizonte, Brazil. (Photo by Ryan Pierse – FIFA/FIFA via Getty Images) 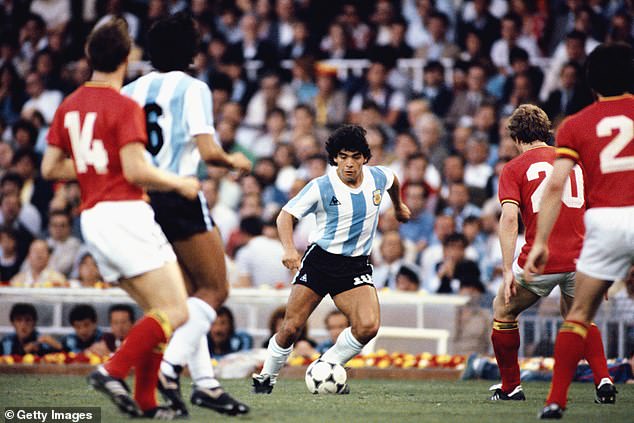 Diego Maradona in his playing days takes on the Belguim defence during the 1982 FIFA World Cup match between Argentina and Belguim at the Nou Camp stadium on June 13, 1982 in Barcelona

In a final post, Giannina Maradona added a picture of a painting on a wall showing her as a toddler holding hands with her father as they walked onto a pitch.

In the caption, Giannina wrote: ‘Give me your hand again, I can take you now!’

Underneath the photo, she explains: ‘I share this with you because it is great being painted on a wall.’