A disabled pilot on a round the world adventure has died after crashing while trying to land in Thailand.

Mike Lomberg, 60, a former South African Air Force pilot who was crippled in a car crash 28 years ago, was coming in to land at Bang Phra airport on Sunday when the crash happened.

Video from the airport shows his plane descending toward the tarmac before it appears to clip some power lines, causing it to veer sharply left and into some trees. 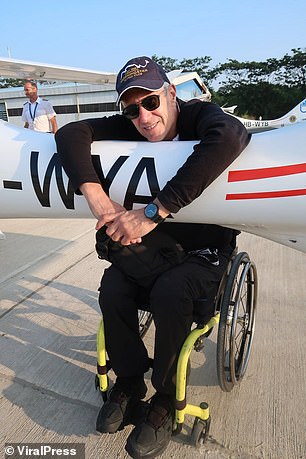 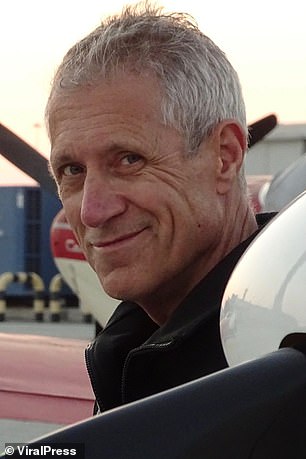 Mike Lomberg, 60, a disabled former South African Air Force pilot, has died after crashing his plane while attempting to land in Thailand 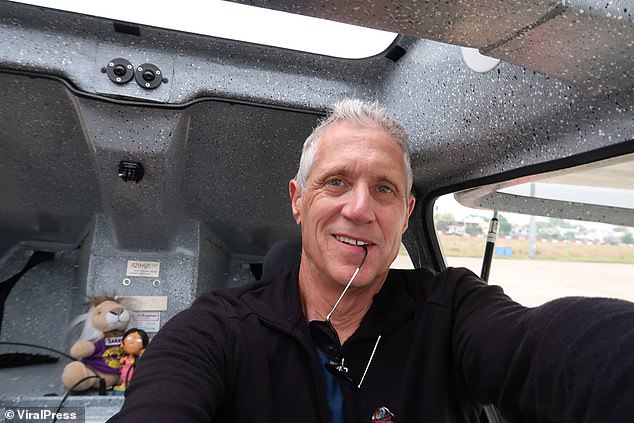 Mr Lomberg, who was left without feeling in both his legs after a car crash in 1990, was taking part in a round-the-world trip in a specially adapted plane when he died

The aircraft then slammed into the ground and burst into flames. Police say Lomberg died on impact, before his body was burned in the wreck of the plane.

Investigators have still not revealed the exact cause of the accident, but power lines were found to be severed near the airport, suggesting Lomberg had hit them, The Hindu reported.

At the time of his death, Lomberg was taking part in a round-the-world flight funded by disability advocacy ground Handiflight, to raise awareness about those living with disabilities across the globe.

The trip had started in Switzerland, where the group is based, back in November and was due to continue until September 2019.

Lomberg had already visited Italy, Greece, Egypt, Saudi Arabia, the UAE, Pakistan,  India and Bangladesh, and was on his way to Singapore when he died.

A spokesman for Handiflight said: ‘Dear friends, we are so sad to inform you of the death of our friend Mike Lomberg due to the accident that happened shortly before he landed at Bang Phra Airport in Thailand. 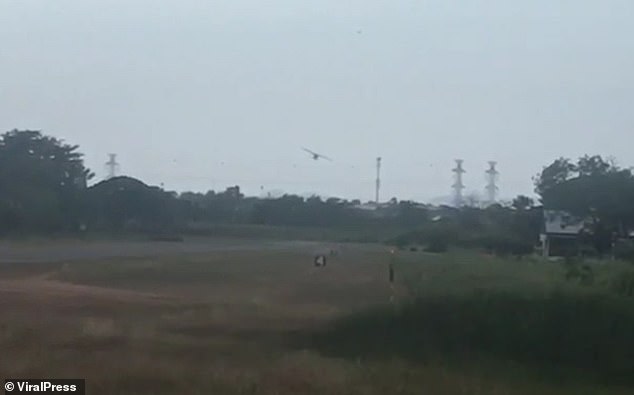 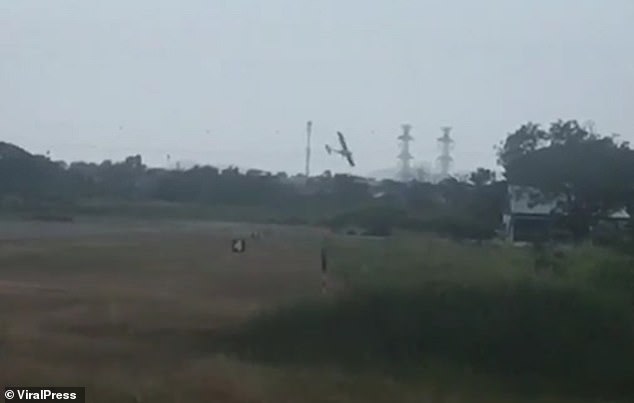 ‘This tragic accident is inexplicable at the moment. The investigation is ongoing.

‘Mike’s family – Peta, Chris, Amy and Jem would like to thank you all for your messages of love and support.

‘Mike’s life was filled with unbelievable challenges, but he was defined by his abilities in every sense.

‘Mike jumped at the opportunity Handiflight offered to soar the global tapestry of cultures, activities, and people’s stories which he embraced and identified with so readily.

‘To inspire others, change perceptions, reach out, touch and make a difference. His writing tells the story. For us, that is when he re-discovered his dream, and you all played a part in making it happen, and joined the ride.

‘So while we grieve, we want to thank you all for witnessing something amazing. A journey, the joy of discovery, giving, inspiring, and living it all with a cheeky smile – we are all proud of you Mike.’ 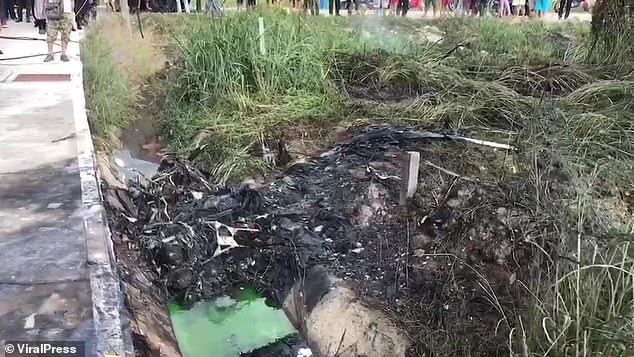 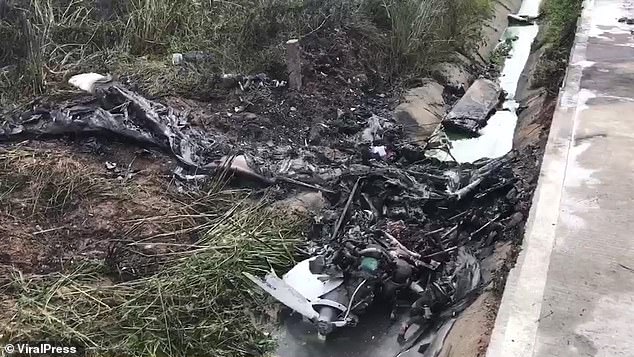 While investigations into the crash are ongoing, police found power lines near the airport had been severed, and believe Mr Lomberg hit them 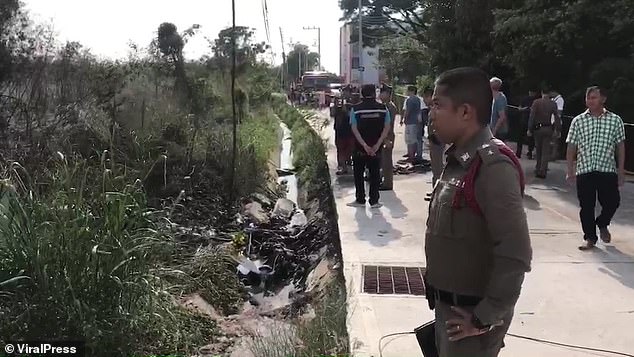 Mr Lomberg was taking part in the flight alongside fellow disabled pilot Guillaume Féral to raise awareness of disabilities when he died. It is unclear if Mr Féral will now finish the trip

Lomberg had 3,850 flying hours behind him as a pilot and test pilot before his spinal chord was damaged in a car accident in 1990.

While he survived the accident, it left him without any movement in his legs, forcing him to quit flying.

He would not get into an aircraft again until 2011, before becoming involved with Handiflight.

In February he quit his job to begin preparing for his flight around the world, which kicked off on November 17.

He was accompanied on the journey by fellow disabled pilot Guillaume Féral and a support plane, both of which landed safely in Thailand.

It is unclear whether they will now finish the journey in Lomberg’s absence.