A RANTING woman was dubbed “white trash” after taunting a protester for being a "poor little black girl" at a peaceful Black Lives Matter rally. 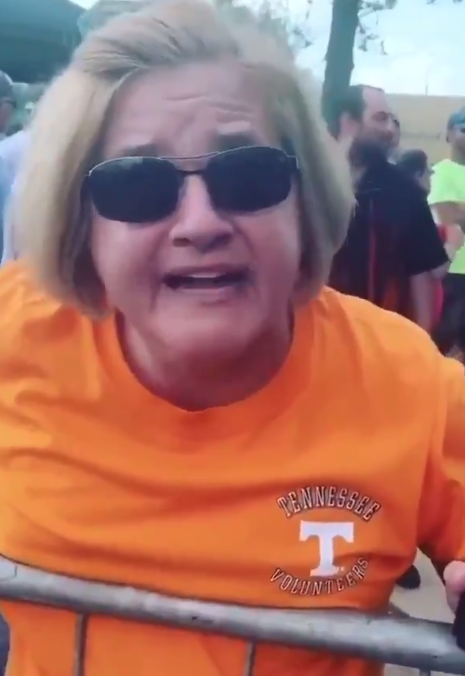 The Elizabethton woman yelled at another protester, “you’re a gay homosexual piece of crap who’s going to burn in hell."

Sonya, wearing a bright orange T-shirt and waving madly at the camera, laid into people at the rally.

Spouting racist taunts, she told a person filming her in action: "White lives matter you black and twisted crazy person."

When one man tries to haul her away, to no avail, she returns to tell the filmer, "what are you gonna do? You can run and cry?"

Another man tells the filmer's pal "don't tell her s***".

Angry Sonya then cuts in with: "You need to move your ugly a**."

And her pal orders the filming protester to, "get the f*** out of our way." 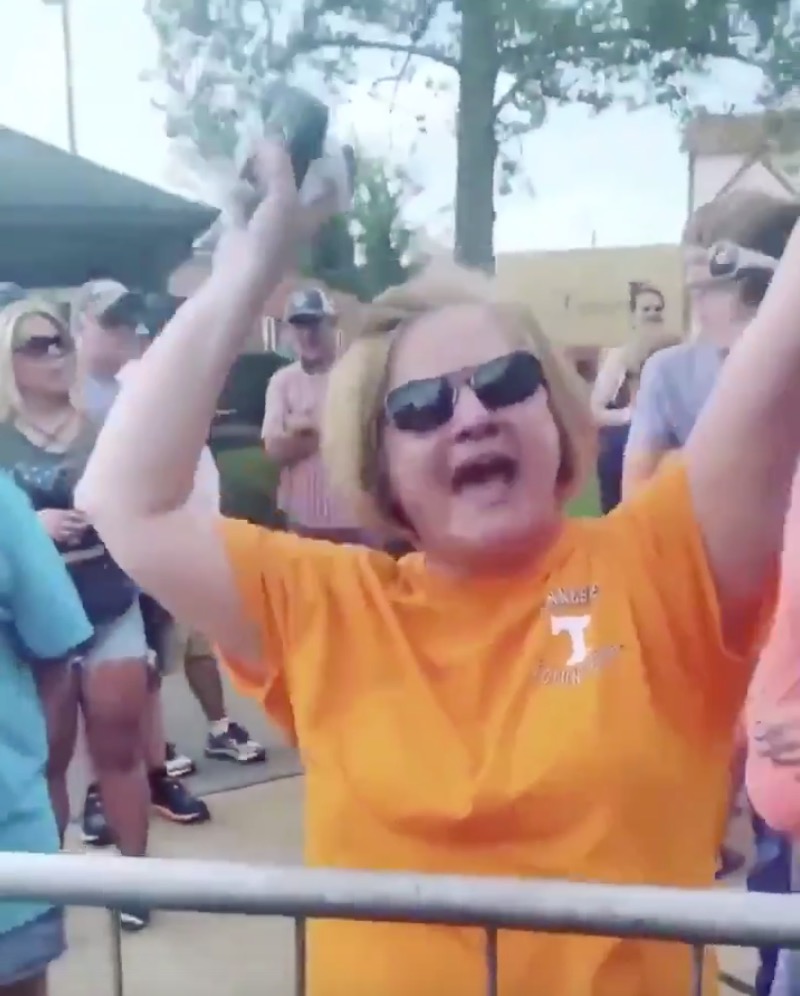 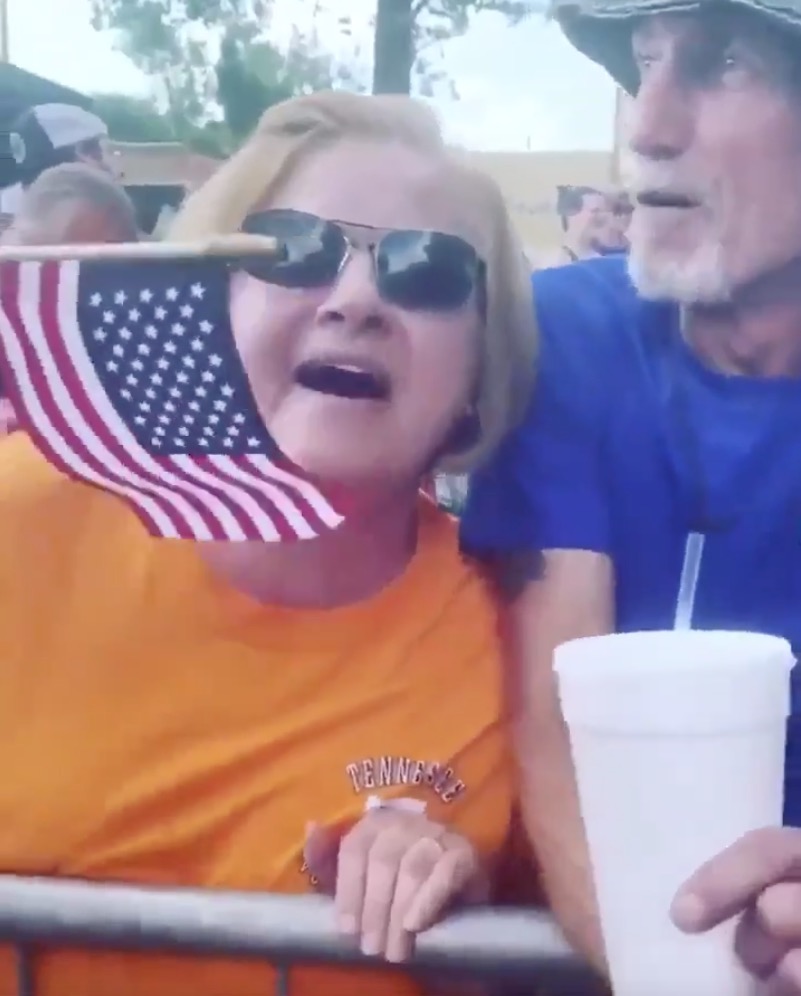 Then, Sonya adds: "White lives matter – you're just a poor little black girl who's got a messed-up mind.

Another man chips in to tell the protester that "you're not going to settle it like this, by shooting police officers, spitting in cameras, blah blah blah, on and on and on."

Black Lives Matter supporter Sheila shared footage of the woman chanting on Twitter, where it's racked up more than 650,000 views.

One person tweeted back: "We have a lack of EDUCATION in the United States." 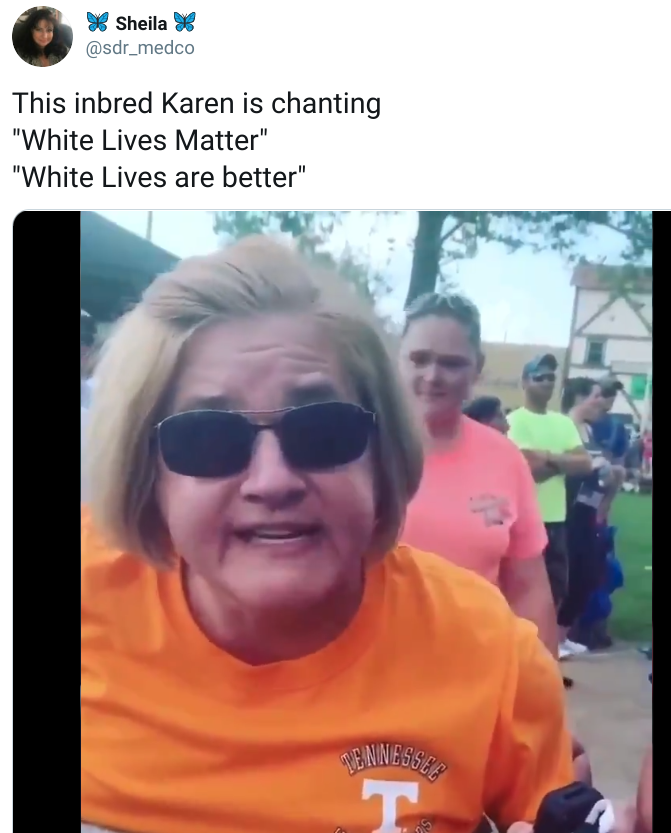 Another commented: "Many years ago you could spew stupid racist s*** like this and the only ones who knew you were a garbage human were those unfortunate enough to be around you.

"Now it can be broadcasted across the internet with severe consequences.

Others called Sonya "white trash" and were thrilled to hear she had been sacked from her job.

Thousands of activists from across the US have banded together, holding rallies and lobbying for changes to the institutional treatment of African-Americans.

But, the surge in public support, an influx in donations and congressional action to reform policing have drawn some backlash.

The BLM movement emerged amid anger over the acquittal of George Zimmerman, the Florida man who shot and killed 17-year-old Trayvon Martin in 2012.

And more recently the death of African-American George Floyd, after a cop pressed a knee into his neck for nearly nine minutes, has triggered worldwide protests against racism and brutality. 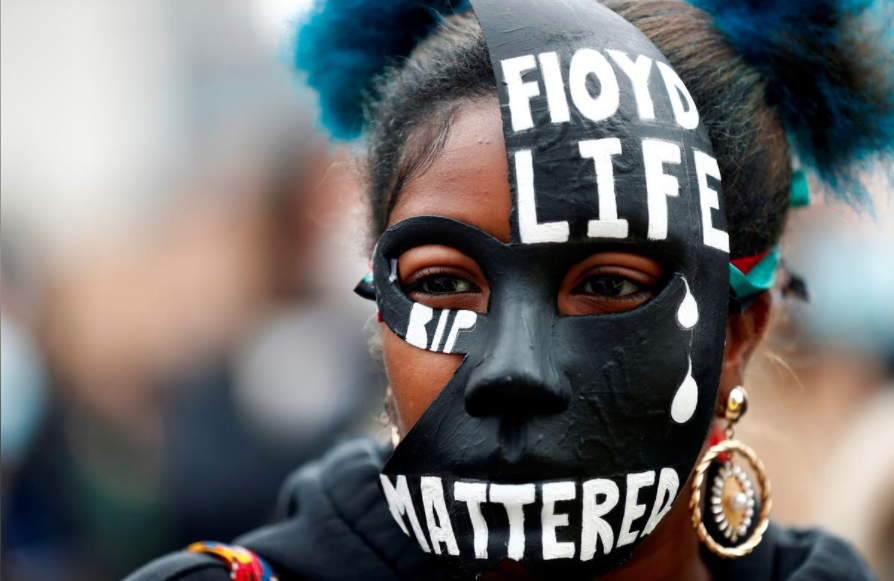