For decades Prabowo Subianto has been a household name in Indonesia and in 2019, once more, he is seeking the presidency.

But despite being so well known to the public, Prabowo's campaign team has taken the unusual step of releasing a so-called "Blue Book" that, as well as outlining some of the key promises made by the candidate and his running mate, Sandiaga Uno, also includes a lengthy frequently asked questions section. 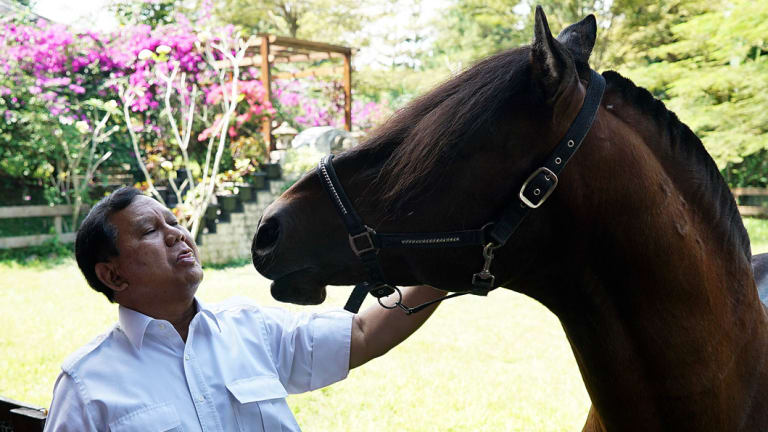 This section attempts to correct some of the myths that have sprung up around the candidates.

Fair and Prosperous with Prabowo-Sandi examines suggestions that the candidate is in debt – a claim he strongly denies – his marital status, why he likes horses so much ("what's wrong with a horse?") and even whether or not he has a "thing". In Indonesia this will be universally recognised as dealing with a rumour that his genitals were shot off during his army service.

The most serious claims made against Prabowo relate to his time in the military. The candidate served in the Indonesian military, including in East Timor in the 1980s at a time of conflict with the East Timorese rebel army. He rose through the ranks to become commander of Kostrad, or Army Strategic Command.

Over the years, Prabowo has been accused of human rights abuses in East Timor, and of being involved in the kidnapping pro-democracy activists during the 1998 reformasi demonstrations that led to the end of former president Suharto's long rule.

The Blue Book asks the rhetorical question, "if he violated human rights, why is he allowed to freely go to any country?"

"He was even chosen by [the Indonesian Democratic Party of Struggle chairman] Megawati to be her vice-presidential candidate during the 2009 election."

On the kidnapping claims, the Blue Book states that "it was not kidnapping but securing. And it was not Prabowo who secured [the activists] but Tim Mawar [a team of soldiers]. 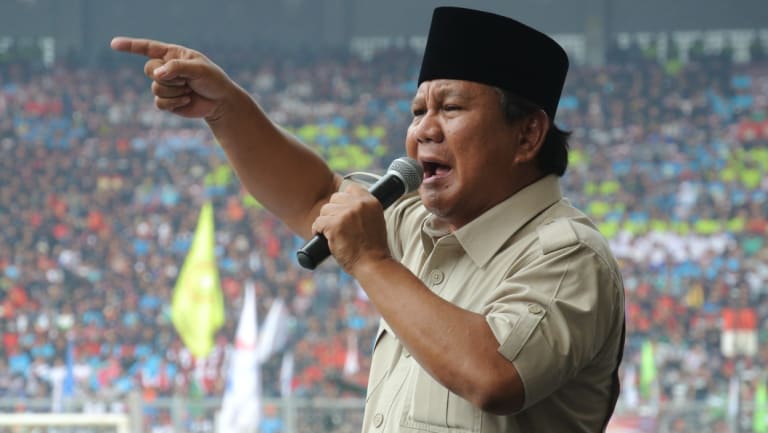 "Nine people were secured and they are now free and alive and some are Gerindra Party [Prabowo's political organisation] members.”

The book is similarly defiant about suggestions he was sacked from the military. He was "not fired, but honourably retired early. If he was fired how could he still receive pension money each month?"

But the expert view on Prabowo's role in Indonesia's relatively recent political and military history is a little more nuanced than the candidate would have people believe. The Australian National Univeristy's Marcus Mietzner says Prabowo was never convicted of any crimes. 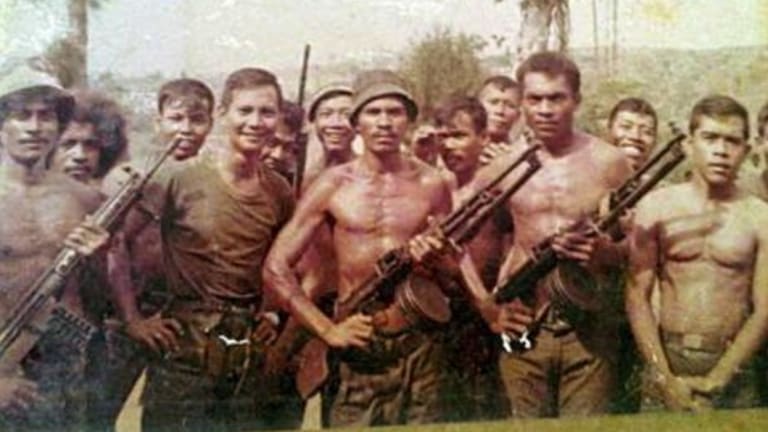 "He was 'relieved from military service' in August 1998 by an honorary council of military officers for a number of violations, which included the extra-judicial disappearance and arrest of anti-Suharto activists, but also made mention of a number of operations in Aceh, East Timor and Papua. These operations were viewed as being conducted outside of the official command structure. The written verdict of the council avoided the term 'human rights violations'," Dr Mietzner says.

To help him save face, "the presidential decree that discharged him called it an 'honourable' discharge. The honorary council had only recommended a 'discharge'."

Professor Hermawan Sulistyo, a research professor at the Indonesian Institute of Sciences, adds that the human rights abuse allegations levelled against Prabowo relate to the 1998 kidnapping of activists.

The booklet also examines what sort of government a president Prabowo would lead. Specifically it addresses the question of whether he would revive the "New Order", the name given to the 1966-1998 regime of strongman president Suharto which was characterised by authoritarianism and crony capitalism. At also asks whether he would allow the formation of an Islamic State, given his support from conservative Islamic groups.

On the New Order, the booklet states that "every government has positive and negative sides to it.

"We will continue the positives, and abandon the negatives."

On the Islamic State, the book says Prabowo "is a TNI [army] general, whose duty is to safeguard the NKRI [the secular Unitary State of the Republic of Indonesia]. [His] commitment toward the NKRI is final!"

In the book, Prabowo also denies that he is divorced from Siti Hediati Haryadi, one of Suharto's daughters. The couple separated in 1998, but he argues "he was chased away by the Cendana family [the Suharto family], provoked by generals who were anti-Prabowo".

But Mietzner says "yes, he is divorced.

"He wants to create the impression that this was not because they didn't love each other anymore, but because of political reasons".

Perhaps the most delicate question addressed by the Blue Book is the one about his "thing".

"If Prabowo doesn't have 'the thing' how does he have a child? His child is an international designer and designed the most expensive series of BMW cars, with only five cars made in the world," the book states.

Professor Hermawan Sulistyo says he doesn’t know if Prabowo does or does not have "the thing", but notes "the rumour about it relates to an accident in East Timor.

"The incident in East Timor occurred after he had a child".