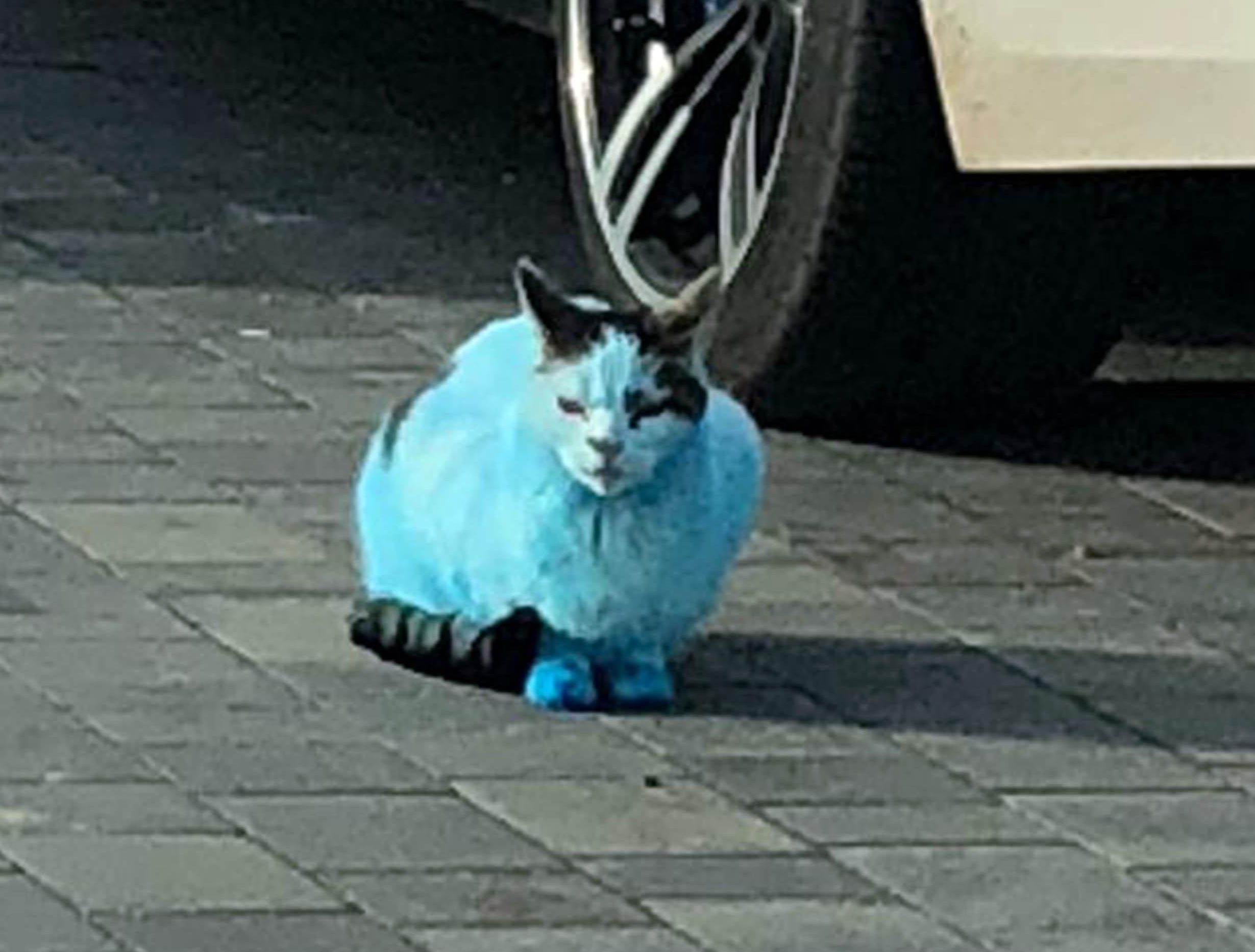 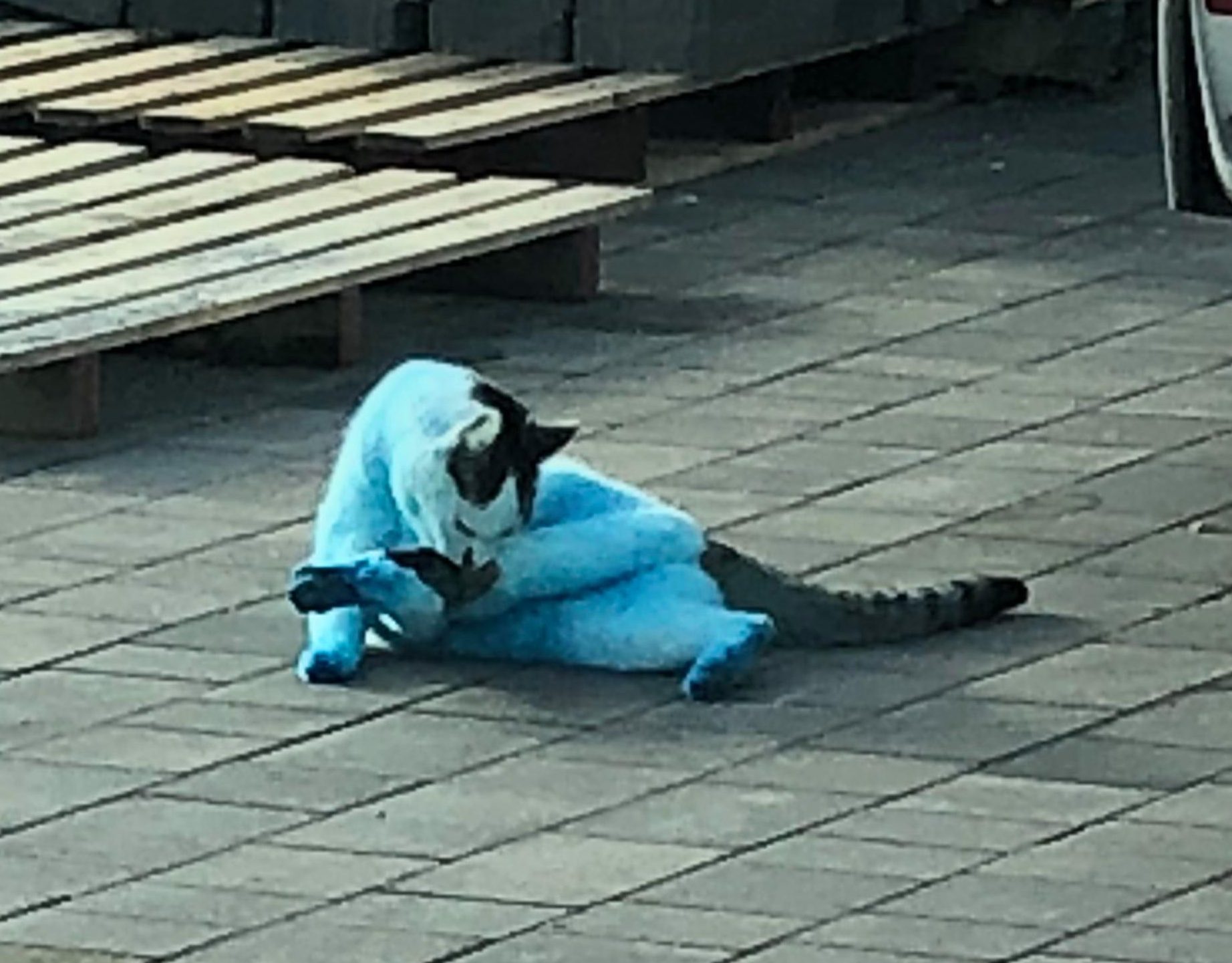 The non-toxic dye also coated firefighters and pet owners with some unable to wash it off their animals.

Glenys Axcell, 74, had moggies Mikey and Maisie and dogs Alfie, Pebbles, and Albert covered as well as her furniture and clothes.

The ex-printworker said: “I didn’t notice until the next morning and said, ‘What have you been up to?’ Mikey was the worst. I was surprised.

“It was only when the dog-walker came over and said, ‘Look what’s happened’ that I realised it was in my hair too.

“It’s annoying. They were at the beautician’s a day earlier. I spent £55 getting their hair done and making them respectable.”

Builder Terry Oliver, 33, said: “We weren’t affected but I pulled up on my drive after work and couldn’t believe my eyes.

“It’s not often you see a blue cat. I took pictures.

“My daughter saw one and asked if it was a Smurf’s cat.”

Jasmine Shafey Rawlins chipped in: “My rabbits are blue. I’m freaking out.

"We’ve tried to scrub it off but no luck.”

Linda Mclean added in Clacton, Essex: “My cats and dogs are blue.

“A canister of ink exploded. Apparently even the firemen looked like Smurfs.”

Firefighters said: “The powder was confirmed to be non-hazardous by scientific advisors.”

They stopped the blaze and dug a trench around the site, which will smoulder for some days due to the chemicals.

Tendring District Council said it was probing to “determine what further action is required”.

It added: “It should be possible to identify how to deal with the material, including removing it.” 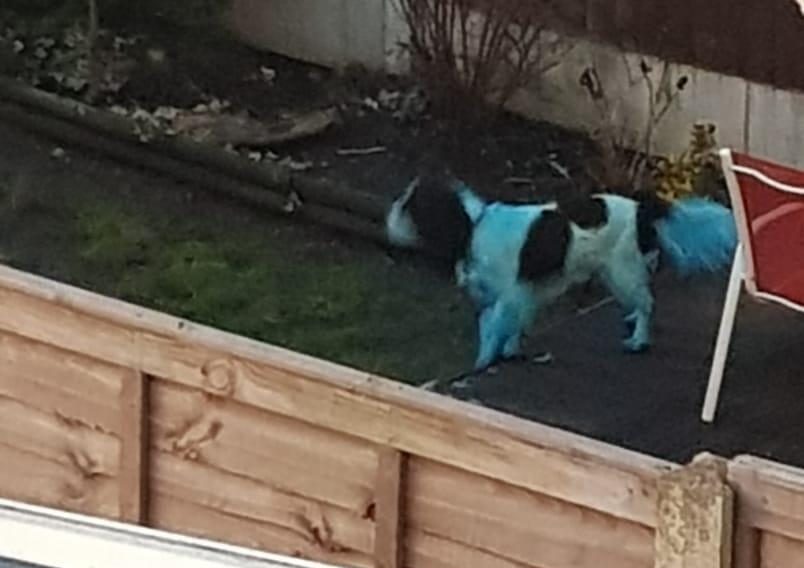 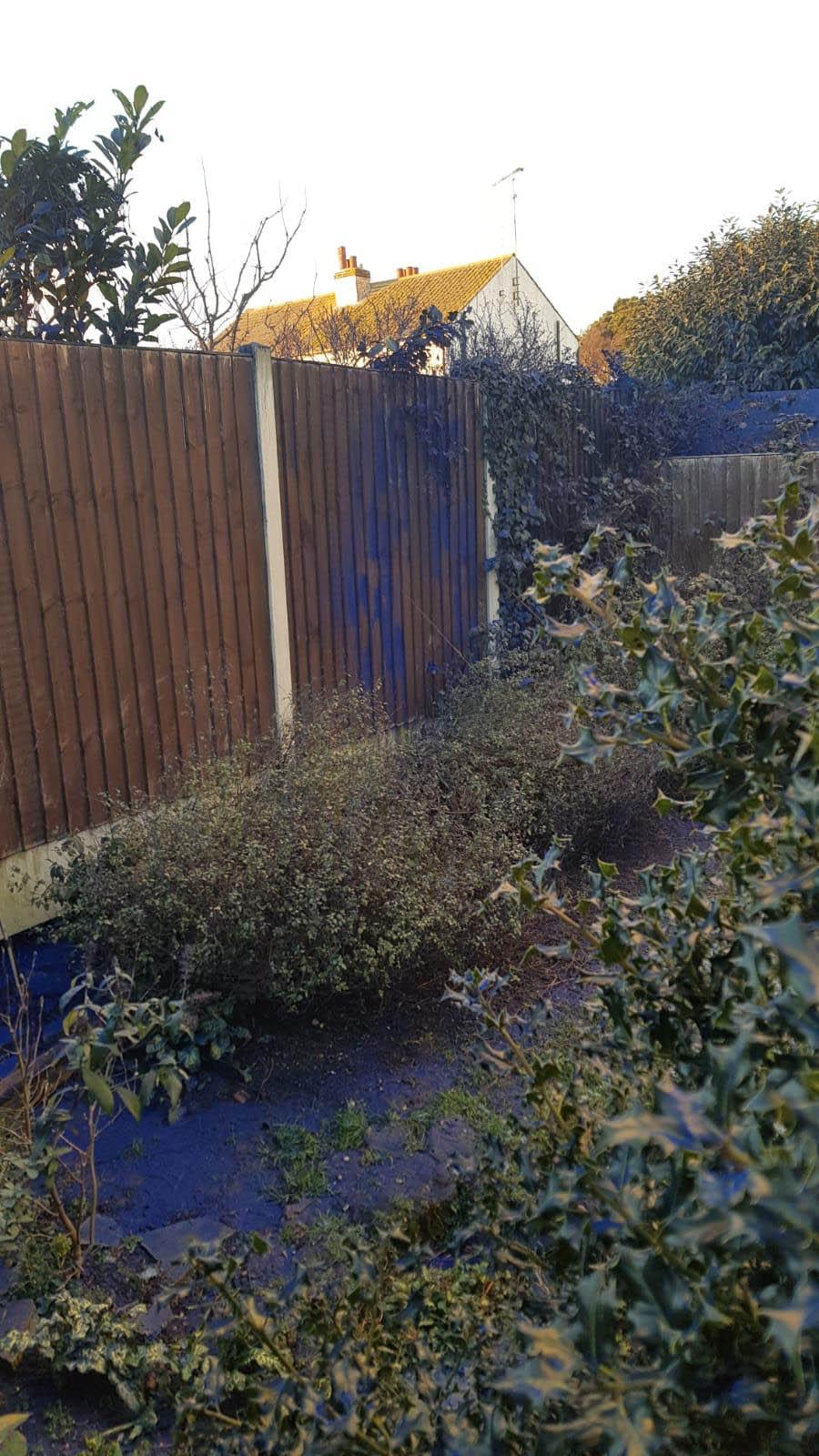