DR. ZUHDI JASSER: As a Muslim, I am disgusted a teacher has been fired by a craven college for showing an image of Mohammed. Don’t the left-wing wokeists realise they aren’t helping my religion – they are threatening its very existence?

M. Zuhdi Jasser is the founder and president of the American Islamic Forum for Democracy, a former U.S. Navy Lieutenant Commander and author of the book, A Battle for the Soul of Islam: An American Patriot’s Fight to Save His Faith.

Islam, my beloved faith, is under attack in America. But the threat does not derive from so-called Islamophobes or right-wing extremists.

No, the danger to Islam is much more insidious, because it comes from those who proclaim to be our allies, the woke left.

As the son of Syrian immigrants who came to the U.S. in pursuit of religious and political freedom, I read about the firing of an adjunct faculty member at Hamline University in St. Paul, Minnesota with disgust.

Erika Lopez Prater was punished for the thought-crime of showing treasured 14th and 16th century paintings of the Prophet Muhammad to her art history students. Despite her repeated warnings to the class about the potentially offensive content and despite multiple opportunities for students to opt out of the lecture, a firestorm erupted.

One Muslim student, who is also a member of the university’s Muslim Student’s Association, complained to school officials that she was ‘blindsided,’ by the October 2022 class, finding it ‘Islamophobic’, ‘offensive’, and ‘disrespectful’ to Muslims.

Never mind that the Prophet Muhammad has been depicted in countless historic Islamic paintings, or that images of the Prophet are displayed by The Metropolitan Museum of Art, or that a statue of the Prophet adorns the U.S. Supreme Court chamber, some Muslims find any depiction of the Prophet to be blasphemous, so the university retreated.

The school and its Dean of Students cowardly caved, parroting the line that the instructor was ‘undeniably inconsiderate, disrespectful, and Islamophobic’ and Prater lost her job.

Sadly, this is not isolated. Firing people for no good reason has become standard operating procedure across academia in America. 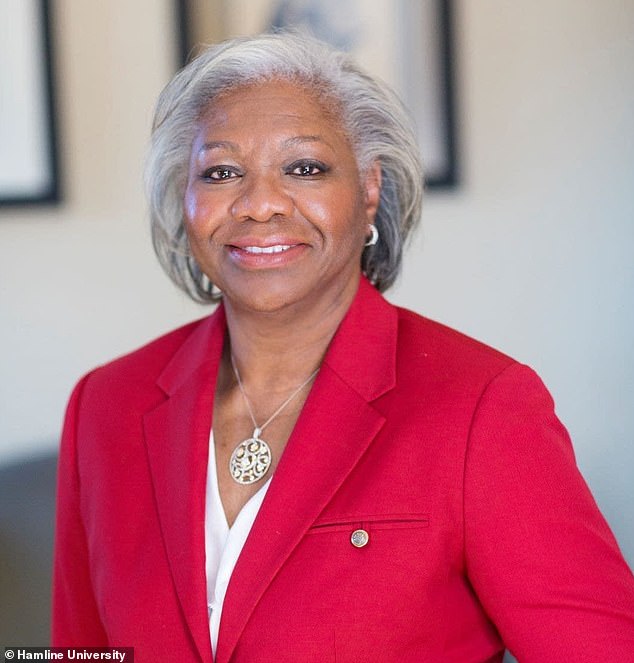 The school and its Dean of Students cowardly caved, parroting the line that the instructor was ‘undeniably inconsiderate, disrespectful, and Islamophobic’ and Prater lost her job. (Above) Hamline President Fayneese Miller

In May 2020, the American Islamic Forum for Democracy broke the story of Scottsdale Community College Professor Nick Damask who had to go into hiding. His offense? Giving a quiz that asked a few questions about the perceived influence of Islam on Al Qaeda or ISIS. He became the target of global outrage, fed by the Council of American-Islamic Relations (CAIR) and amplified by the Left.

Damask was later vindicated by a settlement against the university and CAIR’s lawsuit against him was thrown out of court. But the damage was done, Damask’s life was momentarily derailed and the chilling threat of censorship was sent to educators everywhere.

Of course, oppression by Islamist theocrats is nothing new. A battle between fundamentalists and reformists has raged for decades. You can see it today as women march in cities across Iran demanding equality with men.

But what has changed in America is that the Islamists have forged a new alliance — with the woke.

Take Hamelin University as an example: In 2009, the school’s Journal of Law and Religion published excerpts from a ‘fatwa’ written by an influential Islamic scholar, albeit a renowned Islamist apologist, in defense of the image of the Prophet Muhammad displayed in the U.S. Supreme Court.

So, what happened at Hamelin?

Unfortunately, in America today, Islamists have found sanctuary in a progressivist culture that values identity over reason, meritocracy, history, and truth. Fundamentalists and the woke are kindred spirits, united by a hatred of Western values.

Under wokism, identity defines its adherents. If you are a victim, then you are in the favored caste. And in this victim-hierarchy, Islam towers over all other religions.

In the streets of Iran, Iraq, Syria, Afghanistan, and Saudi Arabia, dissenters are silenced by the gun or club. But in America that dirty work is done with a word.

When you hear, Islamophobia, beware. The word is invoked as a weapon to silence.

What the Islamists at CAIR understand and the campus activists and oppressive progressive left may not fully realize is that they are working on behalf of the powerful, not the weak, when they silence free thought. 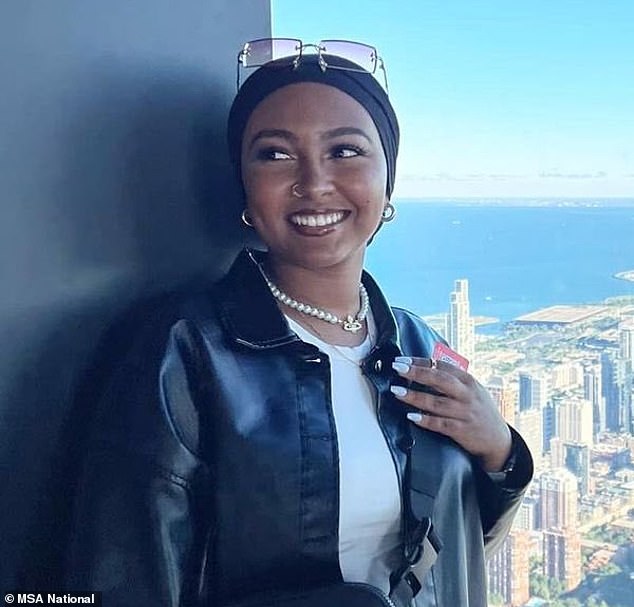 One Muslim student, who is also a member of the university’s Muslim Student’s Association, complained to school officials that she was ‘blindsided,’ by the October 2022 class, finding it ‘Islamophobic’, ‘offensive’, and ‘disrespectful’ to Muslims. (Above) Hamline student, Aram Wedatalla, who complained to university

My family and other Muslim families like mine fled from and fought against Muslim theocrats, who spouted the same oppressive ideologies that the woke left now defend. But free thought is not incompatible with Islam – that is what the mullahs of Iran would have you believe.

Of course, no one is denying that bigotry against Muslims exists, but free thought is not bigotry. If there is rampant anti-Muslim bigotry, it’s the left’s ‘bigotry of low expectations’.

Why isn’t Islam permitted to reform? Why is Islam the only religion condemned to remain in the past?

How many university professors or speakers need to be fired or canceled before we recognize what is at stake for our country?

The very essence of America, debate, critical thinking, and learning is under threat. And American Muslims suffer from this beside their countrymen.

America was once a laboratory of reform for Muslims, it has instead become a place where our own universities cut us off at the knees. Our academics side with the fundamentalists, who hate America and everything it stands for.