THIS is the dramatic moment a BMX yob called a woman a "fat b****" and spat in her face in a furious Sainsbury's road rage row.

The cyclist was filmed unleashing a barrage of foul-mouthed abuse after he was accused of dangerously riding in front of the woman's car while on his phone. 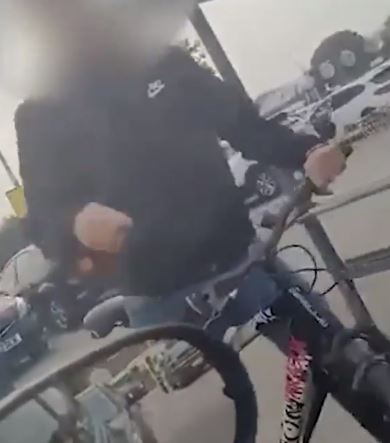 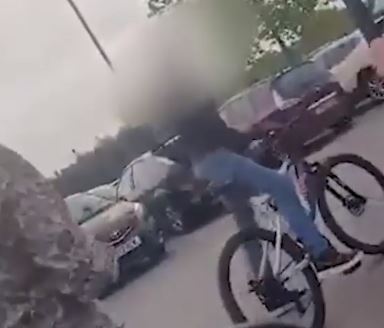 The confrontation kicked off after the woman beeped at the man for "cycling right in front of her" in the store car park in Stoke on Monday.

While filming, the woman asks him to leave, saying he's "in her way".

The woman, filming from inside her car, tells the man: "You're messing with my day."

The cyclist then calls her a "fat b****" and threatens to smash her car, Stoke on Trent Live reports.

The woman calmly explains: "You drove in front of me, duck."

But the BMX rider, described by cops as a 22-year-old white man, suddenly spits in the woman's face and thumps his fist against the driver's window.

"You horrible little b*****. Ride your bike properly. I was trying to do you a favour."

A number of bystanders were seen trying to get involved and deal with the situation, with one calling the cyclist a "nutcase".

Cops were called to the scene after the incident escalated.

A spokesman said: "Officers are appealing for witnesses following an incident at around 11.40am at Sainsbury’s, on London Road, on September 6.

"A man on a bicycle, reportedly a black BMX, attempted to damage a window of a woman’s vehicle.

"The man then proceeded to spit on the vehicle and verbally abuse witnesses and the victim.

"He later returned with three other men and continued to act aggressively." 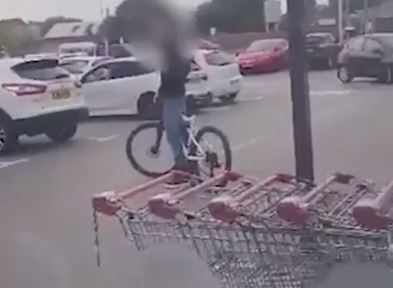 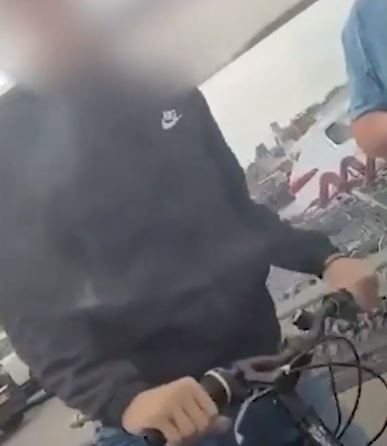