This is the horrifying moment a bus driver desperately swerved to avoid a head-on collision with a car that drifted into his lane.

Despite his heroic efforts, the bus took a glancing blow to its front corner and the Mini bounced sideways on to the pavement.

Four passengers on the bus were taken to hospital with injuries.

Police have confirmed that the male driver of the Mini has been reported for driving ‘without due care and attention’ but no arrests have been made.

The Mini drove over a pedestrian crossing while following a line of traffic before veering to the opposite side of the road and into the path of the bus. 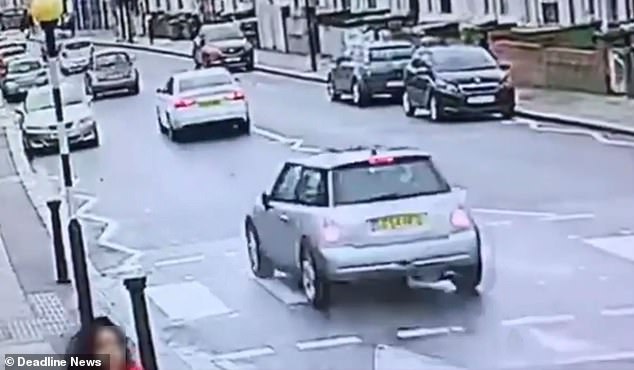 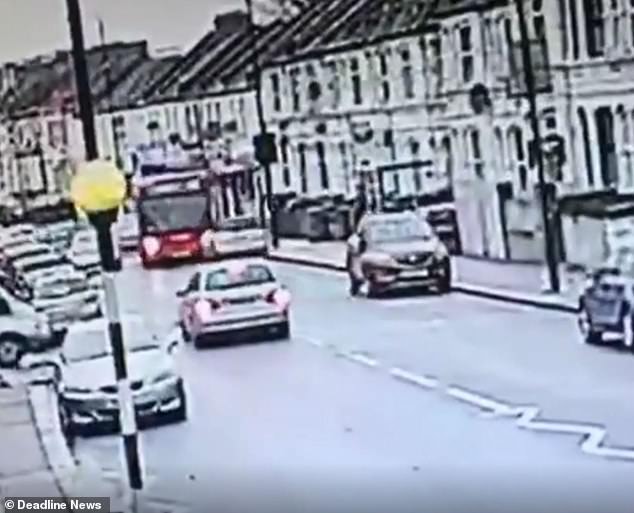 At the last second, the quick-thinking bus driver managed to swerve the bus away from being hit head on.

An image taken after the event shows the extensive damage to both vehicles and the Mini on the pavement at the scene.

According to the local newspaper, the car was written off as a result.

A spokeswoman for Metropolitan Police said: ‘Police were called at 09:19 on Sunday, 10 February to a road traffic collision involving a car and a bus in Plumstead High Street, Greenwich. 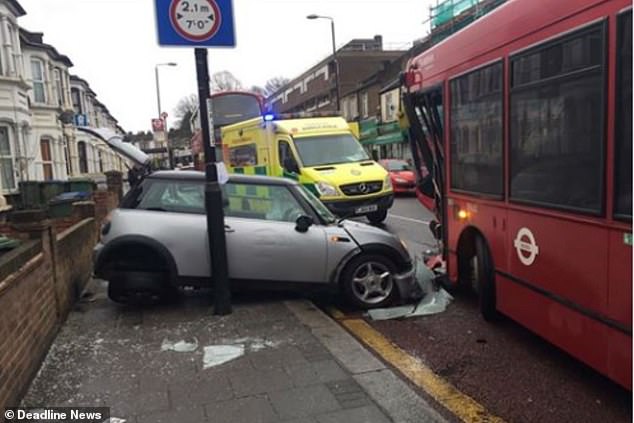 ‘Officers attended along with the London Ambulance Service.

‘Seven people from the bus were treated for minor injuries. Four were taken to hospital.

‘The 27-year-old male car driver has been reported for driving without due care and attention.

‘No arrests have been made and enquiries continue.’