Driver, 18, who killed a pensioner and seriously injured her husband of 56 years in head-on crash as their daughter drove them to airport for a holiday is locked up for five years 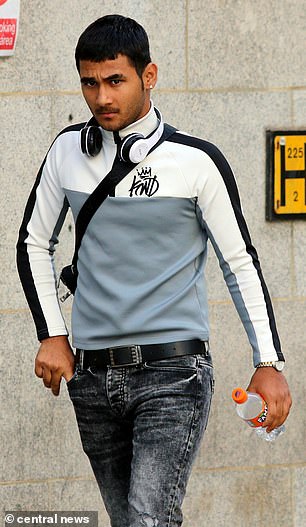 Shirley Connington, 76, was killed and her husband of 56 years seriously injured when a car driven by Rahul Pandey, 18, (pictured) travelling on the wrong side of the road at nearly twice the speed limit hit the couple’s car as they headed off on holiday

A teenage driver who killed a pensioner and seriously injured her husband of more than 50 years as the pair were being driven to the airport for a holiday, has been jailed for five years.

Mrs Conington was killed in the collision and her husband was left with serious injuries including fractures in his leg and pelvis, the Old Bailey heard.

Pandey, who had spent the evening working in an Indian restaurant, took a corner at almost double the 30mph limit and lost control of his red Vauxhall Corsa.

He swerved over to the wrong side of the road and slammed head-on into the vehicle carrying the couple who were being dropped to Gatwick Airport by their daughter.

They had been married for 56 years at the time of the crash.

Pandey has a previous conviction for taking his father’s Nissan Micra without his consent when he was just 15, the court heard.

Judge Rebecca Poulet, QC, told the teenager: ‘You either lost control of the vehicle or you fell asleep at the wheel, whichever it was you went swiftly into the on-coming lane directly into the path of Mrs Connington’s vehicle.

‘I have very much in mind the deep sorrow and anguish which has been afflicted on Mr Connington.

‘It had terrible consequences. You were clearly speeding.

‘Your driving created a substantial risk of danger and this is undoubtedly the case.

‘You maintain you simply lost control on a bend but I believe that it may be quite possible that you fell asleep at the wheel.’ 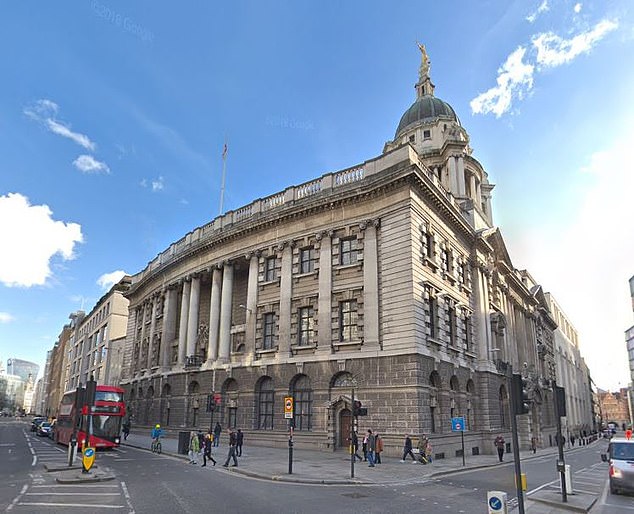 The Evening Standard reported that Ms Conington, 47, said she was suddenly faced with ‘vivid headlights’ from Pandey’s vehicle — which was travelling at least 50mph in a 30mph zone — and she then could only stand by and watch as her mother and father receiving medical assistance at the roadside.

‘Watching my mum lying on the roadside and the emergency services working on her for what seemed like forever was heart wrenching’, she told the court.

‘My family was torn apart in a matter of seconds because of the reckless actions of an individual.’

She added her father had been left ‘lonely and extremely sad’, struggling with clinical depression and worried whenever he knows his children are driving.

Pandey was sentenced to five years in a young offenders’ institution and banned from driving for six and a half years.

He will have to take an extended test, once the ban elapses, if he wishes to drive again.