Oregon police said "several demonstrators" were struck by the car in the incident in the early hours of Wednesday morning. 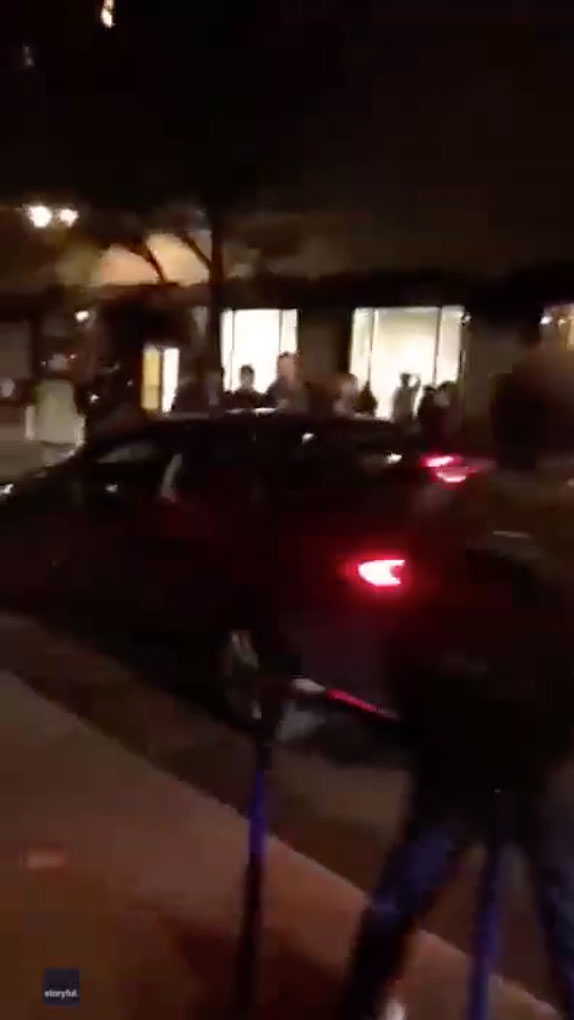 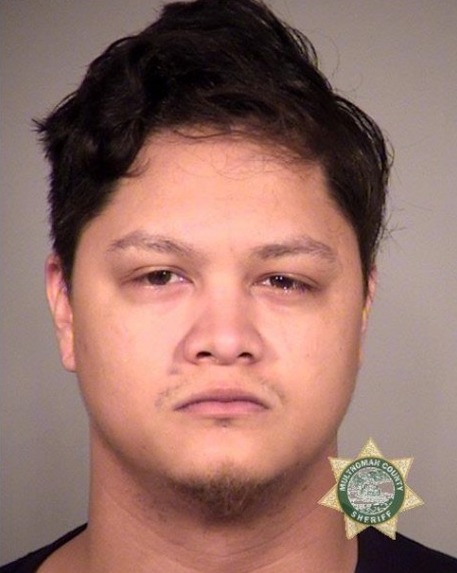 Anthony Eaglehorse-Lassandro was arrested in connection with the incident, Portland Police Department said in a statement.

Video showed the car slowly moving on a street crowded with anti-racist protesters the trunk of the car started to close automatically.

The car then began to speed up, plowing through the demonstrators.

People yelled and screamed as the car rammed through the street.

"What the f**k are you doing?" on person yelled.

Although people tried to move out of the way, the car struck multiple demonstrators and at least one person is seen thrown to the ground in the video.

The car then closed its trunk completely, before speeding around the corner.

Some protesters tried to chase after the car, but it sped away.

Portland police said in a statement the incident occurred just a little after 1am near Southwest 3rd Avenue near Alder Street. 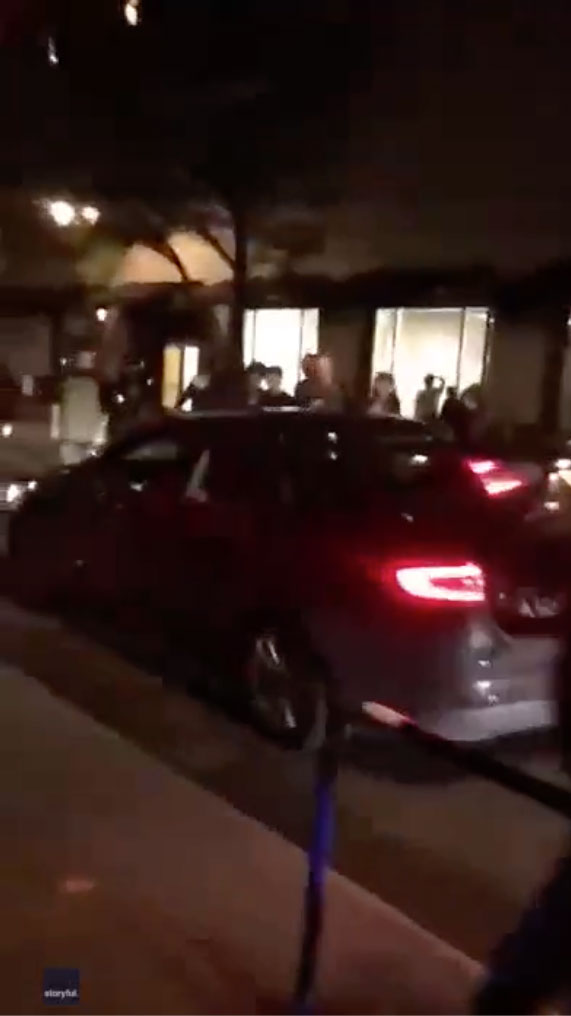 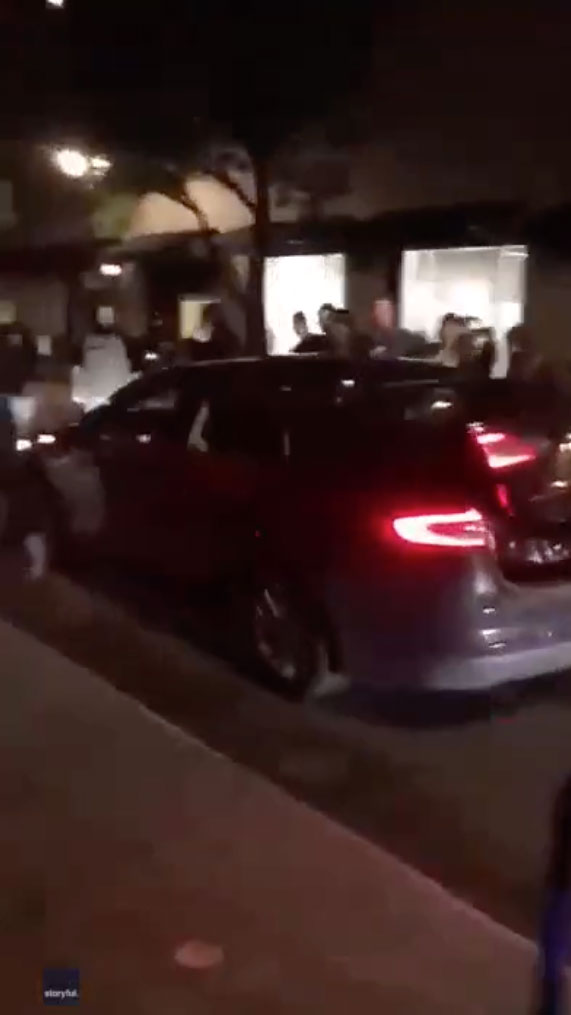 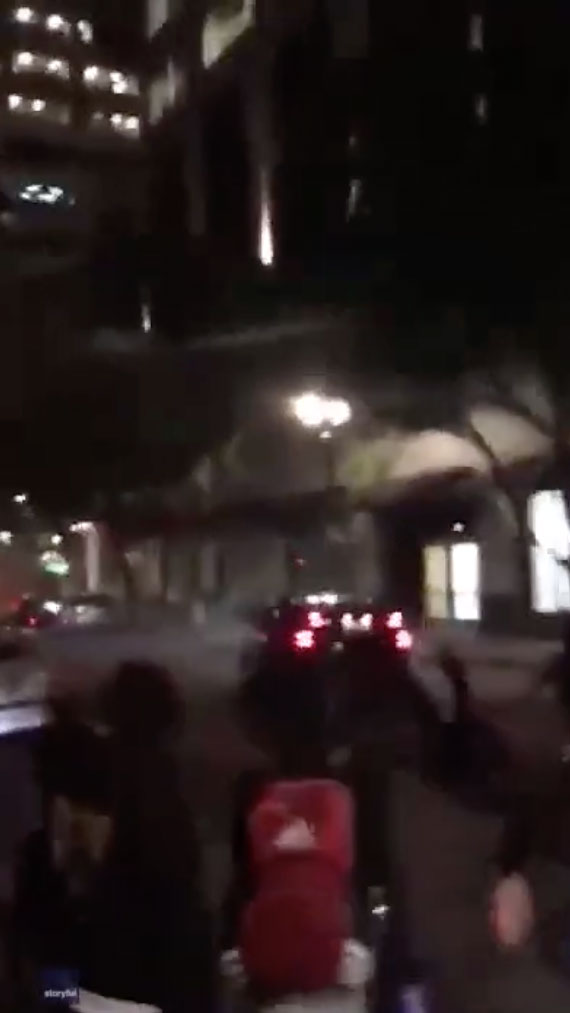 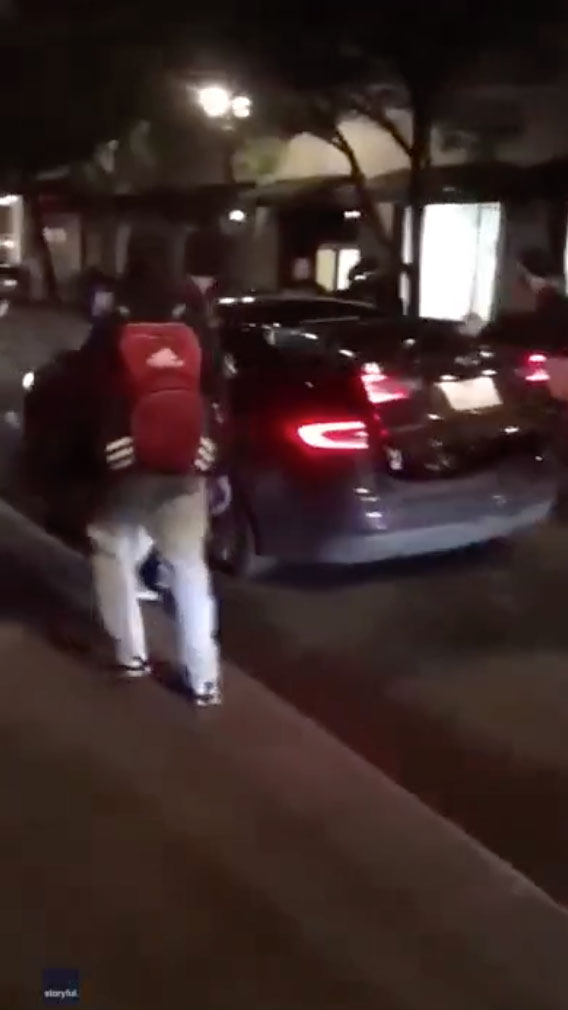 Cops said the car was driving the wrong way as it sped away.

All three people are believed to have non-life-threatening injuries.

Police said the car hit "at least one other vehicle and a barrier during the incident."

Cops said they were able to track the vehicle as it drove "recklessly."

The driver fled on foot at one point, but cops found him.

Eaglehorse-Lassandro, 27, was arrested as the alleged driver of the vehicle.

he has been charged with three felony counts of hit and run, reckless driving, and possession of a controlled substance.

Eaglehorse-Lassandro has been booked into the Multnomah County Detention Center. 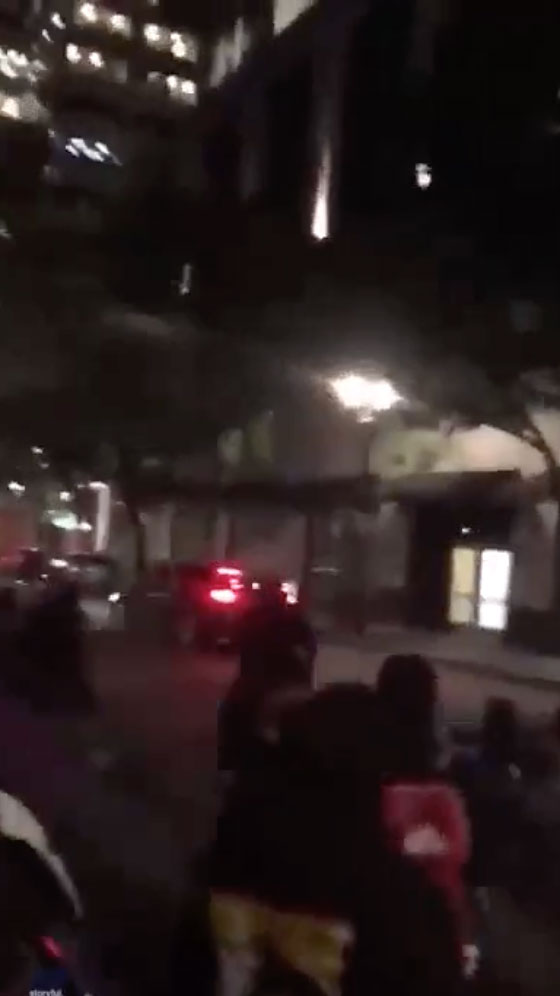 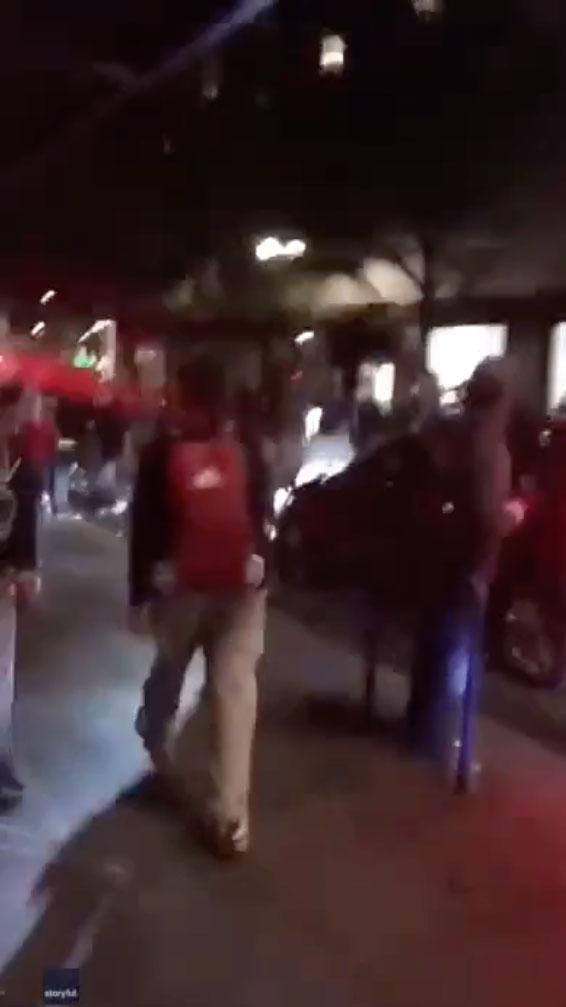 The incident follows just days after another car was captured on video driving through a crowd of protesters in Portland, KPTV reported.

Video showed a green vehicle approaching the group – before a few demonstrators attacked the car.

People could be seen slamming the car's windows and slashing its tires as it moved through the crowd.

An object – identified to KPTV by a witness as a one-wheeled scooter – could be heard being dragged underneath the vehicle.

The incidents came amid ongoing protests following the death of George Floyd.

Floyd, a 46-year-old Black man, died on May 25 after Minneapolis, Minnesota cop Derek Chauvin was seen keeling on his neck during an arrest.

Video showed Floyd saying "I can't breathe" multiple times – but Chauvin did not move his knee.

Protesters have demanded justice in Floyd's death, and shown support for the Black Lives Matter movement and an end to systemic racism.

Some demonstrators have called for defunding the police, as they push for more money to go toward community-based resources.