What’s this driver Bean doing? Car is spotted with DIY security system of bolt and padlock on door’s outside just like green Mini driven by Rowan Atkinson’s silent character

A motorist was stunned when he drove past a bonkers driver who had installed bolts and padlocks on the outside of his car – much like on Mr Bean’s iconic green mini.

Thomas Godfrey, 49, was on the A406 in Barnet, London, when he was baffled by the bizarre makeshift security system on the passenger door of an overtaking silver Peugeot.

The unknown car owner had taken his vehicle’s security into his own hands with a sliding straight bolt and a hasp and staple with room for a padlock. 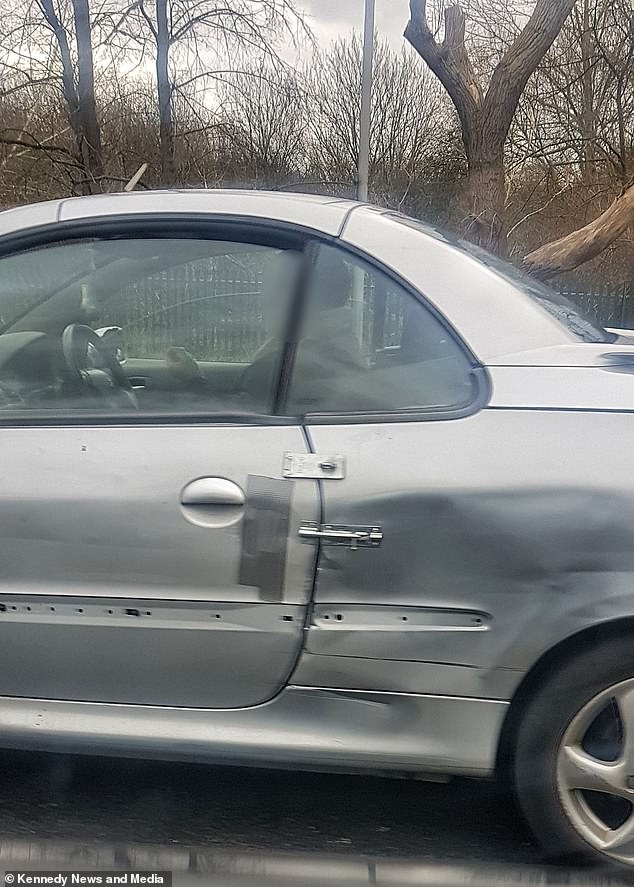 Thomas Godfrey, 49, was on the A406 in Barnet, London, when he was baffled by the bizarre makeshift security system

The old-fashioned attempt at security drew comparisons to that of Mr Bean’s hilarious locking system on his citron-green 1977 British Leyland Mini.

The beloved character, played by Rowan Atkinson, famously locked up his car with a padlock on the outside of the door in the British sitcom.

Thomas, from Bermondsey in Greater London, said: ‘I just think it was a funny thing. I thought, Mr Bean comes to Barnet.

‘I don’t think I’ve ever sat and watched a Mr Bean film but I know [the comparison].

‘I don’t know why you would do that – why would you do that? You’d have to get it fixed properly, wouldn’t you? One lock, yeah maybe, but two locks? It’s just crazy.

‘I thought it was crazy. The guy did give me a funny look [as I was peering at him]. 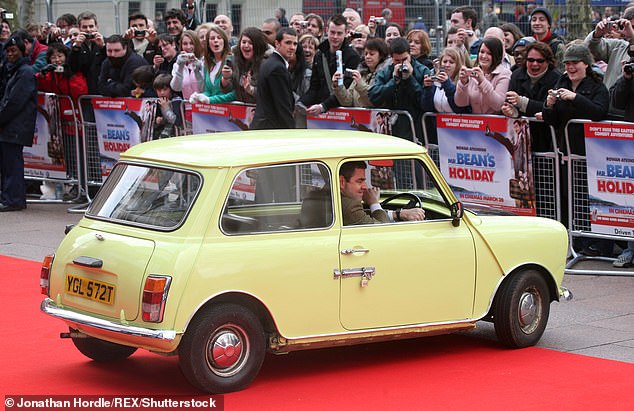 ‘Obviously I’m trying to look and thinking ‘what a weird thing, this geezer must be a right weirdo’.

‘It’s a bit of a nuts things to do, to be honest with you.

‘Obviously you’re not supposed to be using a mobile phone at the wheel no matter what but we were stationary in traffic and I couldn’t resist it.

‘He overtook me and I saw it and thought wow. I thought ‘please, I hope he stops next to me so I can get a picture of it’.

‘Luckily enough the timing was perfect and he pulled up right next to me just long enough for me to take the picture.’

Thomas posted the picture online where it quickly racked up more than 1,000 likes, shares and comments.

But even though the picture proved to be popular for its likeness to Mr Bean, Thomas admits he’s never watched the sitcom.

Thomas, who is a full-time driver, said: ‘I’ve never watched Mr Bean – I know he’s got a little green mini.

‘A couple of people have been mentioning Mr Bean.

‘The thing that got me is that he’s put the duct tape over the lock so that no water gets in.