A driver was rescued after a car lost control and crashed through a fence, ending up stranded in a boating lake.

Holidaymakers and locals were left stunned after a car smashed through a fence and nose-dived into the Meare at Thorpeness on Sunday afternoon.

Officers from Suffolk Police were called to the beauty spot just after 1pm on Sunday, after the Volvo ended up careering into the water. 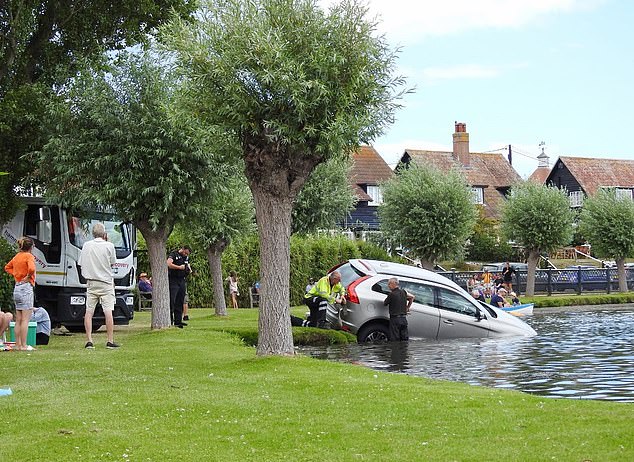 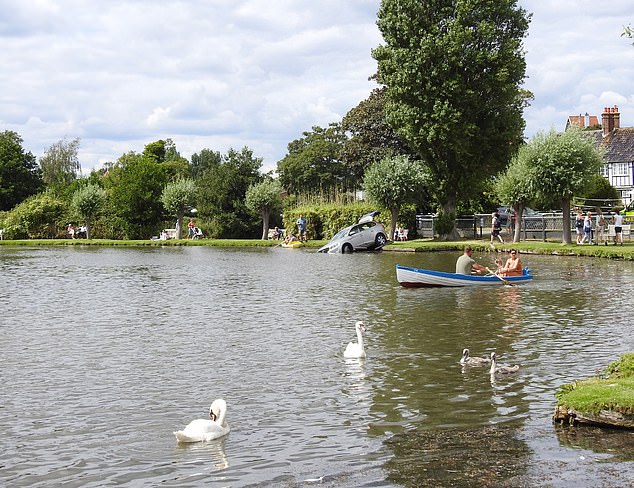 An ambulance team were also in attendance, but it is understood that the driver did not suffer any injuries, the East Anglian Daily Times reported.

A police spokesman said: ‘The driver lost control of the car and drove through a fence into the Meare.’

Police remained at the scene whilst a recovery team was called to lift the stranded car out of the water.

The silver Volvo was winched out of the water and was reported to have suffered minor water damage. 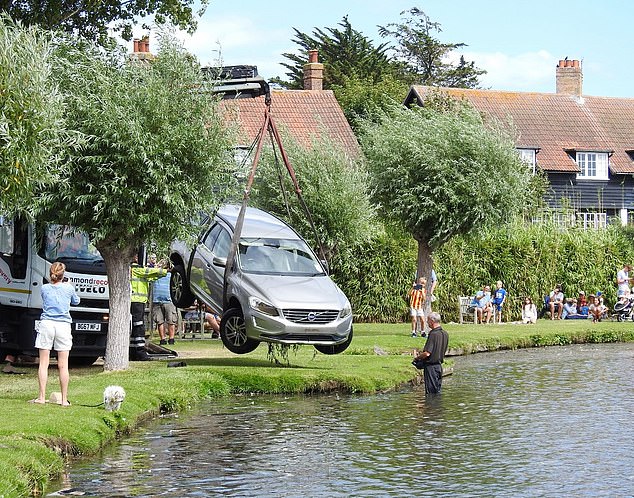 Although an ambulance team was in attendance, it is understood the driver suffered no injuries and a recovery team arrived to rescue the vehicle

People on social media were stunned by the unusual sighting, with users cracking jokes at the unfortunate driver’s bad luck.

Witness Charles Cuthbert said on Twitter: ‘Just a lovely summer day for boating on the Meare at Thorpeness on the Suffolk coast? Yes, until this car left the road, went through a fence and into the water.

‘Fortunately nobody was hurt, although the Mute Swans seemed a bit surprised…’.