A county lines drug dealer was caught when he brazenly advertised his ‘dial-a drug’ business on his T-shirt along with his mobile telephone number, a court heard.

Wajid Hussain wore a T-shirt bearing the words ‘Naz & Scooby – 4 for £25’ followed by his telephone number.

He sold heroin and crack cocaine on a ‘dial-a-service’ basis but was busted when an undercover cop saw the telephone number and rang it to arrange ‘a deal’.

Details of the bungling dealer were told at Bradford Crown Court when Hussain appeared to admit dealing class A drugs. 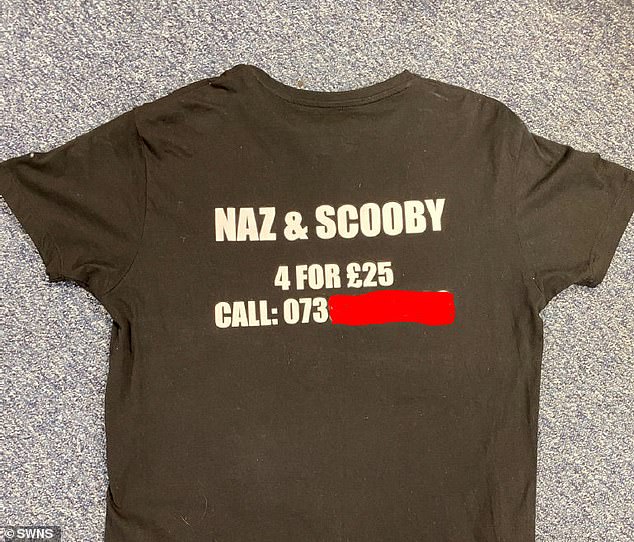 He ran the ‘bring and ring’ Scooby Line from April to July last year – and advertised his own phone number on a t-shirt to drum up businesses.

The court heard how undercover police officers called the number to arrange a drug deal and a Skoda Octavia appeared with Hussain in the passenger seat.

One of Hussain’s ‘workers’ Kevin Hodgson, 59, was driving a Vauxhall Insignia on that occasion, the court heard.

The following day, Hussain and Hodgson drove up to sell ‘Libby’ another £10 wrap. She asked if they would do ten wraps for £60 and Hussain said yes.

Last month, cops raided Hussain’s home and found a T-shirt with the Scooby Line’s phone number on it, along with ‘three for 25.’

Also seized from his address were scales, Kinder eggs, cash and dealer bags.

Michael Smith, prosecuting, said: ‘It appears that it was in effect his operation, or one in the very least in which he played a very significant role.’

Hussain had 18 previous convictions for 31 offences, including supplying Class A drugs in 2012, when he was sent to a young offender institution for 16 months. 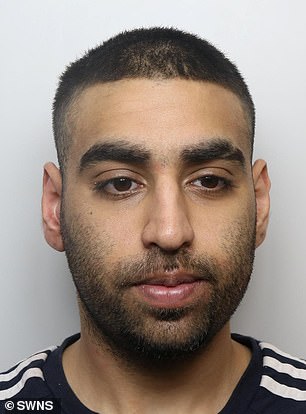 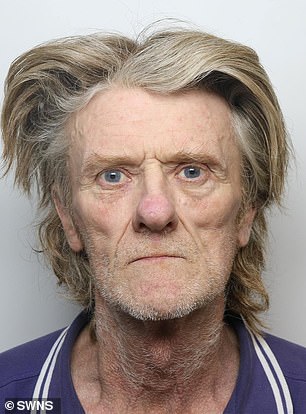 He had been recalled to prison on licence for a dangerous driving sentence and he was in breach of a Criminal Behaviour Order.

Hussain’s solicitor advocate, Andrew Walker, said it was an unusual feature of the case that the Scooby Line number was registered to his client.

But the Recorder of Bradford, Judge Jonathan Durham Hall QC, replied: ‘It is typical of the brazen arrogance of those who think they are big men in their society.’

The court heard that Hussain was the father of three young children and would miss seeing their formative years.

Shufqat Khan, for Hodgson, said he was out of work at the time and was asked to hire the vehicles and at first did not realise that he was driving for drug dealers.

Mr Khan added: ‘He was relieved when he was arrested because it got him out of it.’

Judge Durham Hall said the Scooby Line was ‘brazenly broadcast’ on Hussain’s T-shirt and its phone was registered to him.

He told Hussain: ‘You are intimately linked to the operation of this line.’

The judge conceded that Hodgson’s role was limited, but told him: ‘People like you must resist the temptation of easy money for driving drug dealers.’

Hussain, of Bradford, West Yorkshire, pleaded guilty to five counts of supplying Class A drugs and was jailed for six years.

Kevin Hodgson, also of Bradford, was jailed for two years and two months after admitting supplying Class A drugs on June 19 and 20 last year.