Moment drunk hairdresser, 34, smashes into car then repeatedly falls over as she tries to swap seats with her boyfriend by climbing through the WINDOW – before police arrive to find her legs waving in the air

This is the moment that a drunk hairdresser smashes into a car then repeatedly falls over as she desperately tries to swap seats with her boyfriend before police arrive.

Hairdresser Emma Gunning, 34, attempted to falsely claim she was the passenger of her silver Mini One after she ploughed into another vehicle while out looking for her missing pet dog.

She was almost five times over the legal limit when police breathalysed her after the crash in Ashton-in-Makerfield, Wigan, on December 9, 2020.

Police arrived at the scene to find a male companion in the driver’s seat of Gunning’s car trying to start it. 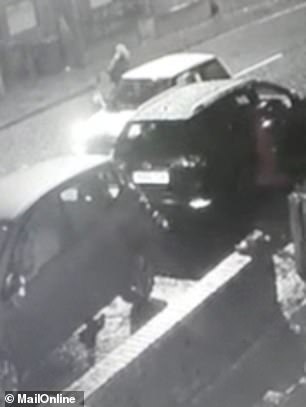 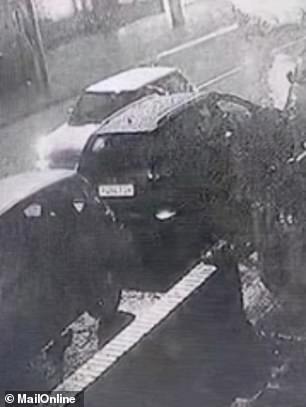 Hairdresser Emma Gunning, 34, attempted to falsely claim she was the passenger of her silver Mini One after she ploughed into another vehicle while out looking for her missing pet dog 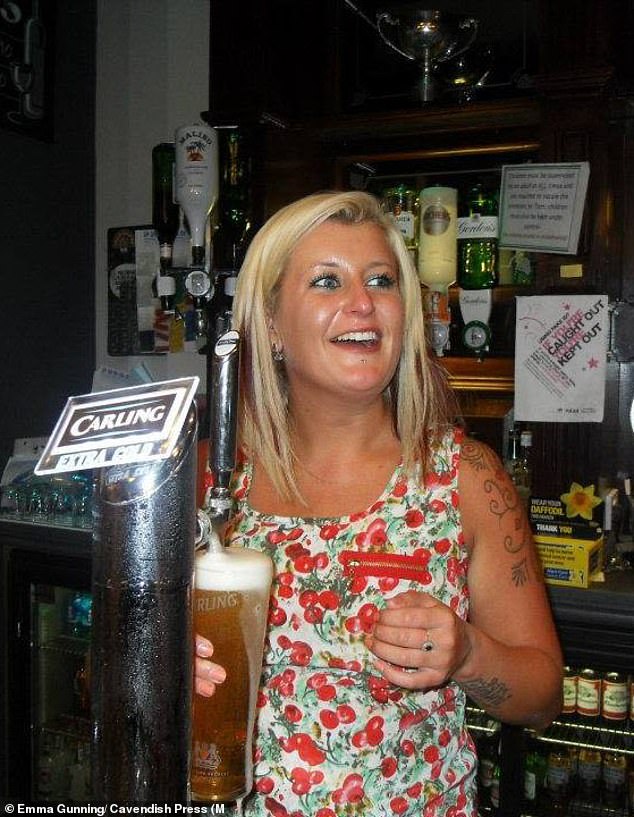 Emma Gunning, pictured, was five times the drink drive limit when she crashed into a parked car while out looking for her missing dog on December 9, 2020 in Wigan

Now newly released CCTV of the crash shows the moment Gunning smashes into the parked car.

The footage shows her attempting to drive off. When that doesn’t work she decides to swap seats with her passenger.

Gunning is seen getting out of the driver’s side and walking behind the car.

Then, after examining the passenger side, she appears to fall and vanishes for 17 seconds before briefly standing up, then falling again. 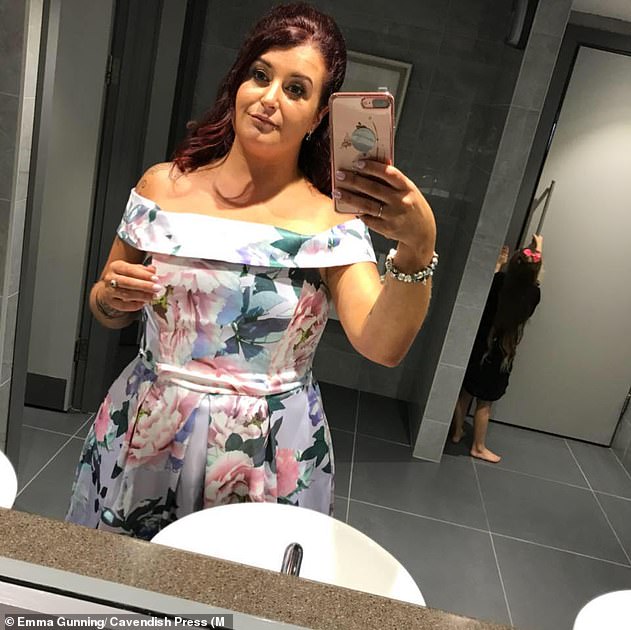 The mother-of-one, pictured, was jailed for eight weeks by magistrates after she admitted drink driving. The court heard this was her second conviction for drink driving

With the passenger door wedged against the other car, she realises that the only way in is through the window.

She tried to go head-first through the window and is still dangling with her feet in the air when a female police officer arrives on the scene.

The mother-of-one was jailed for eight weeks after she admitted driving with excess alcohol and obstructing police.

The woman whose car she crashed into has told of the misery and cost of the accident that happened as she slept.

Joeanne Neil, 49, who works at a vet’s, said: ‘It has left me without a car, and ended up costing me thousands of pounds.

‘The way the driver acted that night should have seen her banned from driving for life, not five years. She was paralytic and she was too selfish to even admit responsibility through her insurers.’

Ms Neil, who lives with two of her three grown up children on the main A58 road in Wigan, was woken by the crash outside her bedroom window.

She looked out to see that her grey Fiat 500 had been shunted three houses down and there was a man trying to push the offending Mini One out from where it had wedged into another neighbour’s car. 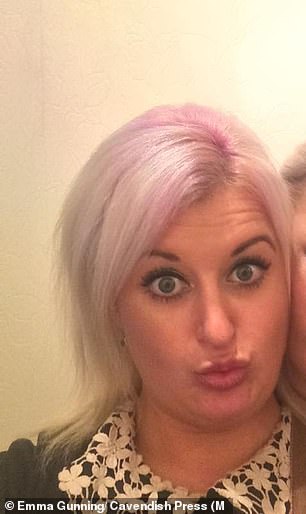 Joeanne said: ‘I went outside and there was a man trying to push the Mini back onto the road. The male passenger shouted at me, ‘Hey up love, give us a shove and we will be on our way’.

‘I could tell that he was drunk, they all were. The man who was trying to push her car claimed he was a passer by, which CCTV showed he wasn’t, and he walked off.

‘She fell over four times trying to do this and because the passenger door was wedged to my neighbour’s car, she ended up climbing in through the window head first. For a little while you could just see her feet dangling out.’

A suspicious patrolman refused to believe Gunning’s story and found the CCTV which showed she was driving the Mini at the time of the crash.

Tests showed Gunning, from Ashton-in-Makerfield, Wigan, Greater Manchester had 162 micrograms of alcohol in 100 millilitres of breath. The legal limit is 35mg.

Inquiries revealed she had a previous drink driving conviction from 2016. 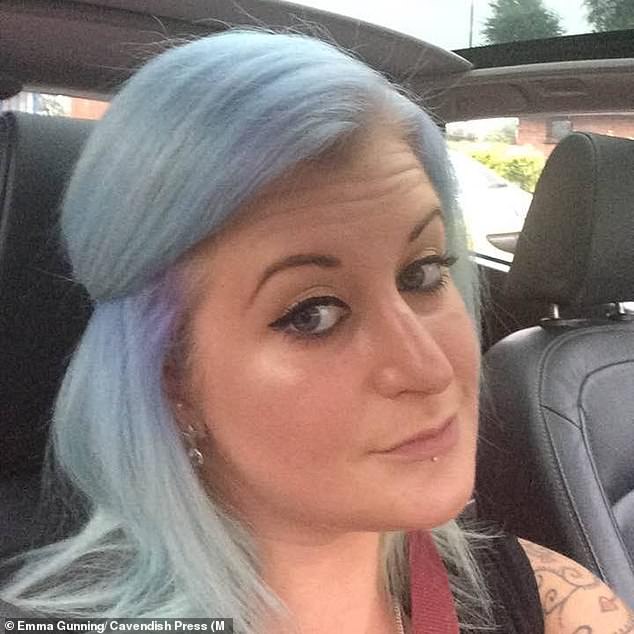 Gunning, pictured, had tried to deceive police by swapping seats with her friend following the smash

At Wigan Magistrates’ court, Gunning broke down and sobbed as she was jailed for eight weeks after she admitted driving with excess alcohol and obstructing police.

The court heard the incident occurred on December 9 last year after Gunning drank vodka with her friend at home while her young daughter was having a sleepover.

Gunning was also banned from driving for five years, was ordered to take an extended driving re-tests and must pay £128 in costs and surcharges.