A man has tried to damage a Banksy mural which appeared overnight on a garage in south Wales.

The ‘drunk halfwit’ had tried to pull the protection glazing off of the Season’s Greetings graffiti mural last night.

The Banksy work appeared overnight on a garage wall in the Taibach district of Port Talbot, south Wales. 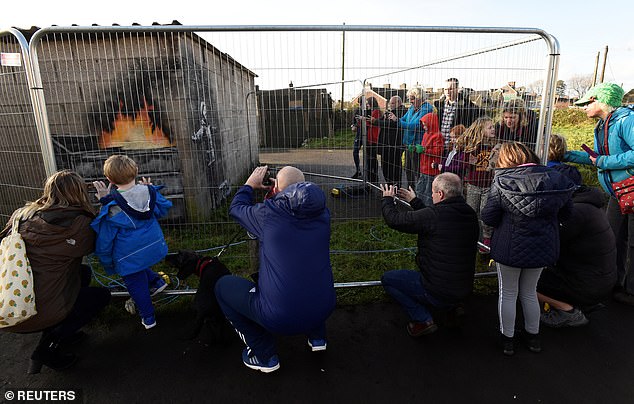 A screen was erected in front of the wall on Saturday amid huge tourist interest.

Gary Owen, who asked Banksy to paint a piece in Port Talbot, wrote on a Facebook page about the attempt to damage the mural.

The mural was not damaged as the man was chased away on Saturday night at around 10.30pm, the BBC reported.

Hollywood star Michael Sheen has paid thousands of pounds to help protect the latest Banksy artwork – which was painted in the actor’s home town.

Sheen, 49, has said he will help foot the bill for security, legal and other costs to protect the work.

More than 4,000 art lovers are expected to have visited the Taibach site just off the M4 which overlooks the town’s towering steelworks by the end of the weekend. 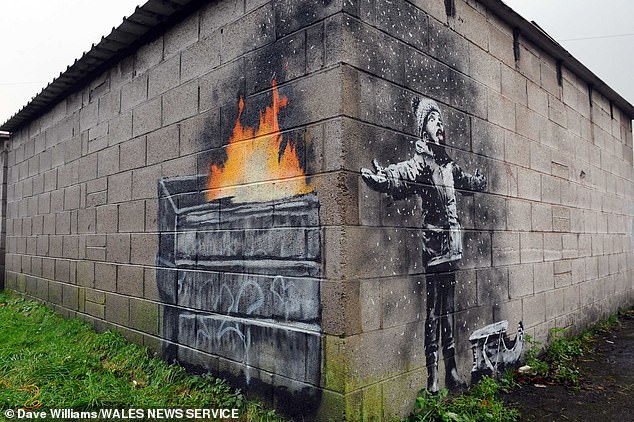 The Seasons Greetings graffiti mural appeared overnight on a garage wall in Port Talbot, South Wales and has been under 24 hour guard from volunteers