Hotel review website TripAdvisor is at the centre of a row involving the Duchess of Cornwall’s convicted fraudster cousin.

Aristrocrat Dru Edmonstone claims that he had asked the site owners to investigate after a string of bad reviews of his hotel in Stirlingshire appeared on the site – which he blamed on a former staff member.

But TripAdvisor have now placed a warning on the hotel’s review page advising users people with an interest in the business ‘may have attempted to interfere with traveller reviews’.

Customers using the website to look up the West Highland Way Hotel, at Ardoch House in Blanefield, are now warned that an investigation is under way into the authenticity of some reviews placed on the site. 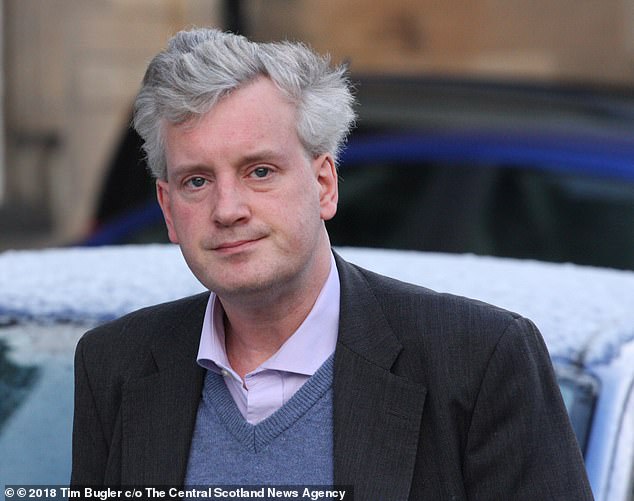 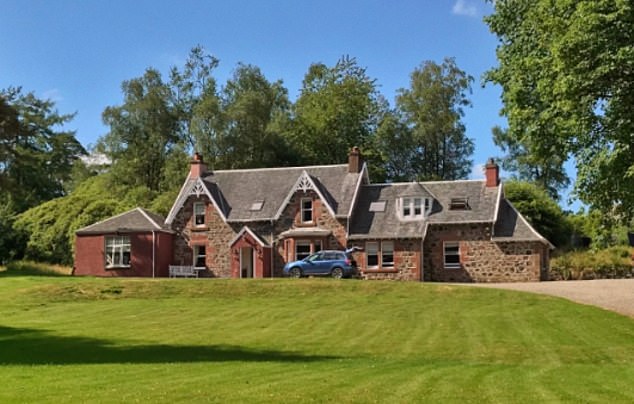 At present the hotel (pictured) has 59 ‘excellent’ reviews, three ‘good’, two ‘poor’ and 16 that are categorised as ‘terrible’ 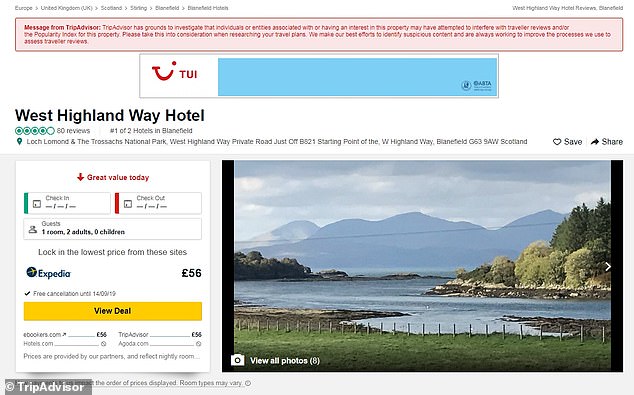 Customers using the website to look up the West Highland Way Hotel, at Ardoch House in Blanefield, are now warned that an investigation is under way into the authenticity of some reviews placed on the site (pictured, top in red)

Mr Edmonstone claims he asked the website to instigate the probe after a string of scathing critiques were posted online.

He says they are the work of an ex-employee who was roping in friends to discredit the establishment and that their reviews are normally ‘very good’.

At present the hotel has 59 ‘excellent’ reviews, three ‘good’, two ‘poor’ and 16 that are categorised as ‘terrible’.

Mr Edmonstone, 47, said: ‘It was because of an ex-employee – it’s as simple as that. We asked Trip-Advisor to look into it and to do this. Our reviews are normally very good. An employee left the business two months ago and this is what happened.

‘TripAdvisor have already started to remove some of the negative reviews.’

The review website relies on customers being honest and agreeing to a waiver that states that they are being truthful about their stay or experience at hotels, restaurants and other attractions around the world.

However, the website and app is open to everyone and has no way for business owners to counteract negative reviews other than by responding online or reporting supposedly false reviews.

A number of positive reviews have also been left on the site however (above and below), including one from Alberto R who wrote: ‘the staff were very helpful and it was very good value’

A TripAdvisor spokesman said: ‘The red badge applied to this listing was not as a result of the owner informing us of fraudulent reviews by an ex-employee. We would not put a badge up at the request of a business owner.

‘Before issuing a badge, we run a thorough investigation into the business activity on our site and we only issue red badges following previous warnings – which was the case for this business.

‘To reiterate, the purpose of a red badge is to both serve as a penalty to a business that has tried to go around our system and also to warn travellers to bear this in mind when making their travel plans.’ 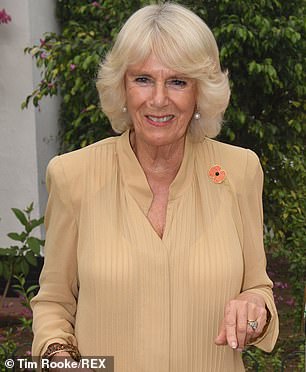 The warning on the site states: ‘TripAdvisor has grounds to investigate that individuals or entities associated with or having an interest in this property may have attempted to interfere with traveller reviews and/or the Popularity Index for this property. Please take this into consideration when researching your travel plans.

‘We make our best efforts to identify suspicious content and are always working to improve the processes we use to assess traveller reviews.’

He is the son of Sir Archibald Edmonstone, 7th baronet of Duntreath. Mr Edmonstone, who lives on a 6,000-acre estate in Blanefield, was jailed in 2018 after pleading guilty at Stirling Sheriff Court to a string of benefit frauds.

He admitted embezzling £60,000 from the state, Stirling Council and the Royal Burgh of Kensington and Chelsea.

He fraudulently used the names of his sister, his ex-wife, a former housekeeper, and an employee of his father to submit bogus claims for income support, tax credits, carers’ allowance and disability living allowance.