The economy is bouncing back from Omicron with a closely-watched index showing growth at an eight-month high.

The services sector has driven a surge in February, with the flash reading from IHS Markit/CIPS coming in at 60.2.

The PMI figure – where anything above 50 represents expansion – is up from 53.4 last month and has not been better since June.

However, the survey also underlined mounting alarm about inflation pressure, with costs for businesses rising at the second-highest rate on record.

The findings will be a boost to Chancellor Rishi Sunak as he braces for a tricky post-Covid Budget next month.

January’s PMI figures were the worst in 11 months – when the country was in the grip of the Delta variant of Covid. 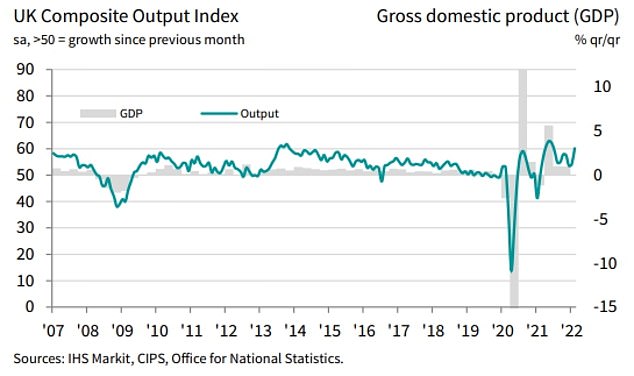 The services sector has driven a surge in February, with the flash PMI reading from IHS Markit/CIPS coming in at 60.2

The jump in growth was driven by the services sector, which jumped from 54.1 in January to 60.8 so far in February.

February’s reading is based on preliminary data and a full score will be released early next month.

But the growth has come with a sting in its tail for businesses, which are seeing costs soar as they compete for staff and raw materials.

Energy bills are also rocketing, helping to increase the cost of doing business to its second highest level since 1998.

As a result companies are charging more for their products and services.

‘On the other side, manufacturers saw a subdued pipeline of work along with job hires as building capacity remained difficult with the continuing talent shortages, and vacancies were unlikely to be filled.

‘Even with the strongest month for supply chain performance since November 2020, some raw materials were still difficult to source and shipping delays remained.

‘As the shadow of the pandemic recedes and Brexit obstacles come into view, respondents reporting ongoing delays and customs difficulties show there are challenges aplenty for the coming months.’ 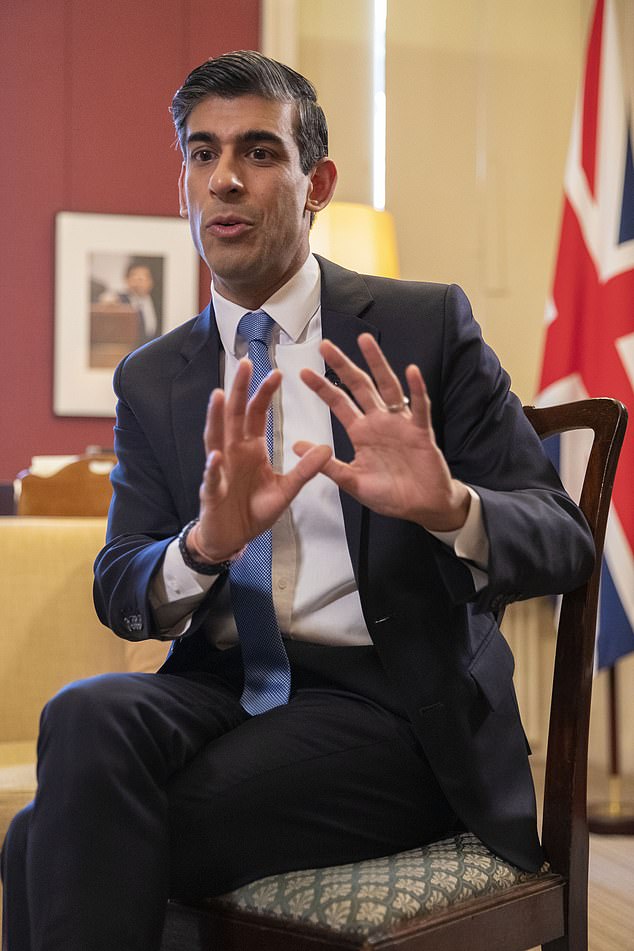