‘Have Christmas chaos with me’: Ed Miliband rolls out the ‘ed-stone’ and mocks Cameron’s warning that Britain will be plunged into turmoil if voters backed Labour in 2015 on his festive card

Ed Miliband has won a reputation as a comedian since he quit as Labour leader – and he has ruthless mocked the Tory civil war in his Christmas card.

He has taken aim at David Cameron’s infamous 2015 tweet warning Britain faced an ‘inescapable’ choice between stability with the Tories or ‘chaos’ with Labour.

And he has rolled out the notorious ‘ed stone’ – a rock with pledges scrawled on it which became symbolic of his inability to connect with voters – on his festive card.

Mr Miliband’s card shows the grinning Labour MP in a Christmas jumper jumping out from behind a monument which looks like his ill-fated ‘ed stone’.

Etched on it are the words: ‘Britain faces a simple and inescapable choice – stability and strong government with me or chaos with Ed Miliband. Happy holidays.’ 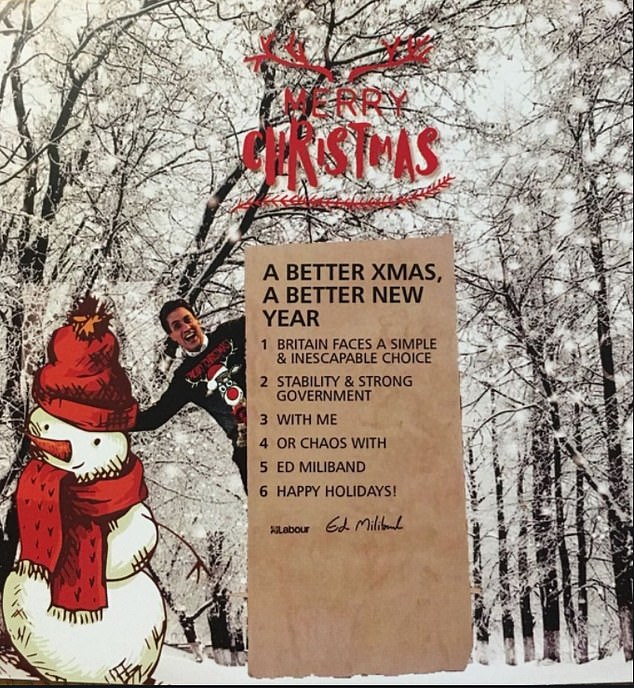 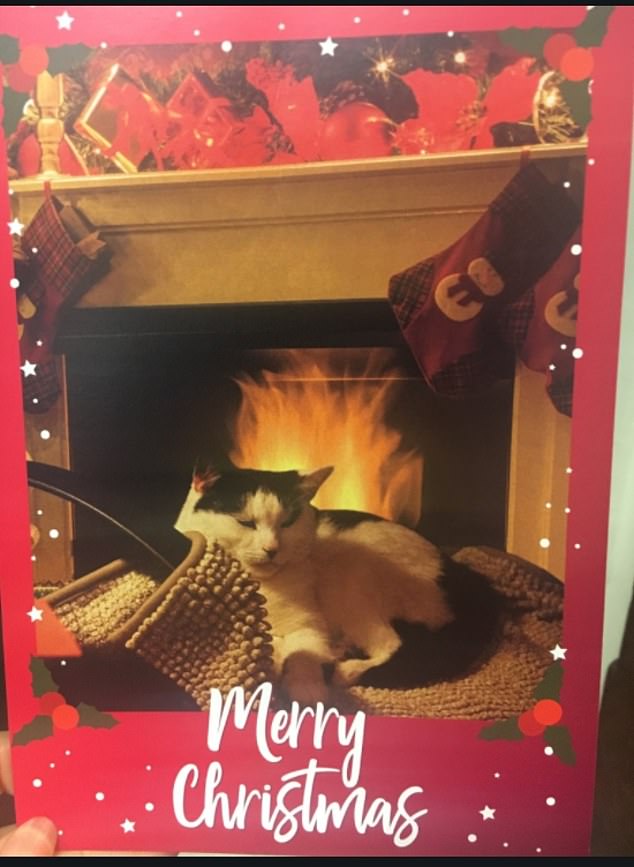 His card won plaudits on Twitter as voters hailed the hilarious card and said Mr Miliband had ‘owned’ David Cameron and taken an early lead in the Christmas card competition.

Mr MIliband, the MP for Doncaster North, struggled to connect with voters while labour leader  and was pilloried for awkwardly eating a bacon sandwich.

But he has gained a reputation for his wit since returning to the backbenches after losing  the 2015 General Election to Mr Cameron.

Last year he put out a  Christmas card showing himself in a leather jacket astride a motorbike tucking into a bacon sandwich under some festive holly.

Mr Cameron has been widely mocked for sending the infamously poorly aged tweet warning of the ‘chaos’ which would ensue if Labour were elected in 2015.

The Tories won a majority after promising to hold a referendum on Britain’s membership of the EU – triggering what has proved to be one of the most turbulent and  bitterly divisive peopled of politics in modern British history.

But just over a year later Mr Cameron had dramatically quit as PM after losing the Brexit vote in a campaign which has left the country bitterly divided.

And the past two years has seen the Tory party plunged into a bloody civil war which nearly saw Theresa May ousted as PM yesterday, while the crunch Brexit talks have lurched from one crisis to another. 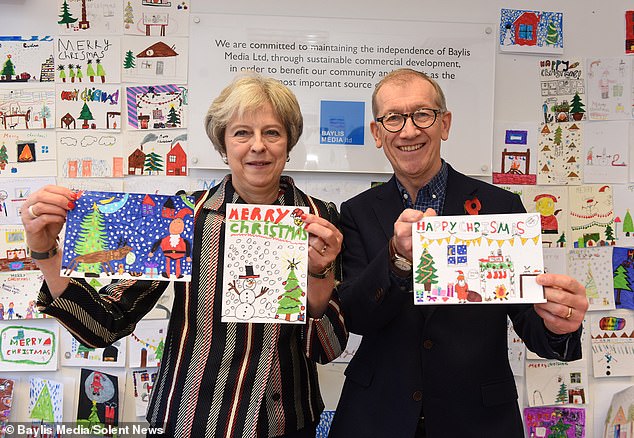 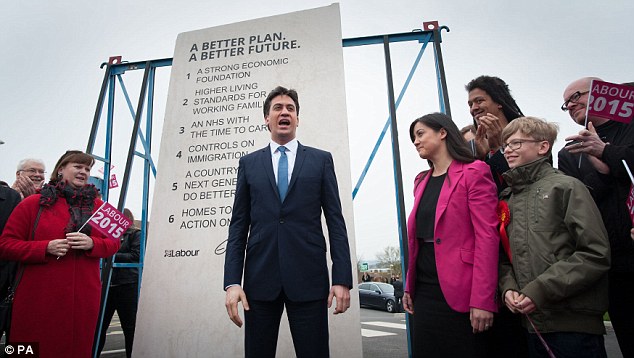