AN edited video claiming President Donald Trump is "disoriented" and "deep into a degenerative neurological disease" is allowed to stay on Twitter.

Journalists have insisted the 12-second misleading video of Trump is false because it doesn't show how the president was waiting for First Lady Melania and calling attention to puddles she should avoid. 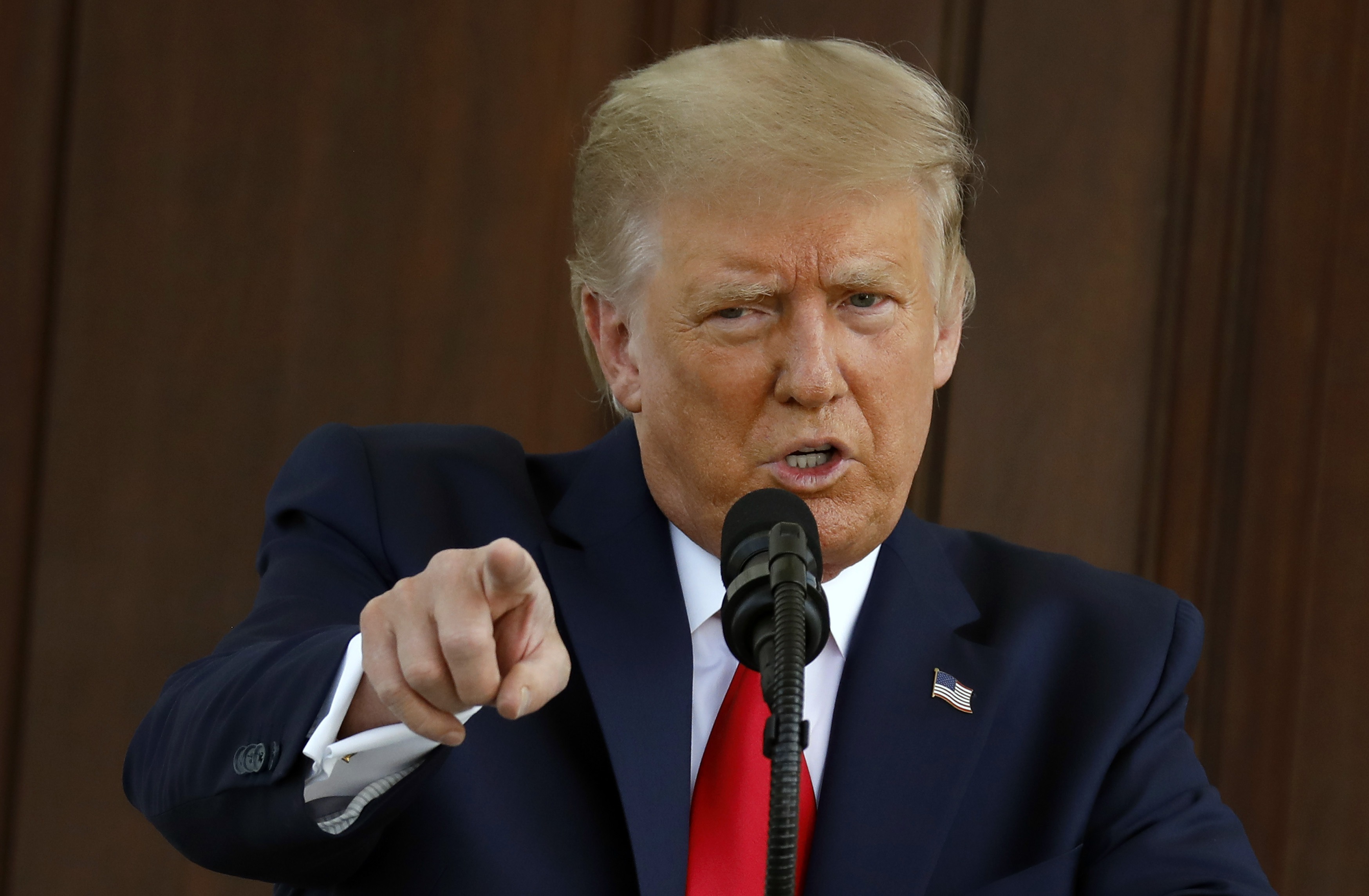 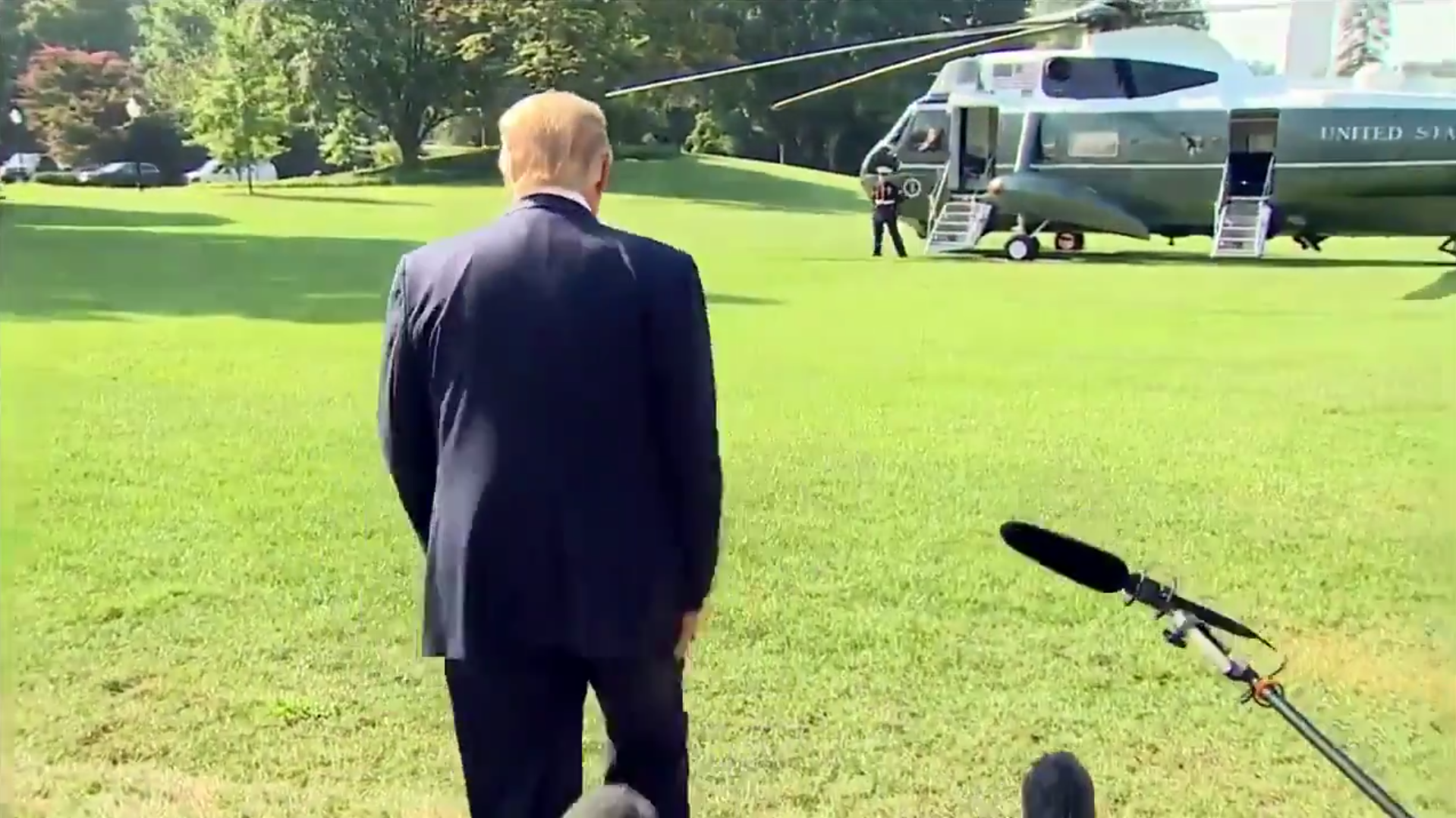 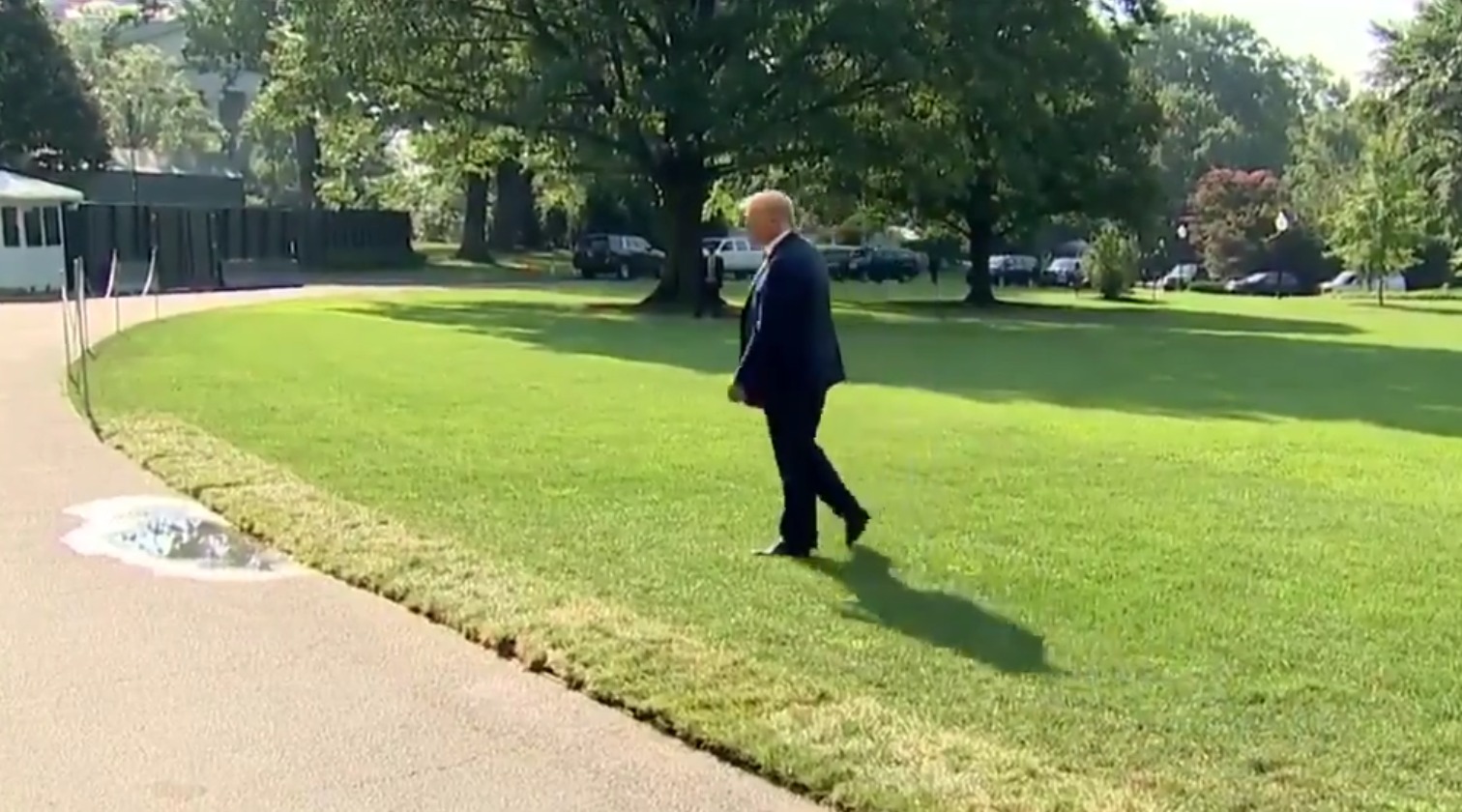 Trump had reportedly been waiting for Melania to board Marine One.

Despite being labeled as "manipulated media" Monday morning on Twitter – the video has not been removed.

His since-deleted or removed tweet, alongside the misleading video of Trump, read: "Trump is lost [and] disoriented here.

"His mind goes blank and he doesn’t remember what he's supposed to do next.

"He's deep into his degenerative neurological disease — Frontotemporal dementia — mindlessly lumbering and zigzagging in the grass towards a puddle." 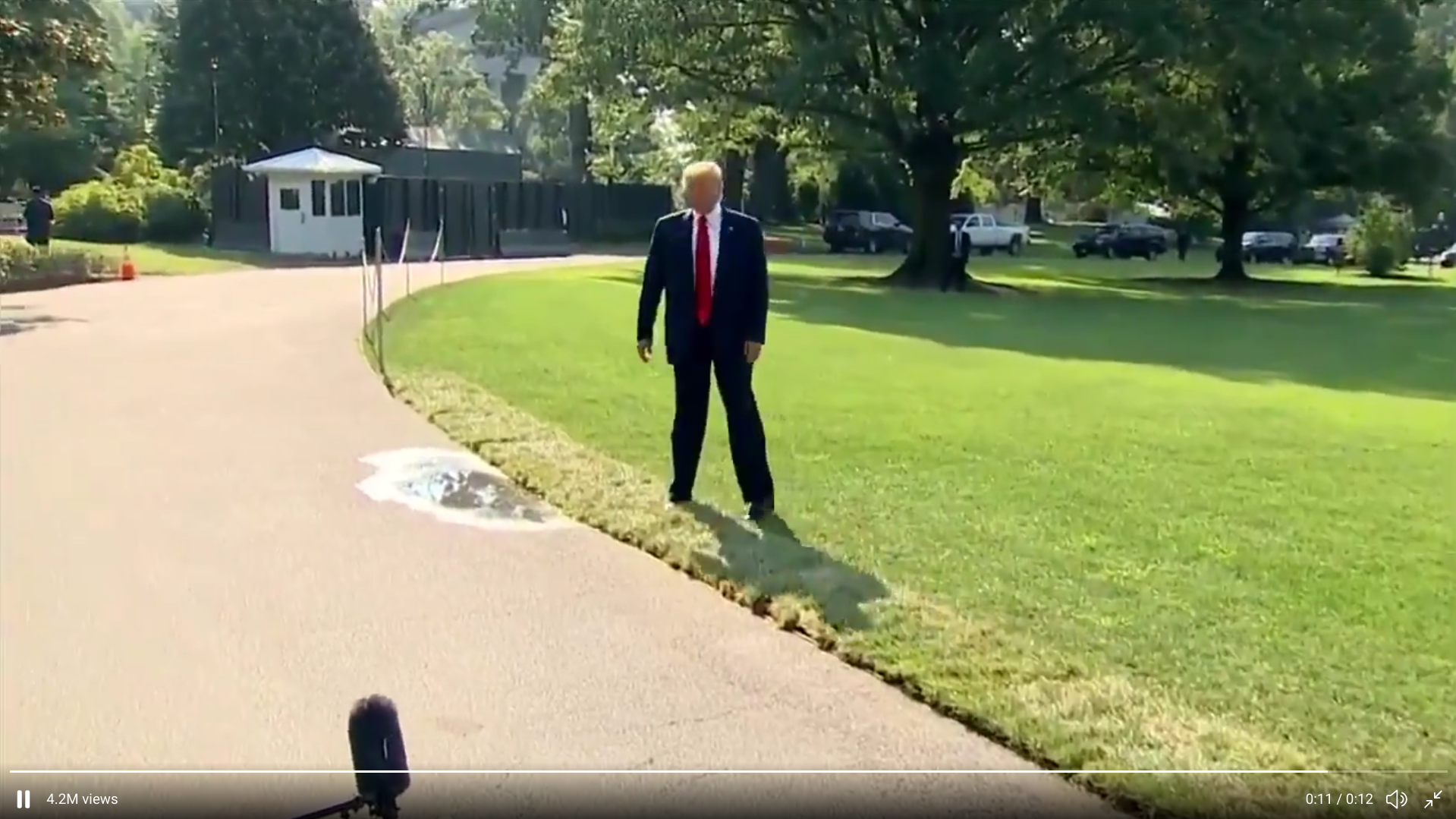 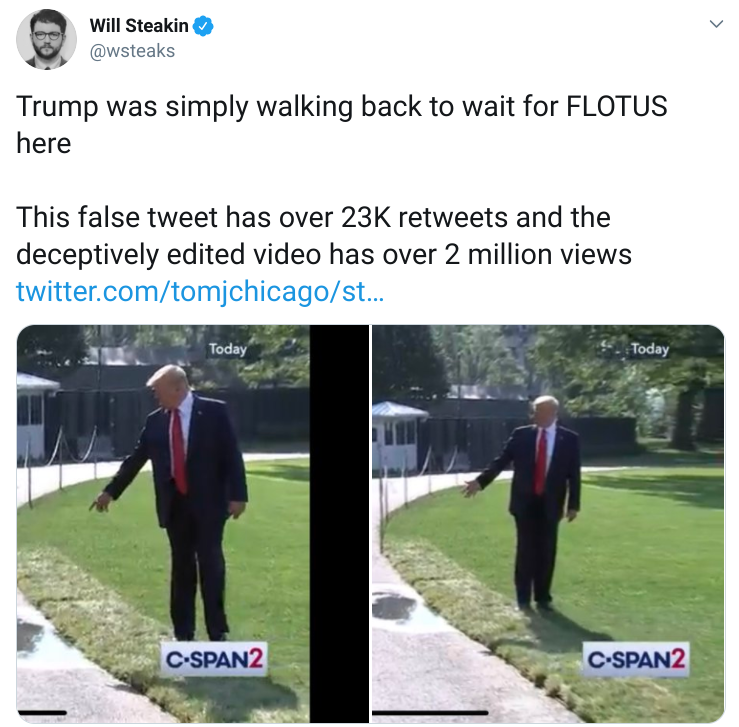 His post appears to be one of many anti-Trump tweets as he appears to frequently accuse the president of having 'dementia' on the social media platform.

According to Twitter's rules and policies, the microblogging service "will not take action to label or remove media that have been edited in ways that do not fundamentally alter their meaning, such as retouched photos or color-corrected videos."

Twitter user Strokebuster also shared the edited clip, which has since obtained more than 4.3million views.

"A well known orange lunatic was seen meandering in the White House lawn.

"I think he is trying to find those sunken MAGA boats in that puddle.

"Well if you notice the guy standing in front of helicopter moves his legs and gets ready for Trump but Trump had other puddle plans."

The shortened clip only shows the moments prior to Melania walking up to the president. 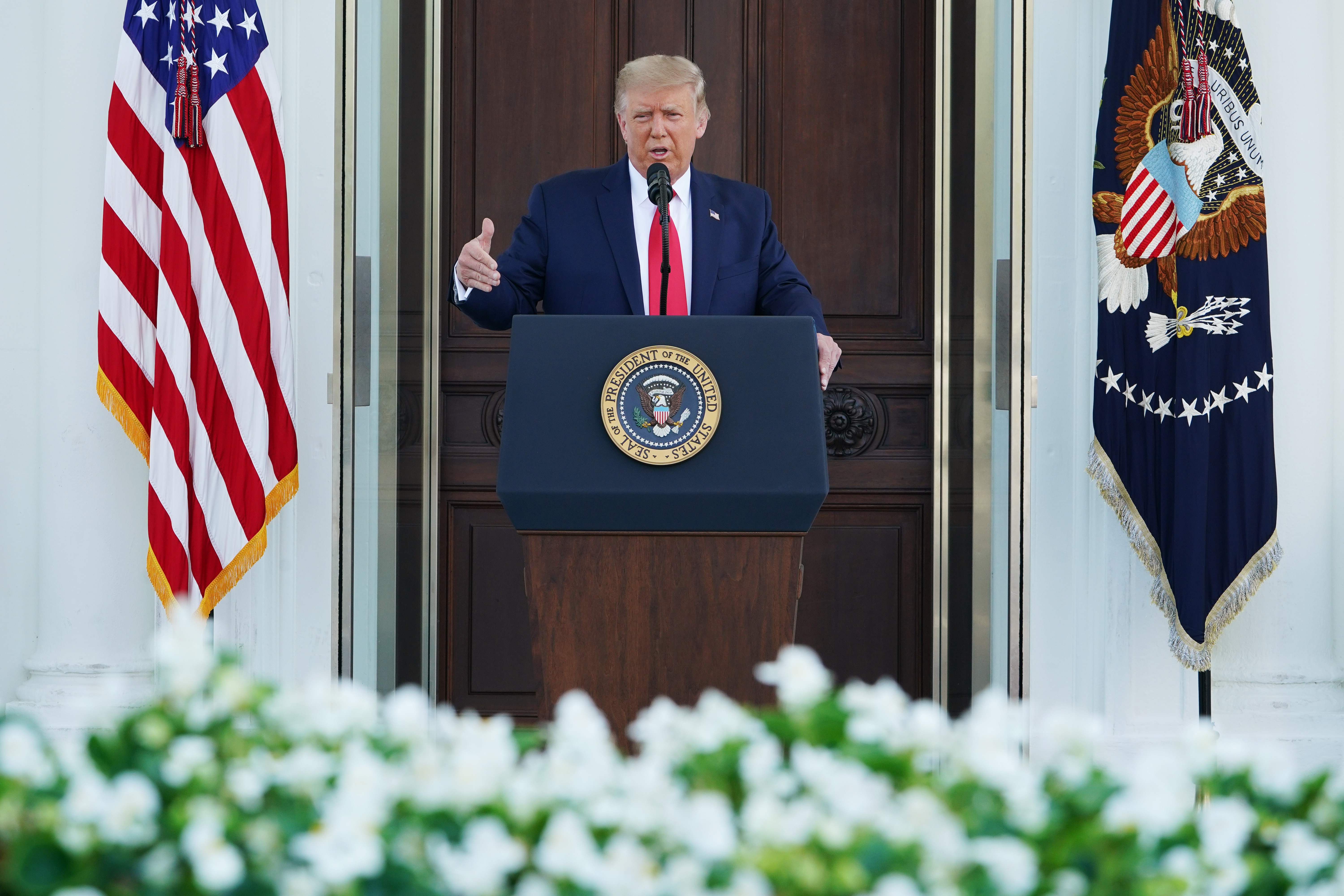 ABC reporter Will Steakin retweeted the fallacious post and wrote: "Trump was simply walking back to wait for FLOTUS here.

"This false tweet has over 23K retweets and the deceptively edited video has over 2 million views."

"It's not OK when either side does this," White House reporter Kathryn Watson tweeted Monday morning.

"Deception is a deliberate disservice to voters."

Earlier this year, Trump retweeted an edited video of Joe Biden – which was identified as "manipulated media."

The "manipulated media" label was used by Twitter for the first time ever on the clipped video of Biden "endorsing" Trump.

It showed Biden stumbling on a speech in Kansas City, Missouri, in which he said the words :"Excuse me. We can only re-elect Donald Trump."

Biden's full sentence, which was cut off by the clip, was "Excuse me.

"We can only re-elect Donald Trump if in fact we get engaged in this circular firing squad here. It's gotta be a positive campaign so join us."