THIS abandoned Hansel and Gretel style cottage swallowed by ivy having been untouched for decades is on sale for an eye-watering price.

Grasshopper Cottage has a partly caved-in roof, smashed windows and is now in need of a complete renovation – but still comes with a hefty £275,000 price tag. 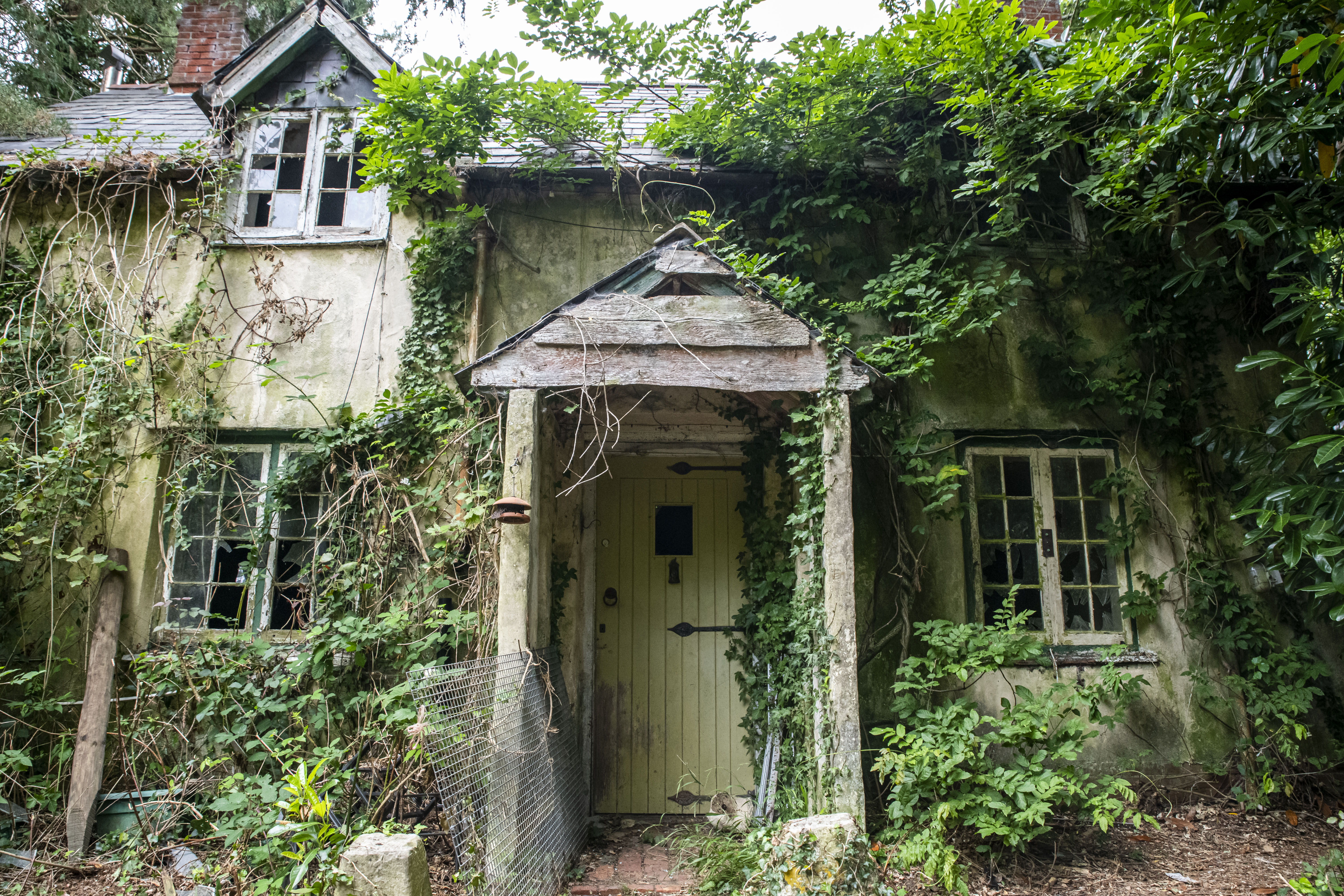 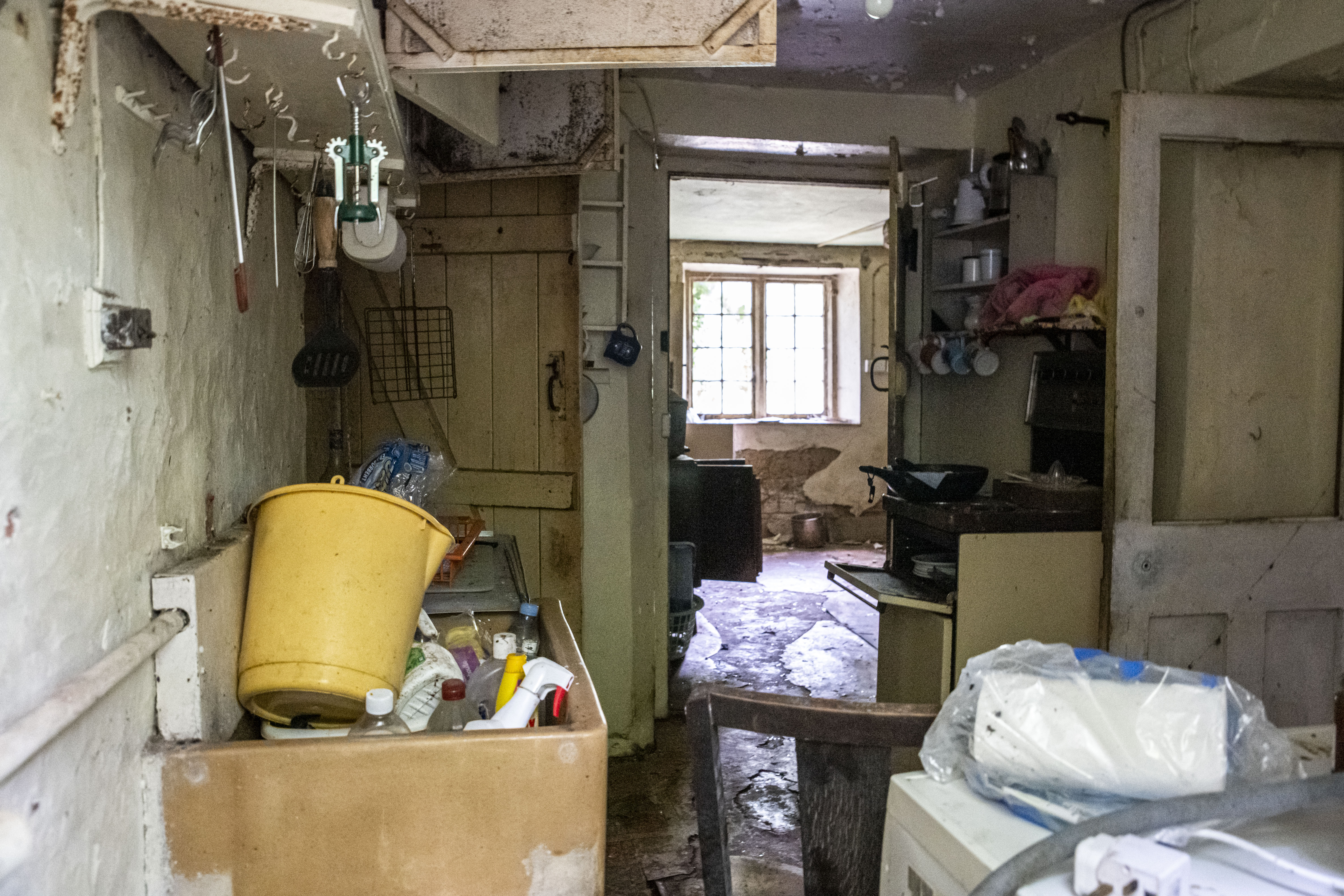 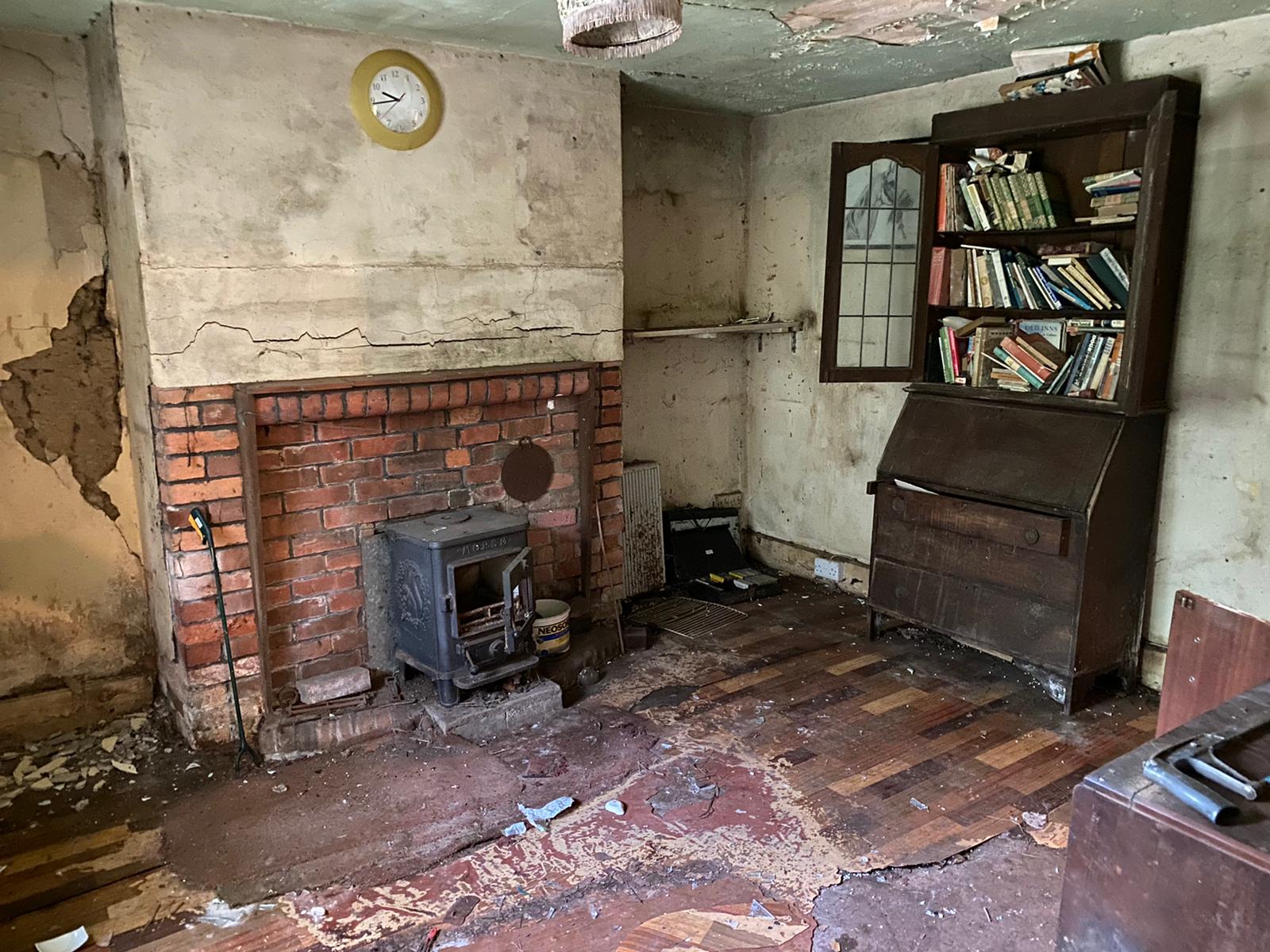 The three-bedroom house, that was built in the 1870s, is in a remote woodland and has been likened to the witch's cottge in Hansel and Gretel due to its setting.

It does not have mains gas or water and inside there are exposed walls and floorboards and the roof needs urgent repairs.

The Victorian property is not listed and the new owners could just knock it down and start again or may want to restore and extend what is already there.

Estate agent Meredith Holmes, of Symonds & Sampson, said that once renovated the cottage in Verwood, Dorset, would be worth at least double its guide price.

It has 877 sq ft of accommodation with an entrance hall, two reception rooms, kitchen, pantry, utility and bathroom on the ground floor and three bedrooms on the first floor.

There are also two sheds and a workshop in the grounds, which total just under an acre and includes paddocks. 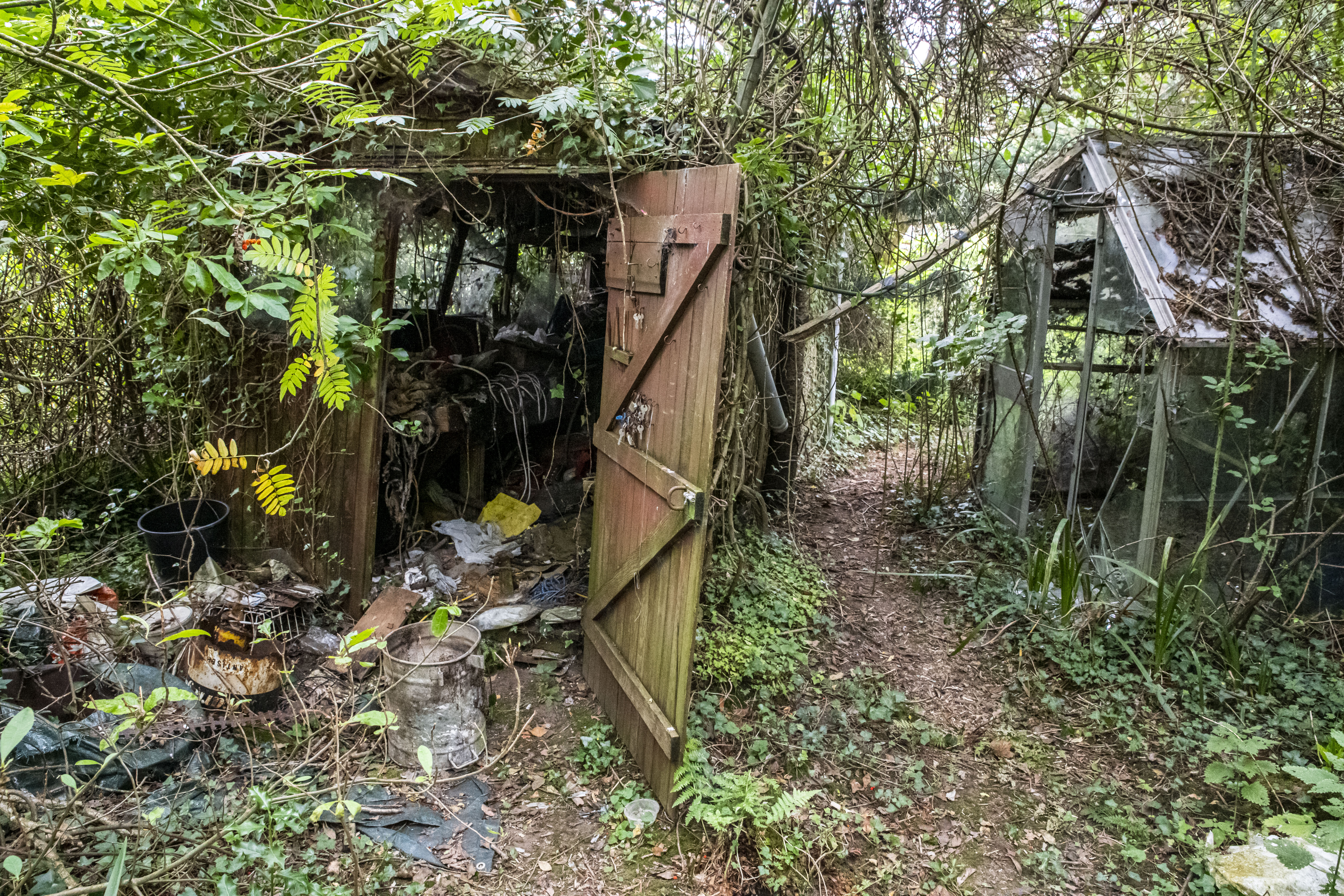 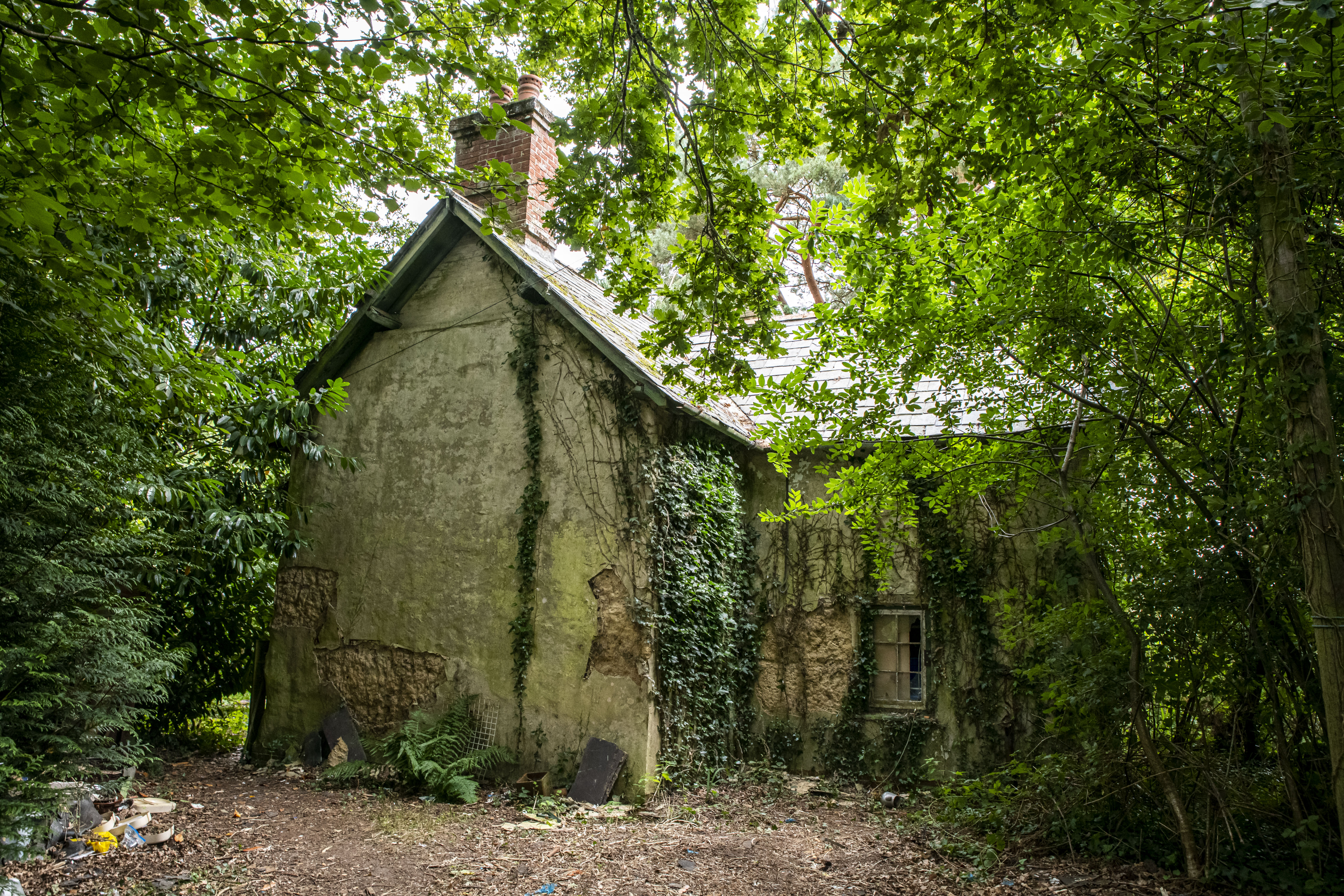 It is in a secluded position with farmland views, once some of the trees in the garden have been trimmed.

Ms Holmes said: "It's an executor sale so not a huge amount is known about the history of the property.

"The owner was a hoarder and when I first went to look at the house it was rammed full of furniture and books and all sorts.

"It would be a huge job to restore it. We've had some people looking at it who would demolish it and start again but the majority of people viewing it want to restore it and live in it themselves.

"The house isn't listed but I don't think it would appeal to developers. There are some restrictions because it is in green belt land and close to an SSSI.

"The garden was a lovely garden once but now it is just completely overgrown and needs some attention.

"The house has mains electricity but there is no mains gas or water, there is a well in the garden and it has a septic tank.

"The roof needs some serious attention and it needs extending – at the moment it has three bedrooms upstairs and no bathroom, the kitchen is quite small and there's just the one bathroom downstairs.

"But it is incredibly unique, I've never seen something like this come up for auction, in terms of its location, setting and the condition it's in. It is a unique opportunity for someone.

"It's literally like stepping back in time, some people have described it as a Hansel and Gretel house.

"It would take somebody a long time to get it right.

"I think the guide price is a realistic value taking into consideration the work needed, but the thing with auctions is you never know what people are willing to pay.

"It's very difficult to say what it could be worth done up but I think we would be looking at double the guide price easily."

Grasshopper Cottage will be auctioned on September 24. 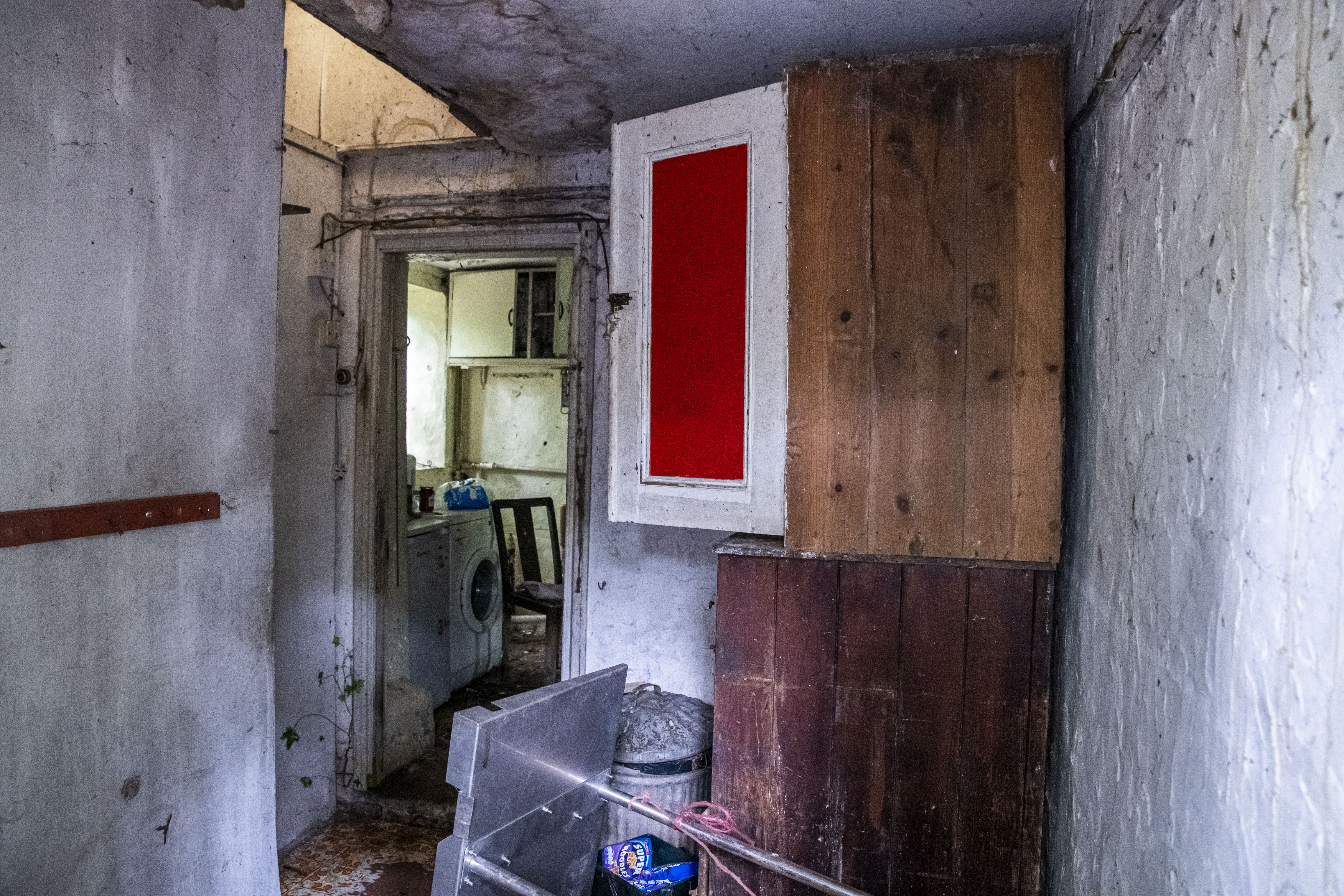 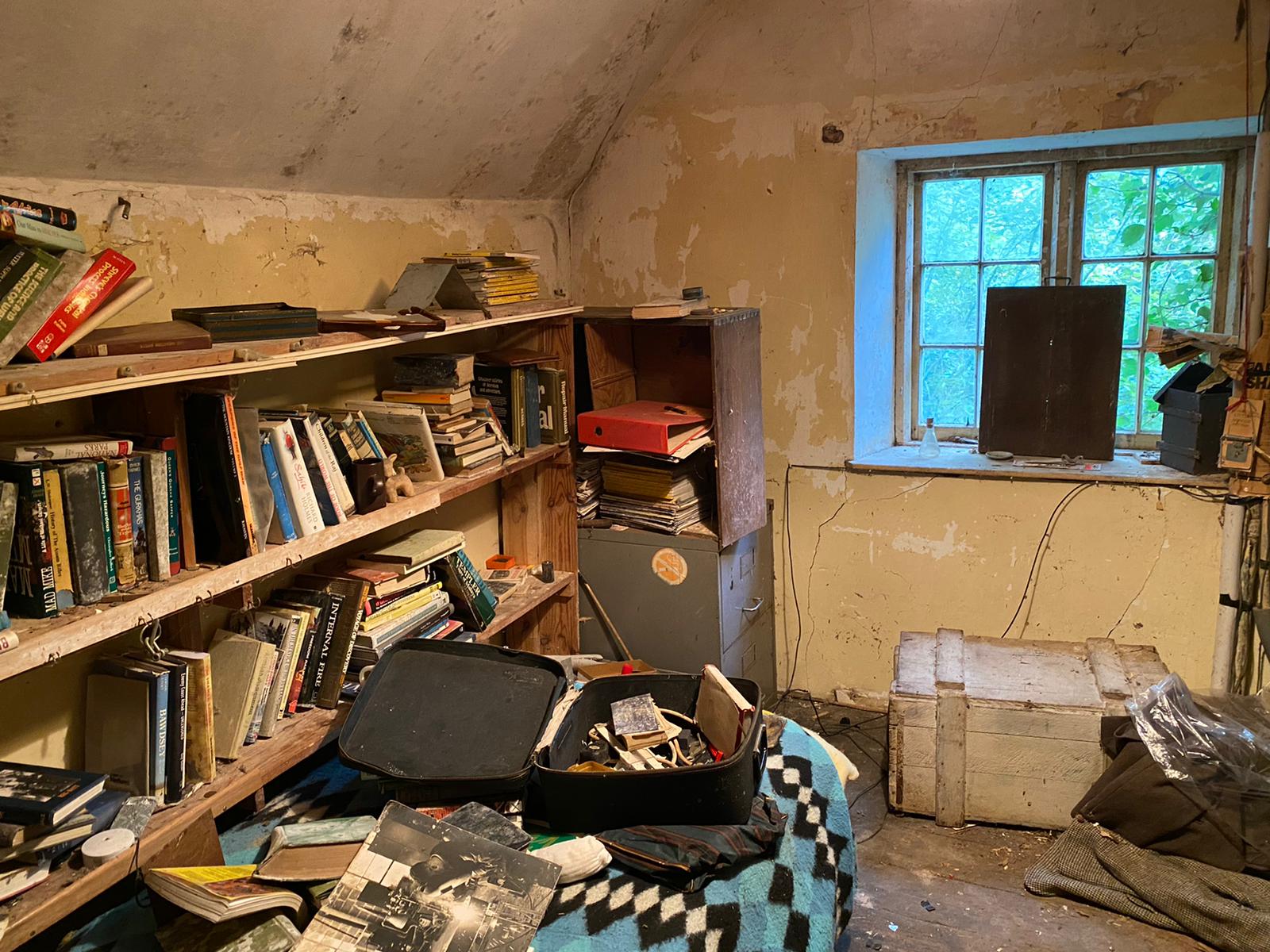 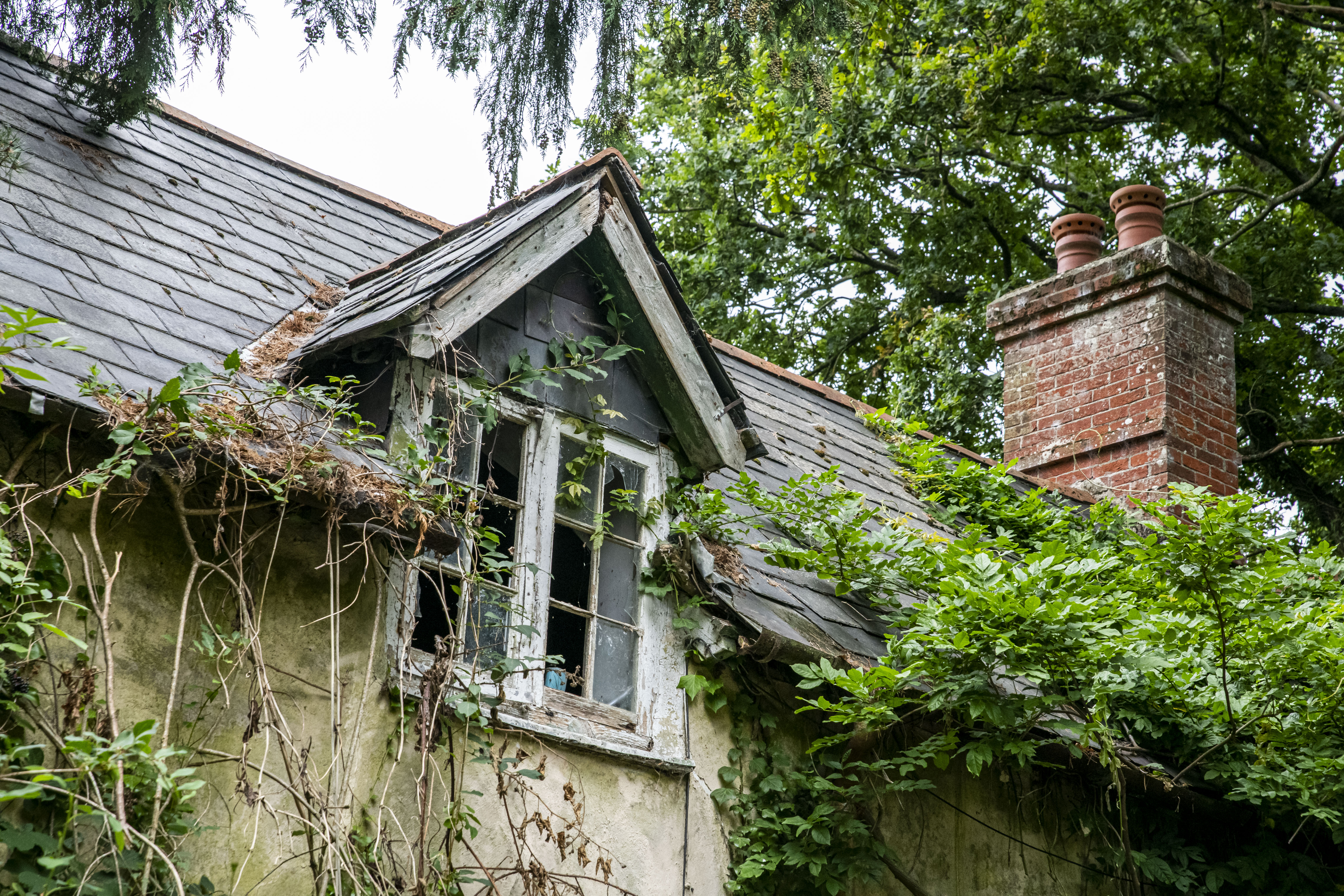