One of Joaquin ‘El Chapo’ Guzman’s attorneys believes his client’s high-profile trial was unfair and has questioned why he wasn’t allowed to cross-examine a supposedly unhinged prosecution witness.

High-powered criminal defense lawyer Jeff Lichtman went on CNN and CBS This Morning on Wednesday after his drug kingpin client was found guilty of all 10 international drug dealing charges against him.

The trial in Brooklyn, New York, that ended on Tuesday, lasted three months and included testimonies from more than 50 witnesses.

Lichtman and his team only used one witnesses in their defense, and made out Guzman to be the fall guy for the massive Sinaloa cartel working out of Mexico.

Now Guznman’s defense team are airing their grievances and are preparing to appeal the verdicts.

Lichtman told CNN’s New Day that Guzman ‘fully expected to be convicted’ and argued that the case was impossible to win. 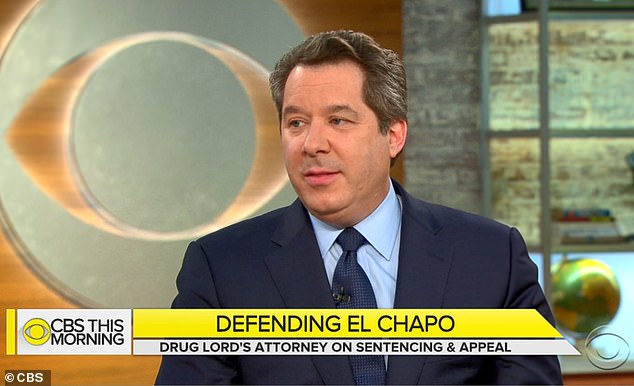 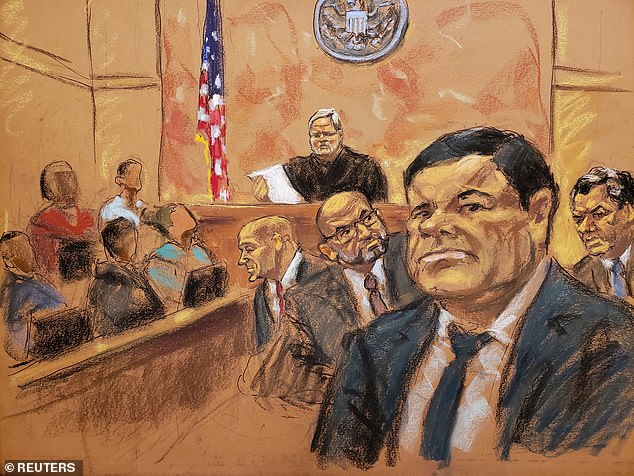 Litchman claimed the Guzman, 61,’fully expected’ to be convicted (seen in this courtroom sketch on the day he was found guilty) 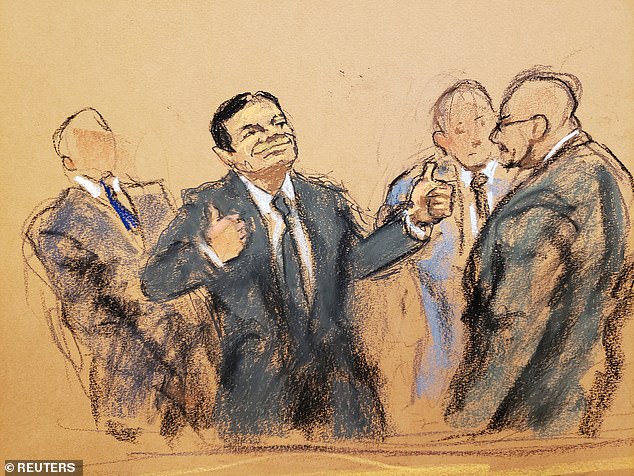 Upbeat: Lichtman said Guzman (seen flashing a thumbs up in this sketch) remained buoyant and urged him to ‘keep fighting’ on his behalf

‘I think he was convicted even before he came to America,’ Lichtman said.

The lawyer further expounded on that idea during his CBS interview, arguing that it was difficult to get around the ‘myth of El Chapo.’

Count 1 – Engaging in a criminal enterprise

Count 9 – Use of firearms

The New York-based attorney, who previously represented John ‘Junior’ Gotti, said he and the rest of the defense team never denied that Guzman was involved in drug trafficking, but they argued that he was not the kingpin heading the Sinaloa cartel.

‘So our position was, he was really a fall guy,’ said Lichtman. ‘There is a guy in Mexico who leads the Sinaloa Cartel who has been indicted in America for decades. He’s been indicted in Mexico. He has never been arrested in 50 years.’

After learning his fate on Tuesday, Lichtman said Guzman remained buoyant and urged him to ‘just keep fighting.’

‘I’m not going to give up, you don’t give up,’ Lichtman quoted El Chapo as telling him after the verdict was read following six days of jury deliberations.

Guzman, 61, is expected to be sentenced to life in a maximum-security prison without the possibility of parole in June.

It is believed he will live out the rest of his days in ADX Florence, the only Supermax prison in the US, and will be denied virtually all communication with the outside world.

Lichtman said he and his colleagues plan to appeal the convictions, but he was skeptical it would work, given the copious amount of evidence brought forth by the prosecution.

In pointing out what he deemed as errors in the trial, Lichtman took particular umbrage at his being barred from questioning a cooperating witness, whom the attorney characterized as being ‘out of his mind.’

‘One of the witnesses believed that the Earth was about to be destroyed in an apocalypse. He believed in 15-foot aliens roaming the Earth searching for gold. And I wasn’t allowed to question him on any of that,’ he said.

When asked why he decided against putting Guzman on the witness stand, Lichtman explained that it was rear in a criminal trial, and that he deemed it a losing strategy, considering the amount of evidence the prosecution could have cross-examined him on. 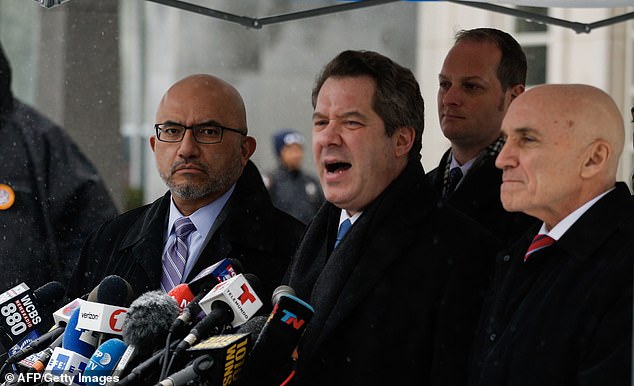 Lichtman complained that he was not allowed to cross-examine and unhinged witness who, he claimed, believed in 15-foot aliens roaming the Earth in search of gold 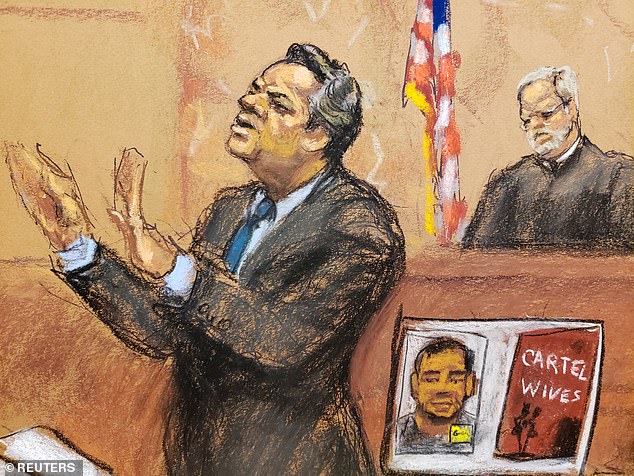 ‘Cool cat’: Lichtman defended calling the notoriously violent cocaine trafficker a ‘cool cat’ and a ‘pleasure to represent,’ saying Guzman was good to him 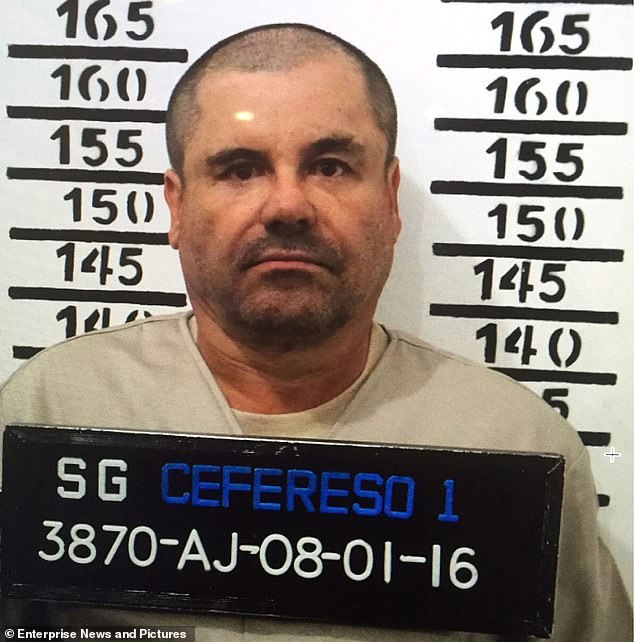 El Chapo was found guilty on Tuesday of drug trafficking, criminal enterprise and firearms offenses after a three-month trial in Brooklyn

Lichtman also defended calling the notoriously violent cocaine trafficker a ‘cool cat’ and a ‘pleasure to represent,’ but said that those attributes do not make Guzman a good person.

‘He was good to me,’ the lawyer noted. ‘As a defense lawyer, if I start being concerned with what people are accused of and what they’re convicted of, I’ll never be able to get out of bed in the morning.’

Lichtman also reassured members of the jury, whose identities were kept secret during the trial for thier protection, that they have nothing to worry about.

‘How is he gonna go after them?’ the lawyer wondered aloud, referring to the jailed drug trafficker. ‘He’s in complete isolation.’