Juan Antonio Pereira watched as soldiers gunned down his wife and children. Now, the accused are finally standing trial.

On the day of the massacre – December 12, 1981 – Pereira, 43 at the time, was at home in the Salvadoran village of Los Toriles with his wife. He was worried. The country was in the early years of a brutal civil war between the Salvadoran military and left-wing guerrillas. He had been hearing a steady stream of gunshots since the day before and he went next door to check in on his mother. While walking back to his home, he saw soldiers approaching and decided to hide.

Pereira, recalling the event 37 years later, said from where he hid, he saw the soldiers murder his wife Natalia, their 10-year-old son Mario and 14-year-old daughter Maria. Fourteen of Pereira’s family members were shot dead that day, including his mother and both brothers.

Nearly 1,000 people – mostly women and children – were killed in the nearby El Mozote and the surrounding towns from December 11 to 13, 1981 in what has been deemed one of the worst massacres in modern Latin American history.

“It hurts my soul still to remember it,” Pereira, now 80 years old, told Al Jazeera while sitting in his niece Sofia’s house in El Mozote. They are two of a small group of remaining survivors of the Pereira family.

In the years that followed the massacre, no one would be punished for the grave human rights abuses committed on that day. But with a case against 18 military officials set to resume this week, justice seems within reach.

“The law will punish for the crimes,” Pereira said.

Divided into groups, raped and killed

The case against the officials was only made possible in 2016 after the Supreme Court struck down a 1993 amnesty law that prohibited the prosecution of crimes committed during the war, which ended with a peace accord in January 1992.

The amnesty law came five days after the UN published a truth commission that detailed atrocities in El Mozote and many other towns.

According to the truth commission, Salvadoran soldiers part of the Atlacatl Battalion arrived in El Mozote on December 10, ordering the residents to stay inside their homes or be shot. The next day, they forced the men, women and children to separate into three groups.

Survivors later reported hearing the screams of women and young girls being raped. The soldiers then gunned down each group and burned the homes, the church and convent where the families were being held. On December 12, the battalion moved on to the town of Los Toriles where Pereira lived. They shot dead residents there as they had done in El Mozote. The mass shootings continued until December 13.

“There was no compassion,” Pereira said, recalling the scene he witnessed that day. 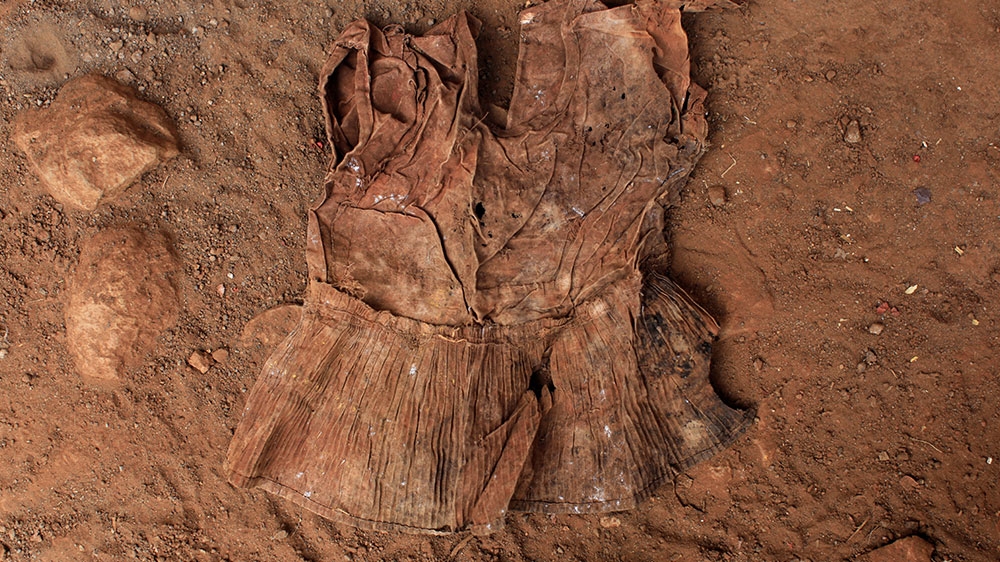 After the massacre, Pereira and other survivors fled to a town near the border with Honduras. “We had to flee without having committed any crime,” he said. They stayed there until they believed it was safe to come back to El Mozote in 1990.

That same year, Pereira and a group of other survivors, launched an investigation into the perpetrators of the massacre with the help of Tutela Legal Maria Julia Hernandez, a local human rights organisation.

The group’s independent investigation compiled dozens of testimonies and ordered exhumations of the area to create a timeline of the massacres and detail how they were carried out.

But the amnesty law three years later blocked any real hopes of justice.

“Supposedly that was the end of it,” said Ovidio Mauricio Gonzalez, director of Tutela Legal. “But we kept doing exhumations and we kept pressuring for an investigation into the participants of the acts.”

In 2012, the Inter-American court ordered the Salvadoran government to recognise the massacre in El Mozote and provide reparations for the victims.

Six years later, the amnesty law was struck down. A year later, the government published a list of 978 names of the victims of the massacre. More than half were children. Lawyers of Tutela Legal reopened the case against the perpetrators, which continues today.

The military maintains the deaths were the result of a confrontation between guerrilla fighters and the battalion. But extensive testimonies, along with forensic evidence showing the age and gender of the victims, strongly contradict the state narrative. The truth commission reported it was a common military practice to kill residents of rural villages near where the guerrilla operated to “cut off their lifeline”.

In 2011, the country’s leftist government apologised for the killings. 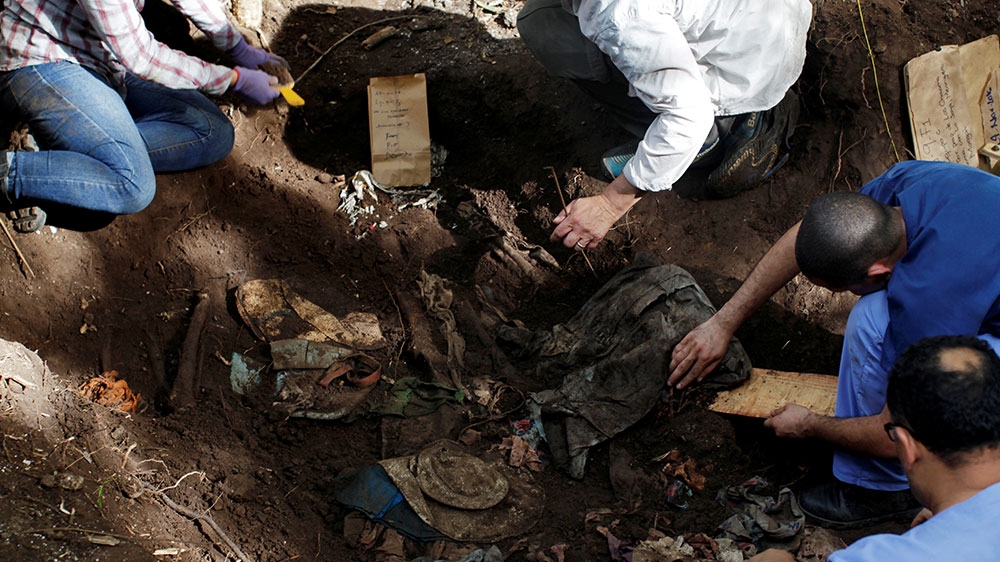 “Every person has a right to access justice and this right can’t be denied because of a manipulation by the state, especially when it comes to crimes against humanity and war crimes,” Tutela Legal’s Gonzalez said. “It’s about recognising the dignity of the victims who were massacred for the simple fact of living in a place that was of guerrilla influence.”

The responsibility for the crimes extends beyond the Salvadoran state, Gonzalez said. The US embassy was aware of the massacre as early as January 1982, but worked to cover up the horrid events, according to a 1993 investigation by The New Yorker.

The Atlacatl Battalion had been trained by the US before it was sent to El Mozote to rid the area of guerrilla presence. The US had also sent billions of dollars to the Salvadoran government during the country’s 12-year civil war to fight communism. The US government has yet to recognise its role in the El Mozote massacre.

“The US should also recognise that it has its share of participation in these acts,” Gonzalez said.

For now, though, survivors and rights advocates hold on to the case against the 18 officers. The trial was suspended in August 2018 to await results of exhumations ordered by the judge. It is set to resume on Friday and will likely continue for six months to a year.

“They want to cover the sun with their finger, but we were witnesses,” Pereira said. “Some people are telling the truth and some people are lying. But God sees everything.”

Gonzalez added that carrying out justice “would show that this country has really changed. And that this type of conduct isn’t tolerated.” 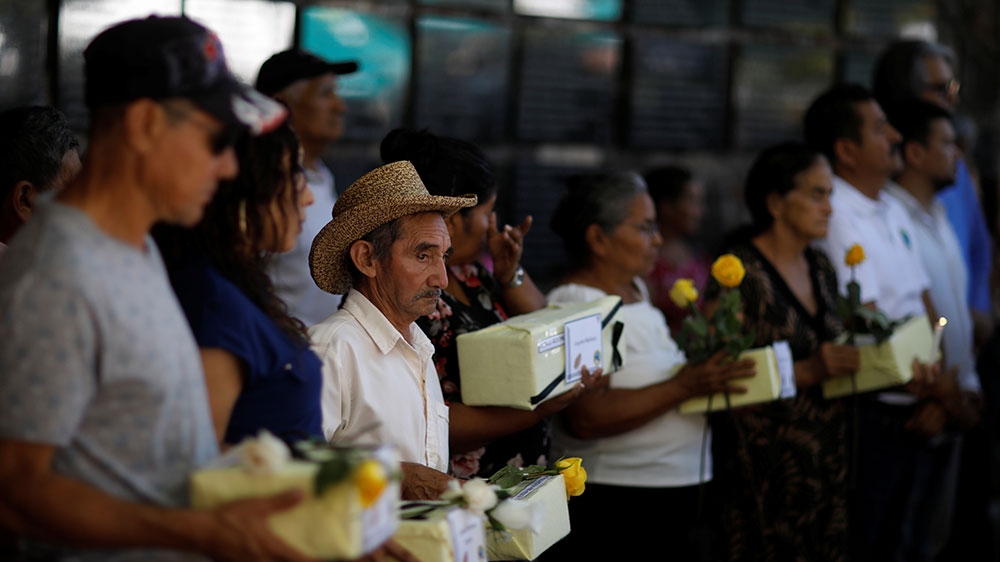