Authorities of El Salvador seeking to reach an agreement with Qatar to allow Salvadorans to work in the Gulf country. 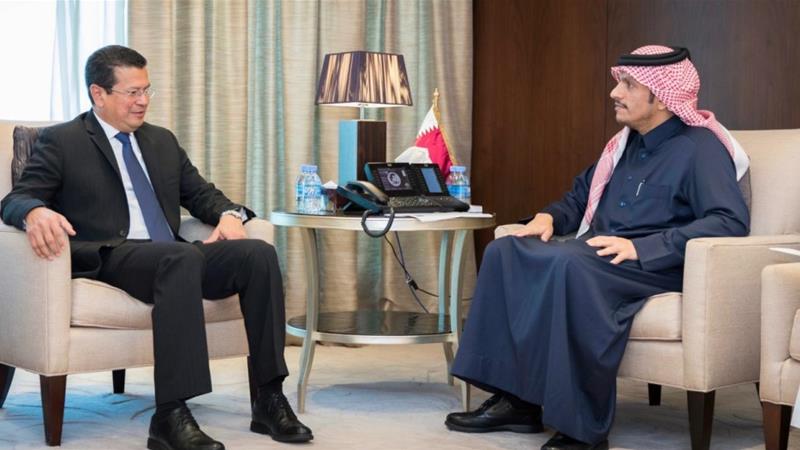 El Salvador is seeking to reach an agreement with Qatar to allow Salvadoran migrants who are forced to leave the United States to work temporarily in the Gulf country, a spokesperson for the Salvadoran presidency said on Tuesday.

Last week, US President Donald Trump’s administration said that as of September 2019, it would eliminate the temporary protected status, or TPS, that allows about 200,000 Salvadorans to live in the United States without fear of deportation.

Presidential communications chief Eugenio Chicas said El Salvador was in talks to see how Salvadorans could be employed in Qatar.

“The kingdom of Qatar … has held out the possibility of an agreement with El Salvador whereby Salvadoran workers could be brought across in phases (to Qatar),” Chicas told reporters.

After an unspecified period, the Salvadorans would return home, Chicas added, without saying how many workers the programme would encompass.

Hugo Martinez, the Salvadoran foreign minister, said during a visit to Qatar that his country had “very, very skilled” workers to offer the Gulf nation.

Martinez, who is visiting Qatar until Friday, asserted that workers from the Central American country could excel in areas such as engineering, construction and agriculture.

“We are negotiating [the possibility of bringing] temporary workers, very, very qualified people, engineers who work in the maintenance of aircraft and mechanics,” Martinez told reporters at a local ceremony.

Martinez also noted that Qatar had offered to provide health services to the Central American country, which is struggling with a weak economy and gang violence.

Qatar’s foreign ministry said in a statement that the two countries are interested in developing bilateral relations, especially in the fields of economy and culture.

But some Salvadorans have expressed discontent with the move.

Translation:”They are now offering Salvadorans to #Qatar at 2×1. Some [as a consquence] of the TPS cancelled and others [that are] without work in [the country],We are treated as goods, the twitter account of a Salvadoran blog, Caiga quien Caiga, wrote on January 16.