Emotional Andrew Neil battled back tears today thanking This Morning hosts Holly Willoughby and Phillip Schofield ahead of the launch of his GB News channel.

The veteran journalist, 72, was bidding farewell to the daytime show before the start of his new endeavour.

While he has a reputation as a fearless interrogator of politicians, he showed his softer side as his voice cracked with emotion at points.

He has appeared on This Morning regularly to contribute to the magazine programme’s topical new round-ups and debates.

But today as the section ended he said: ‘Listen, I wanted to come on today to thank you.’

Holly told him ‘Aw, well thank you! It’s been wonderful having you here this year!’ before Phillip quizzed ‘What are you thanking us for?’.

Andrew, who hinted Piers Morgan was in discussions to join him, was visibly emotional and his voice wavered as he told them ‘For being so kind, wonderful’.

As Phillip wished him the best of luck, Holly joked ‘Thank you, hope it goes well, thank you, you are soft sometimes’. 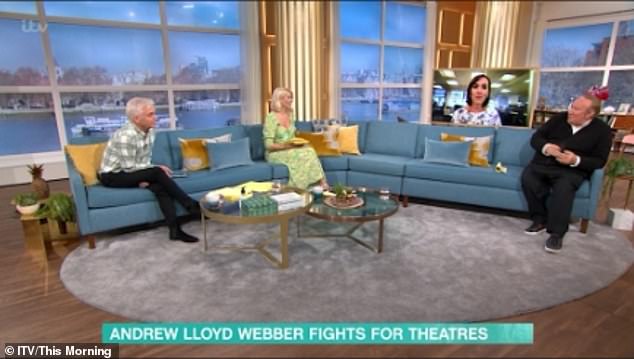 Phillip wished him the best of luck, Holly joked ‘Thank you, you are soft sometimes’ 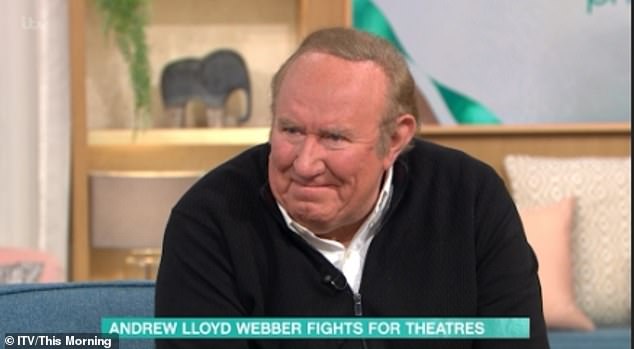 GB News will launch at 8pm on June 13 with a special programme, it has been confirmed.

The new channel, of which Andrew is the chairman, will kick off with a show called Welcome To GB News.

It was previously announced that former Daily Politics presenter Neil will lead the channel’s evening line-up with a prime-time news and interview programme.

A morning show called The Great British Breakfast will feature a selection of hosts including former Sky Sports presenter Kirsty Gallacher, Darren McCaffrey and Rosie Wright, who will all work across other programmes and stories.

Broadcaster and author Neil Oliver, known for programmes including Coast and A History Of Ancient Britain, will host Neil Oliver Live.

The new channel, chaired by veteran political interviewer Neil, will kick off with a show called Welcome To GB News (pictured: tweet from news network confirming the launch date) 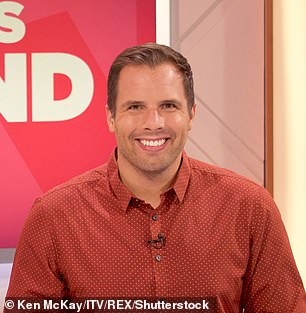 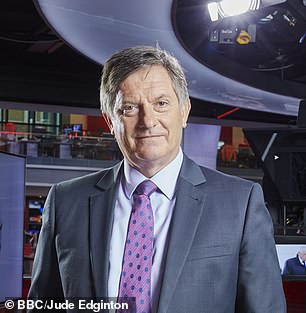 Other high-profile signings to the news network include ex-BBC presenter Simon McCoy (pictured right) and the MailOnline’s Dan Wootton (left, in August 2018) 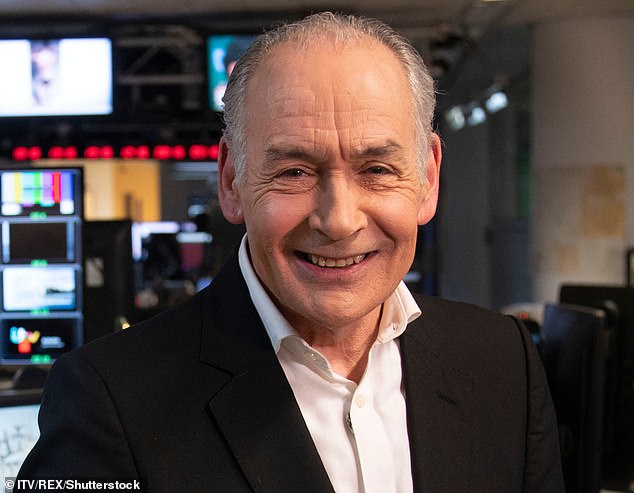 And Andrew Doyle will host Free Speech Nation, described by the channel as ‘a fearless filleting of the country’s thorniest debates’.

McCoy and Alex Phillips will also co-host an afternoon programme.

News UK owner Rupert Murdoch had plans last year to launch a channel of his own, which would have been of similar content as a challenger to the left-leaning news coverage offered by the BBC, but has since decided it was not ‘commercially viable’.

The channel will have an on-demand streaming service available on Sky, Virgin Media, Youview and Freesat and will air on Freeview channel 236.