Enterprising schoolboy, 16, rents out designer trainers including a £1,249 pair of Louboutins for £20-a-day after saving up money from part-time jobs to buy his stylish haul

A schoolboy has started up his own business renting out luxury shoes.

As well as studying for highers, 16-year-old Iman Khan has launched a Instagram business renting out footwear worth up to £1,250.

Iman, from Glasgow, has spent £5,000 of his own cash on his stock of shoes after raising the money from part-time jobs. 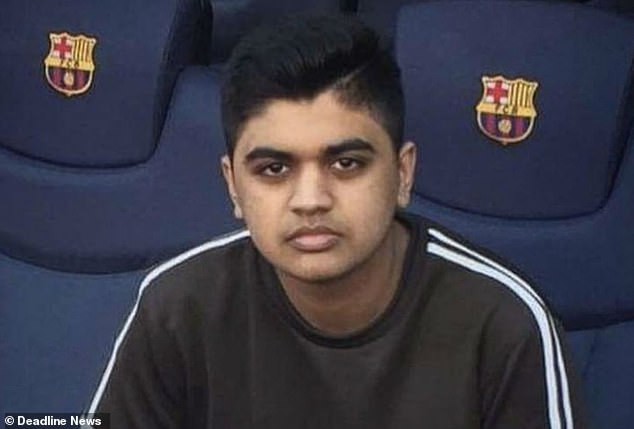 Iman Khan, 16, has launched a Instagram business renting out footwear. Customers have positively reviewed the business venture, which Iman shared on his Instagram story

Customers pay £20 a day, £40 for a weekend and £70 a week for the chance to show off footwear they couldn’t normally afford.

The star item in his collection is a pair of Louboutins worth £1,249.

Customers get in touch with Iman on Instagram and he arranges for the required pair to be delivered.

A £100 deposit is handed over and the customer has to provide photo ID with an address to reduce the risk of theft. 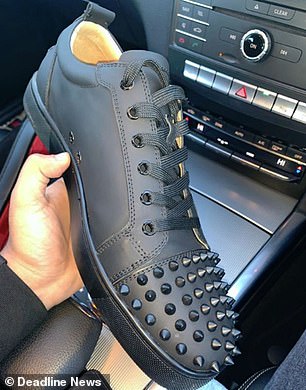 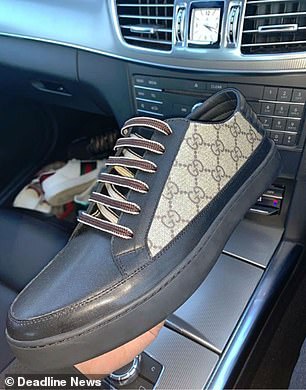 Customers pay £20 a day, £40 for a weekend and £70 a week for the chance to show off footwear they couldn’t normally afford. His collection includes a pair of Louboutins worth £1,249, shown left, and Gucci sneakers worth £500, pictured right

His business, described as the ‘UK’s first luxury shoe rental company’ deducts £30 from the deposit for scuffed or dirty shoes and the same for ‘smelly’ footwear.

Iman, who is studying Maths, English, Physics, Chemistry and Computer Science, said: ‘The idea was so people could wear the luxury shoes without having to pay full price.

‘It could be people who can’t afford and just want to show off at a wedding, birthday or night out.

‘Or it could be people who can afford the shoes full price but know they’ll only wear them once or twice so no point paying full price.’

He added: ‘I started Rent A Shoe when one of my long term customers was getting married and didn’t want to spend £900 on a pair of wedding shoes he’ll wear once.

‘So I said to him I’ll let him rent them for his wedding day and it went well. I then did this with a couple of my other customers.

‘I thought why not just start a page and do this properly because I’ve always got shoes coming and going? With the investing side, my current collection is worth around £5,000.’

Iman’s mother, Alveera Khan, 38, said today: ‘I’m so proud of him and I believe if they have a passion about something it is good to give them encouragement. 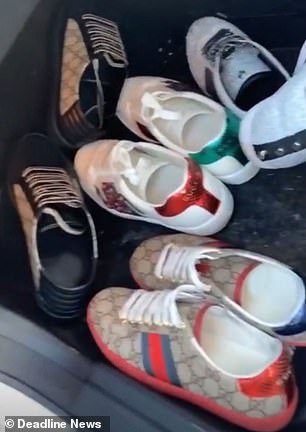 Customers get in touch with Iman on Instagram and he arranges for the required pair to be delivered. A £100 deposit is handed over and the customer has to provide photo ID with an address to reduce the risk of theft

‘He was always interested in shoes and would spend his pocket money on buying shoes for himself and once he was done with them he would get another pair. He would only wear them for a few months so he started sell them online.

‘I was really proud to see his modesty. He thought about the idea of renting shoes because some people couldn’t wear the most expensive items and felt bad about it so he thought about it and saw there was a business opportunity.

‘It was cheaper for people so anybody can afford anything to wear as people want to be seen in the lastest thing.’

Anonymous customers have positively reviewed the business venture, which Iman shared on his Instagram story.

One said: ‘Very Professional and quick service. I got shoes for a night out on Friday and got loads of compliments without having to pay the full price and I returned them on Sunday and got my deposit straight away.’

Another said: ‘It was perfect. First time coming across a something like this and it’s exactly what I needed! Will be booking again this weekend probably.’

However, not everyone was impressed.

@Jaymunro7 responded on Twitter: ‘Is this actually what it’s come to? Act your wage.’

@jessicapink1985 said: ‘It shows how s*** society is if people feel theyneed to rent shows to feel decent.

@DrChintester-MD added: ‘I’ve genuinely had enough of the way the world is and the things people do.

‘How has it got to the stage where people rent shoes cars homes just to pretend they own them that to me is insane.’